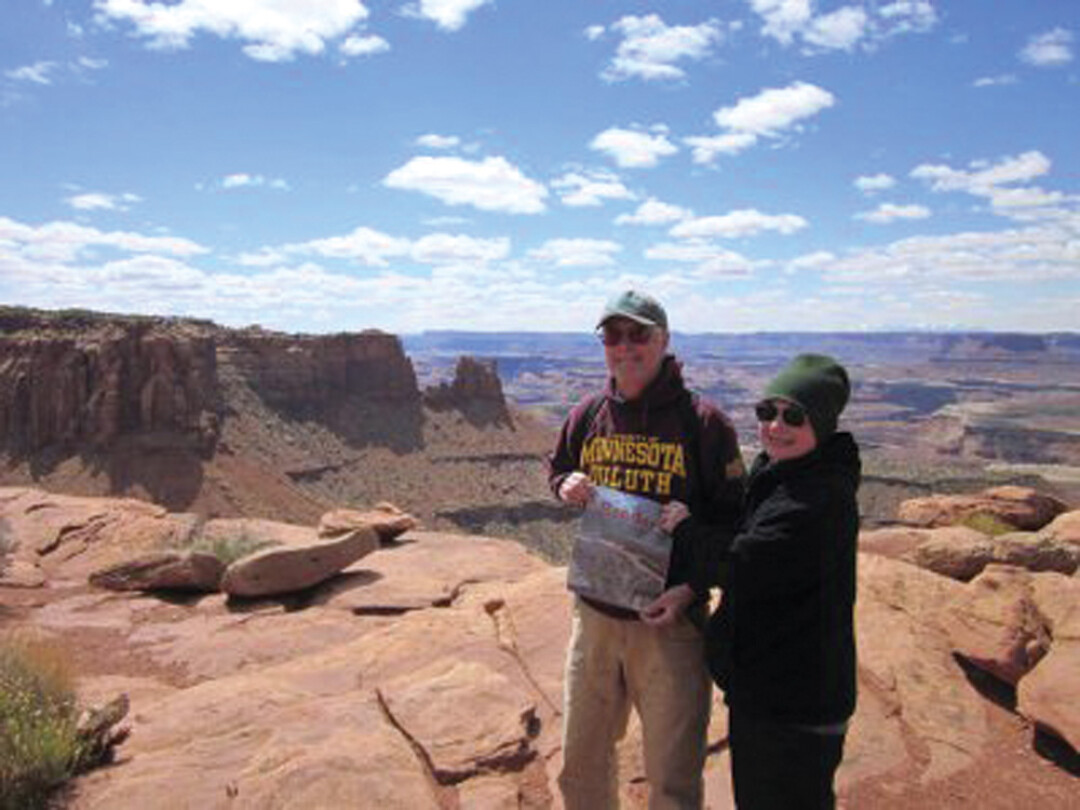 Sunday, April 10, 2011, in Canyonlands National Park, at the end of the Grand View Point Overlook trail.  Somewhere off in the distance is the convergence of the Colorado and Green Rivers.  We’d been travelling and camping for over a week, pretty much out of touch with the world, and had just learned from another hiker that the UMD Bulldogs had won the NCAA Hockey championship!! I’m glad I was wearing my UMD sweatshirt!