The women of New World Cinema 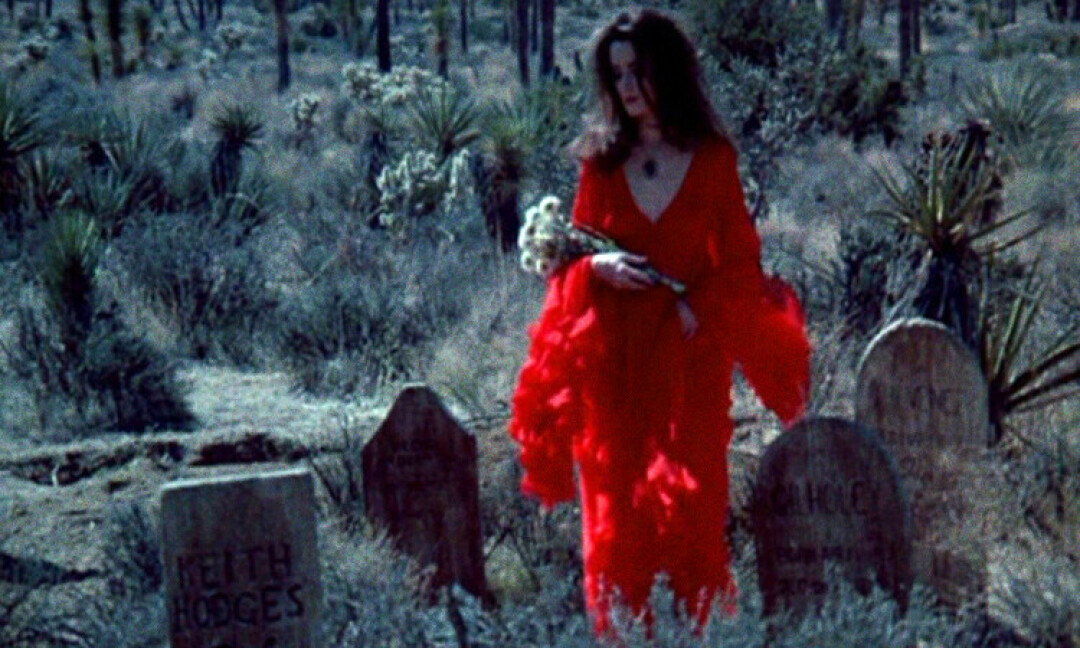 The day after the last issue was published, I got an email from one of my streaming services, the Criterion Channel, letting me know that 70-some films would be removed from the channel at the end of the month (Criterion has an ever-changing lineup of films).

When I got home that evening, I called up Criterion Channel and looked at the list of movies that will depart, and to my great surprise was a collection of films called Women Filmmakers of New World Pictures, and among those five films were four I had referenced in last week’s column, two of which I wrote I had been unable to find from my streaming services, and, yet, here they were all the time. Don’t know how I overlooked that Criterion collection.

This is how it is introduced by Criterion in this collection: “In the history of American independent cinema, few studios had assumed the legendary cult status of New World Pictures...specializing in grindhouse sleaze staples like biker and women-in-prison films, the studio was a training ground for many up-and-coming New Hollywood mavericks, including a handful of trailblazing women who infused the company’s exploitation formula with a startling antipatriarchal punch.”

The intro goes on to say that the films in this collection “stand out as fascinating examples of how the transgressive pleasures of exploitation cinema can be wedded to a subversive approach to gender and genre.”

The collection includes two by Roger Corman protege Stephanie Rothman – The Student Nurses from 1970 and The Velvet Vampire, 1971; Humanoids from the Deep (aka Monster), 1980, by Barbara Peeters; Slumber Party Massacre, 1982, by Amy Jones (that is her credit on the film, but everywhere after that she is referred to as Amy Holden Jones); and Suburbia, the 1984 movie by Penelope Spheeris about punk kids trying to live in the modern world.

So I jumped right into Rothman’s 1970 cult hit The Student Nurses. 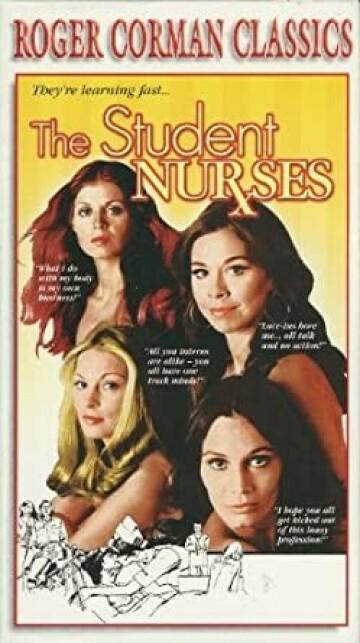 Rothman and her writer/producer husband Charles Swartz were asked by Corman to come up with a formula film “about very pretty student nurses with as much nudity as an R-rated film could have.”

Rothman said since Corman was out of the country working on his own film (Von Richtofen and Brown), she and her husband were free to develop the movie as they saw fit, which takes your basic exploitation movie into the socio-political commentary arena. It almost comes across as a distillation of the “message” films produced by Ida Lupino and her husband 20 years before, tackling modern issues such as polio, bigamy and unwed mothers.

As Rothman said in a 2007 interview about having freedom to make Student Nurses: “This freedom, once I paid my debt to the requirements of the genre, allowed me to address what interested me... political and social conflicts and the changes they produce. It allowed me to have a dramatized discussion about issues that were then being ignored in big-budget major studio films: for example, a discussion about the economic problems of poor Mexican immigrants... and their unhappy, restive children; and a discussion about a woman’s right to have a safe and legal abortion when, at the time, abortion was still illegal in America. I have always wondered why the major studios were not making films about these topics. What kind of constraints were at work on them? My guess is that is was nothing but the over-privileged lives, limited curiosity and narrow minds of the men, and in those days they were always men, who decided which films would be made.”

So, yes, we see some of the Latinx struggle through the eyes of one student nurse, while another goes braless and then has to go through the abortion struggle after being abandoned by her drug-dealing, vegetarian, biker dude boyfriend.

In one poignant exchange between the soon-to-be-pregnant nurse and her soon-to-be-absent hippie boyfriend, she asks, “What’s your thing?”

“You mean what’s my money gig?”

Yes, it’s kind of dated that way. In another exchange between this doomed pair, he’s trying to convince her to drop acid, but she says she’s afraid.

“A nurse should know drugs, and the best way to know drugs is to do them,” the boyfriend says.
That allows Rothman to shoot Pacific Ocean waves as if they are in on the trip.

The Student Nurses is definitely an oddity of its time, but it’s got nothing on Rothman and Swartz’s next movie, The Velvet Vampire. 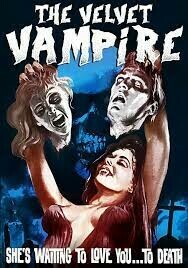 As I mentioned last week, Rothman, an outstanding graduate of the USC film program and a Roger Corman protégé, is often named as the first female horror film director with her work on the 1966 Blood Bath. In truth, she was the third of three directors who had something to do with the movie that exists today.

The titular character is portrayed by Celeste Yarnall, who died her blonde hair brown to play the dune buggy-driving, centuries-old vampire seductress who sets her sights on a young couple she meets at an art opening.

As an actress, she is perhaps best known by Star Trek fans as Yeoman Martha Landon in the second season episode titled “The Apple.”

But she also has enough of a reputation to adorn the cover of author Tom Lisanto’s 2010 book Fantasy Femmes of Sixties Cinema (Interviews with Twenty Actresses from Biker, Beach and Elvis Movies). 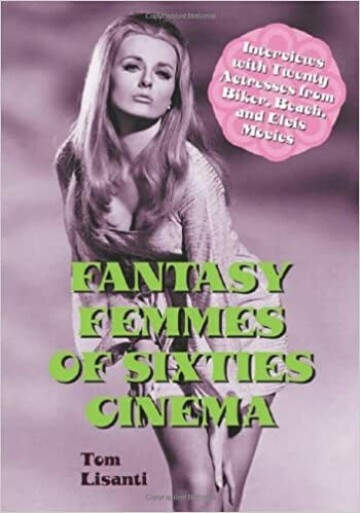 In Velvet Vampire, Yarnall stars as the mysterious Diane LeFanu. She meets the young couple at an art show, is introduced to them as a good client of the gallery owner. She invites them to spend the weekend at her secluded desert home.

Minneapolis native Michael Blodgett (just off what may have been his most famous role as Lance Rocke in Russ Meyer’s 1970 Beyond the Valley of the Dolls) plays Lee Ritter, the free-spirited young husband, who is immediately and obviously attracted to Diane. Sherry DeBoer is Susan, the whiny teen wife who doesn’t like Diane because of the obvious chemistry between her and Lee.

Her best whining comes at the first dinner the trio are sharing at Diane’s house, steak tartare. When Lee tells her to just try it, she whines back, “I have tried it. I just don’t like the taste of raw meat.”

The insatiable Diane goes through a biker who tries to rape her, her dune buggy mechanic, her butler and Lee, but when she attempts to dine on whiny Susan’s blood, Susan enlists the aid of street corner hippies to wield crosses taken from a conveniently located cross stand, to subdue Diane. They then rip her clothes off to expose more skin to the sun, and she bursts into flames.

But whiny wife is still not safe because there is a surprise ending that I saw coming a long time ago.
Some interesting music throughout. The movie opens with a mix of classical piano and acid guitar. There’s a nice musical interlude at the art gallery with acoustic bluesman Johnny Shines singing his “Evil-Hearted Woman.”

But mostly watching this felt a bit like time travel, what with the bell bottoms and jargon of the period. 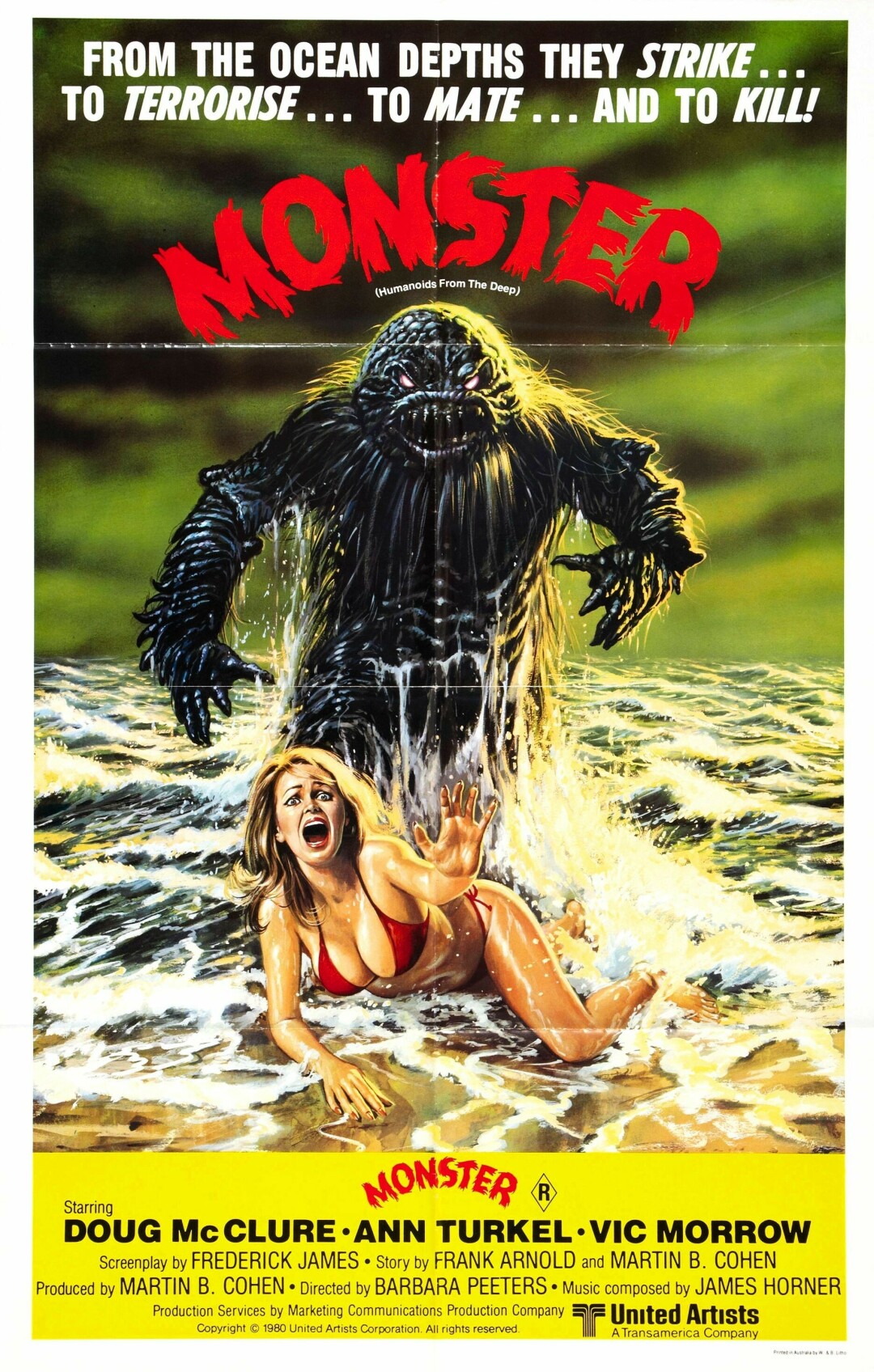 Time to move on to Barbara Peeters’ 1980 creature feature Humanoids from the Deep (also known in some parts of the world as Monster, perhaps because that is the featured title when the movie starts).

Peeters has explained in interviews how the movie came to her: “He (Roger Corman) offered it to all the boys, but the boys turned it town. It was a terrible script. So he offered it to me.”

The story is a simple one. A West Coast fishing village is struggling to survive with an unexplained decline in fish. Unbeknownst to the villagers, scientists have been trying to breed larger salmon, and their experiments have unleashed a fast-evolving high-on-the-food-chain creature that wants to mate with human women and destroy all else.

The village is about to celebrate its 75th annual salmon fest – perfect timing for maximum mayhem from the humanoids.

A subplot of the film involves racial tensions by the local bigshot, played by Vic Morrow, and a young Indian fisherman. Playing a racist would be the death of Vic Morrow. Three years after this film, Morrow was again playing a racist who goes through an educational transformation in Twilight Zone: The Movie. Morrow and two Vietnamese children were killed in a helicopter accident during the filming. 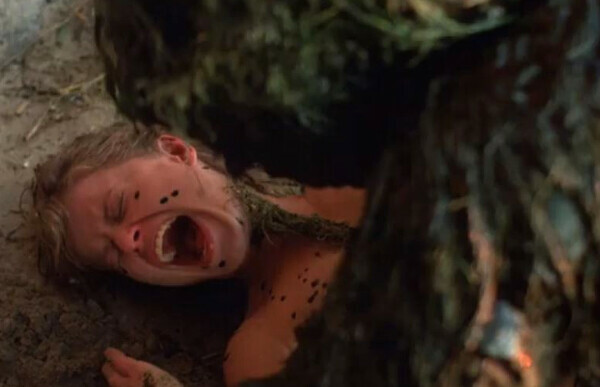 I ended this marathon with Amy Jones’ 1982 Slumber Party Massacre. I’m not a fan of slasher movies, but I thought this one might be different because it is based on a screenplay by feminist author Rita Mae Brown. Descriptions said it contains more humor than your usual slasher flick, but I wasn’t laughing.

No, it’s your typical slasher flicker, and not just because the slasher in this one uses an electric drill.
It seemed very typical to me.

Way too much time spent watching naked high school girls soap up in the shower, and dumb boys trying to scare them and then getting killed.

The heroine is beautiful new girl Valerie (played by Robin Stille, who looks much older than her high school compatriots – she was 21 at the time; she committed suicide in 1996 at age 34).

The soundtrack, composed on a Casio, sounds like it was left over from a John Carpenter film.

I was not able to include Spheeris’ Suburbia in this marathon. Perhaps we’ll tackle that another day, or her three part The Decline of Western Civilization.