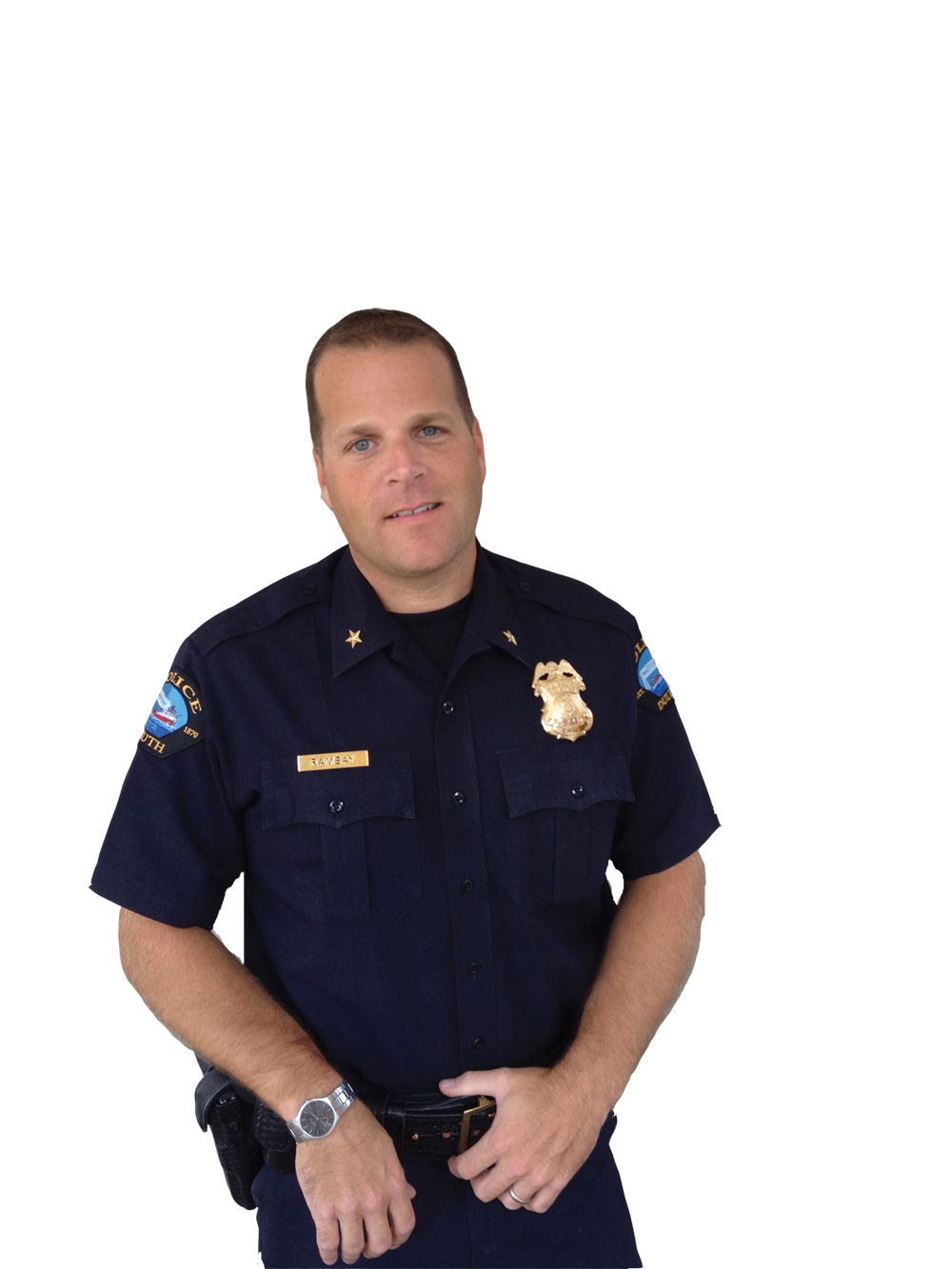 Reader: Give me your thoughts on equal enforcement of the law?

Reader: I’ve heard you say you believe in equal enforcement  AND admit that the squeaky wheel gets the grease. That seems a little contradictory.

Ramsay: I meant in terms of resource allocation and budget allocation. We can’t be everywhere with 150 officers.

Reader:  Were you present when Frank Dolejsi, the head of the lab of the Bureau of Criminal Apprehension (BCA) testified that he and his agents cannot tell if any of the incense has cannabinoid receptors or synthetic cannabis.

Ramsay: I don’t remember. I was at several of them. (Ramsay was in attendance, also testifying)

Ramsay: The 2.8 million dollars, that was a federal effort. (Seized in the second raid) We were just there to assist.

Reader:   The initial raid a year ago, which was a city raid, the search warrant state that Carlson’s products tested positive for AM 2201. When was AM 2201  placed on the prohibited  list?
Ramsay:We don’t want to go there right now.

Reader:  You don’t want to say when a law was passed?

Ramsay:  If you want me to research it I can get it back to you.

Reader: Yeah, I would actually.  It is my belief that was August 1st of this year.

Ramsay: But here’s the thing on the search warrant. Anytime you do a search warrant a judge has to sign it. There has to be probable cause. Sometimes they’re sealed for a little while but then they go public. So all of this is going to come out.

Reader: That one is already out. I think it says that AM 2201 was made illegal August 1st of this year. (According to Carlson’s attorney, Randall Tigue)

Ramsay:  Yeah. Well, there are things I’m privy to in that case that I just can’t talk about right now.

Reader:  Are you aware that Carlson states that each and every box of product that Last Place receives,  and I have one example,  comes with a certification from a biotech lab certifying that they have tested samples of each batch, it is free of the presence of banned synthetic compounds. (The letter lists each of over 50 controlled substances and lists each as “not detected”)

Ramsay: Where is their accreditation? Anyone could write some bogus letter.

(The Reader has contacted  the laboratory to verify their standing, and are awaiting a return call from their director)

Reader: Are you aware that State vs Ali at the Minnesota Court of Appeals states that to charge criminnally, the suspect must have actual knowledge of the substance they are selling?

Ramsay: I am not aware of that case. We’re working with our attorneys on this. But the feds are doing it.

Reader: On the second case?

Ramsay: I can’t talk about it.

Ramsay: We just had the indictment of 28 pill and heroin criminals....  Do you know how many years we worked on that case?  Several... People think that these things happen overnight. And in these large cases where you’re talking substantial money. A lot of this has to do with new laws as well…We are at ground zero on the battle of synthetic drugs. No one else is pushing things like he (Carlson) is. I’ve talked with chiefs across the state. No one else has issues we’re dealing with.

Reader:  How long do you believe that it is appropriate for Duluth police to hold belongings (forfitures) without charges?

Ramsay: It depends. As I just talked about the length of these cases, there’s nothing I’d like more than to be open about this case. But there’s certain things that need to be confidential. Until it goes to court.

Reader: Regarding probable cause, this quote from Jeanne Cooney of the US attorneys office in Minneapolis... “Our purpose was not to file charges against anyone today, we have to execute search warrants in hope of getting evidence to determine if any criminal wrongdoing is being done, and if so by whom.” ... This statement makes it seem more like a shot in the dark rather than true probable cause.

Ramsay: So the US attorney is the one that is investigating this along with other federal agencies. I look at how my statements were taken out of context. But that would be one to call her on and clarify.

Reader: In the letter from the city of Duluth to Jim Carlson, regarding public nuisance dated August 6, 2012 it states that “the sale of unlawful synthetic drugs on August 10, 2011” and “the sale of unlawful synthetic drugs on September 8, 2010”  How is it possible for the city to close him and revoke his ability to operate as a business (for a year) without being willing to tell him what he is supposed to have done? When he has not been charged with these crimes?

Ramsay: Two different things. The nuisance abatement essentially says that whatever you’re doing at that store has become a problem in the neighborhood. We’re not trying to close him down. I don’t know if you know what’s going on with those neighboring businesses. That’s a lot of good people that are financially hurting because of the shenanigans that are going on there.

Reader: Are you aware that the head shops in cities like Moorhead and Brainerd that have been prosecuted, all charges have been dropped. Why can hundreds of stores (according to Carlson) continue selling incense in Minnesota and not have legal ramifications?  Carlson rattled off three stores in Virginia;  and others, which have been consistently free to sell at least one of the ingredients seized from Last Place.

Ramsay: To my understanding they’ve reached plea agreements but I wouldn’t say the charges have been dropped.

Ramsay: I’ve talked to other chiefs across the state and if they know it’s in their community they’re dealing with it. Moorhead. Brainerd. Grand Rapids. Those are some conversations I’ve had in the last few weeks.

Reader:  Okay. The county attorney’s office has the responsibility to prosecute gross misdemeanors. Why wasn’t the county prosecutor present at Carlson’s court hearing? I thought that the county was pursuing this, and now it seems like the city is.

Ramsay: On the forfeiture deal?

Ramsay: It’s probably not anything we should talk about right now.

Reader:  Touching on the vehicle forfeiture issue, lets take a hypothetical example. Lets say the Mayor is driving down the street and is pulled over because his taillight is out. There is $100 worth of crack in the back seat. It could be he is a dealer; it could be the Retirees planted it there. Do you seize the vehicle?

Ramsay: (Laughing) You need more information. Let’s not use the mayor, let’s use someone else. Do we have neighbors saying there’s a lot of short term traffic? You need more evidence than just the drugs in the backseat of the car. You need cooperation.

Reader:  With an otherwise clean record you would give the car back??

Ramsay: If it was determined it was not theirs, of course.

Reader:  How would you ever know?

Ramsay: Do we have the neighbors talking? Do we have controlled purchases?  When your stuff is seized you are served paperwork on how to contest it. It’s not like once it’s seized you cannot contest the seizure.

Reader: We’ve seen two examples of police car videos in the news recently; a Florida officer who rammed a woman’s head into the fender, and the young man who managed to shoot himself while handcuffed with his hands behind his back in the squad.  Are you a fan of videos in squad cars?

Ramsay: I would like to have officers wear cameras. And that’s happening more and more. People can record you whenever they want. I tell everybody to assume that they’re being videotaped everywhere, all the time. You can’t stop people from videotaping you, period.

Reader: Last Place on Earth security cameras were deleted  for the duration of the raid. That seems tantamount to police turning off their in-car cameras when they’re involved in an incident.  Why doesn’t the same philosophy apply to that?
If the camera shows the officers doing their job, great, but if they find a machine gun under the desk, well then it opens them up to planting charges if they  turned off the cameras.

Ramsay: I could see why that would be a question. I’m not sure if this is true or not. But we don’t want people watching us when we’re acting out a search warrant. If indeed it was just recording I don’t think the cops would have a problem with that. The question is someone saying the officer is going this way; It could be an officer safety issue or an evidence destruction issue.

Reader: How often have you ordered your guys to turn off...

Reader: Did you or the Feds copy the signatures of people trying to get Jim Carlson on the ballot for the  election?

Ramsay: Not that I know of.

Reader: Would you be aware of it?

Ramsay: Probably not. I didn’t see the search warrant.

Reader: How would you  know if the Feds had probable cause if you don’t see the warrant.?

Ramsay: Bob, there’s an issue there. I would love to tell everything right now but it could hinder a successful prosecution. I want to talk about it more than you can imagine. Businesses have asked him to move his operation down to Michigan Street. Fortunately I’m not an addict  but I have friends that are. Our goal isn’t to put people in prison, but it’s keep crime down and keep people safe. We’re working with community courts, mental health court, chronic offender court and that’s a goal.

Ramsay: As far as addiction goes, availability of a drug is everything. A lot of people that are going into that place are addicts. It’s cheap, it’s easy to get and that’s what they’re using. We don’t even know the effect it has on the body because they haven’t done any tests.

Reader: Do you have an opinion on the idea of Carlson operating out of a Michigan Street walkup window helping solve the problem.

Ramsay: No. What makes this more unique than a lot of cases is that it’s in a dense urban area where it creates, in a business district, a lot of issues. It creates a lot of disruptive behavior. We found this kid on Lake Place, high as a kite, riding around on his skateboard. Then we see him later by the CHUM and he’s screaming about how he was robbed. Somebody beat him up and stole his wallet.

Ramsay: This is an evolving issues that’s adding to the timeline. Another thing is that we want to make sure we get things right. We’re not going to rush into things and make silly mistakes. All of this will come out. The truth always comes out.

Reader: No it doesn’t.

Ramsay: The truth is going to come out.  And to be honest with you, people like you, who are concerned with the issue, it can’t happen. I want people to have confidence that we’re doing the right thing. And that we’re doing it based on law and sound judgement.  You got his whole story. And we can’t give you our full story. In due time.