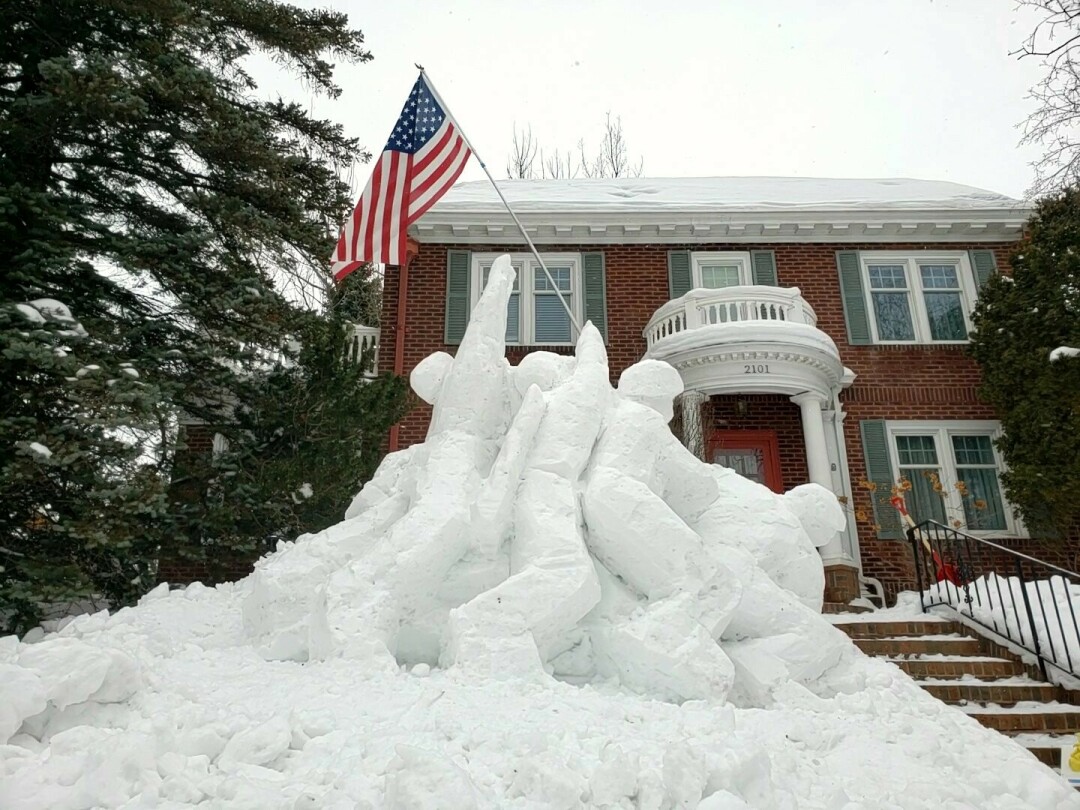 In grade school I learned all three stanzas of the Marine Corps hymn “From the Halls of Montezuma” to its bragadocious conclusion assuring the Army and the Navy that the streets of heaven “are guarded by United State’s Marines.”

If I had been told then that the Corps’s motto was Semper Fidelis and that it meant “Always faithful,” I’d have saluted. Iwo Jima sealed the deal.

I’ve been fond of the photograph of Marines raising our flag over Mt. Suribachi since I was a kid collecting commemorative postage stamps.

I was raised in the glow of post-war America. Neither mayhem nor Holocaust deterred Americans from calling World War II the “Good War.”

It was proof positive that the 20th was the American Century. We didn’t start the conflict but once we were in it we made good our boast from the Great War preceding it: “to-save-the-world-for-Democracy."

At its conclusion the laughable League of Nations was replaced by the United Nations. Then a prosperous America dug deep to help not only our battered war allies but even our former enemies Germany and Japan.

The Marshall Plan was truly magnificent.

Even as this photograph was being taken America was not a perfect nation. From the outset our objective was to become a more perfect union. Yet Joe Rosenthal’s camera work offers evidence of an America breaking from its past.

The last man in the photo whose hands are raised skyward after releasing the flag poll is Ira Hayes. Hayes was a Pima Indian integrated as an equal into a military that was still largely segregated.

The Pulitzer-winning photo made an instant and uncomfortable hero out of Hayes. He was burdened by the guilt of survival and celebrity. His short life veered rapidly to alcoholism and an early death.

It was the subject of a movie in 1961, The Outsider, with Hayes portrayed improbably by blue-eyed Tony Curtis. In the movie Hayes' sergeant disrespectfully calls him “Chief.”

A decade later times hadn’t changed much. My classmate, the only Sioux descendant at Mankato High, was called Red Cloud behind his back by a tennis teammate.

Tough kids enlisted in the Marines to prove themselves. I got that point watching the 1957 Jack Webb movie called The DI. A Drill Instructor is the son of a bitch who turns boys into men. A soft, tortured kid can’t handle living up to the hard ideal of his dead Marine father.

The DI’s point was simple, maybe even simple-minded. The suffering son’s Mother comes to pay a call on her son’s DI. Jack Webb knows she’s going to plead for mercy and, disgusted with himself, he is prepared to let the kid quit the Corps. But she surprises him. The mother demands that the DI hold her son’s feet to the fire to turn him into a fighting machine just like his old man.

I want a girl, just like the girl, who married dead old Dad. (The “dead” was a mistype of “dear” but it's funnier than the song’s original lyric)

I had a friend on our swim team whose Dad hung a three-foot wide Marine insignia on the living room wall. As I headed to college with the college deferment that kept me out of Vietnam, Randy signed up for the Marines. Randy endured the team-building exercise called boot camp. He told me he suffered name calling that would’ve turned the snakes on Medusa’s head to stone.

I endured my fraternity’s “Hell Week.”

Asked recently by Fox News just what my version of the photo stands for, I said something to the effect that America has suffered deep divisions of late and I thought the statute could help us remember that we are one people.

We should remember there is an “us” in U.S. The sooner we hang together the sooner our remarkable nation can start addressing dangers that far exceed those of any war we have ever endured.

As we have fought tyrants we must fight our own worst impulses of division. We must remember what Abraham Lincoln called “the mystic chords of memory, stretching from every battlefield, and patriot grave, to every living heart and hearthstone, all over this broad land, when again touched, as surely they will be, by the better angles of our nature.”

Jumping Jehoshaphat! I miss “The Party of Lincoln.”

When I was a kid my war hero grandfather Robb told me he voted for a man who promised to keep American boys out of war. That was Democrat, Woodrow Wilson, who broke his promise and sent us into WWI.

George Robb’s message was simple. Democrats start wars. You could throw Vietnam into that mix. I wonder what my grandfather would think of the litany of wars in my generation that started under Republican presidents?

Welty also shoots his mouth off at lincolndemocrat.com.