Rick Bruner – musician on the move 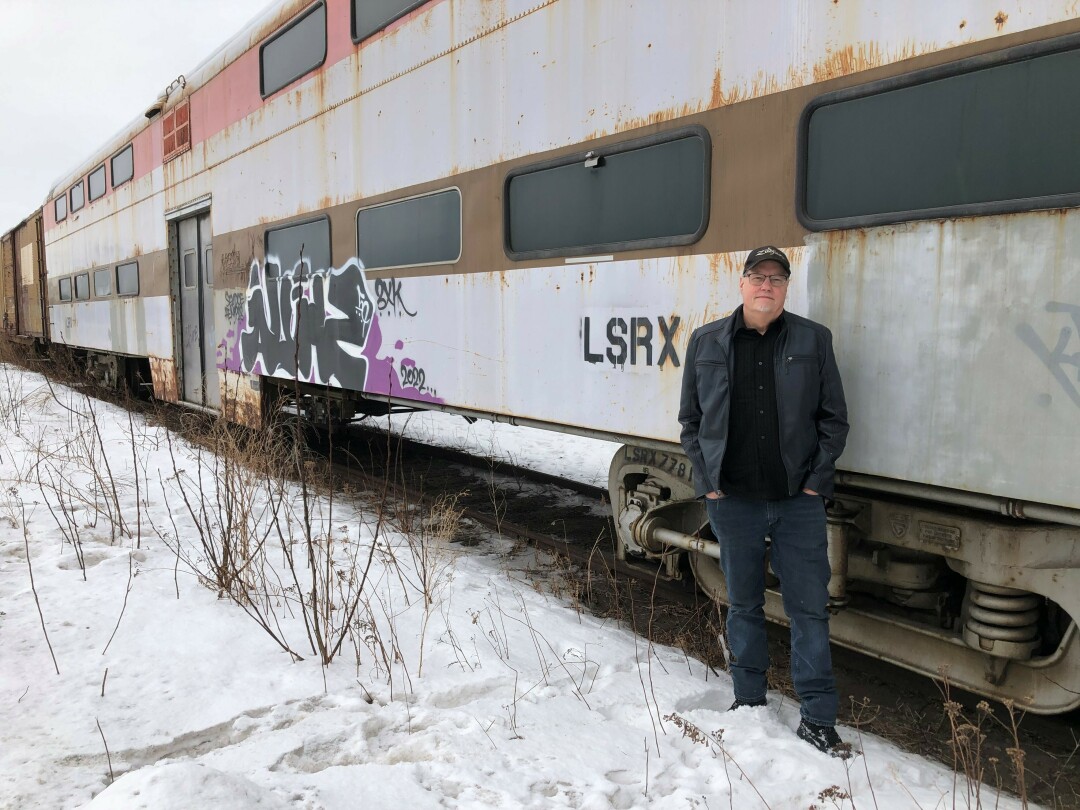 Have you ever thought about how peripatetic musicians are? If they aren’t touring around a region, the U.S. or the world, they often move to established music scenes like Nashville, Memphis, LA or New York.
It seems that Minneapolis, since Prince hit it big, also has become one of those places. One wonders whether Duluth, too, has become something of a Mecca for musicians, whether here for musical opportunities or driven by other circumstances.
In any case, we certainly have a rich environment for the enjoyment of live music.
Rick Bruner is a singer-songwriter, guitarist and drummer whose life and musical journey has led him to Duluth. He was born in 1957 on an Air Force base in Waco, Texas, but within months had moved with his family to western Kansas.
After high school Rick attended junior college in Dodge City, Kansas, earning an Associate Degree in Music, but found his true musical education came from playing in small bars for “dancers, dreamers and deadbeats,” as he put it.
After a stint in the Army that relocated him to Tacoma, Wash., he returned to Dodge City. After six years there he moved to Lawrence, Kansas, for the college culture and change of scenery and ended up pursuing a degree in geology.
But I think we can call him a Duluthian for all that as he has resided in Duluth since 2015 with his wife Mary (a drummer in her own right) and is well-known on the music scene hereabouts. (After all, human cells reportedly regenerate in full every seven years!)
Rick is one of those versatile musicians who is always in great demand, the result of being immersed in music since a young age.
As a small child he had a record player of his own and was fascinated by the music he could explore. By the 5th grade he played the snare drum in his elementary school band and by the 6th grade was improvising tunes on “Temple Blocks” (hollow wooden blocks played with a mallet). He also sang in school choruses.

His mom played the piano; according to Rick, her side of the family included a long line of hardscrabble Great Plains fiddlers, pickers and piano players. Her father, Rick’s grandfather, taught him a few chords on an acoustic guitar when he was still in his early teens.
His first band experience came in senior high school when he was needed as a lead singer.
Through the years he’s heard music on multiple radio stations as he moved around the country and has been influenced by bands such as Creedence Clearwater Revival, Rolling Stones, and Crosby Stills & Nash. Others he was tuned into were Ray Charles, Los Lobos and James Brown, as well as old blues records, soul and R-and-B.

He credits solo artists such as the Irish guitarist, singer-songwriter, Rory Gallagher, Neil Young (especially his Harvest album), Rickie Lee Jones, Tom Waits and Joni Mitchell as having shaped his music.
Then there is his interest in jazz, which he was exposed to when he played with his college jazz band.
As Rick became more committed to music, he became interested in songwriting and identifies Greg Brown, Nancy Griffith, John Gorka and Peter Case as inspiring him in this regard. His approach to songwriting is to treat songs like short stories. He definitely avoids autobiographical topics – no confessions!

In addition he enjoys wordsmithing and being engaged in working out the interplay between lyrics and melody.
When asked about Bob Dylan, Rick responded in typical poetic fashion: “Dylan’s influence on modern songwriting is solid and deep as the volcanic North Shore bedrock.”
An apt response from a geologist!
Rick credits his discovery of “alternate tuning” for six-string guitars as opening up a whole new aspect of songwriting.
His first CD of original songs, Eight Hundred Miles, issued in 2007, all reflect D-A-D-G-A-D tuning (standard is E-A-D-G-B-E). The tricky part of alternate tuning, he explained, is that all the chords are changed from the standard ones and you have to create your own.
Listening to Eight Hundred Miles, one can clearly discern Rick’s story-telling style, most particularly in the tracks, “Blood Is Thicker” and “St. Jacob’s Well.” And then there is his facility with word play as on the former track: “When someone loves you like the devil that’s when heaven takes you in.”

This CD also reveals Rick’s prairie origins with lines like, “wide open horizon that never ends.”
Rick’s second album, Another Midnight (on which wife Mary played drums) recorded shortly before but not mastered and released until 2015 after he moved to Duluth, is in keeping with his first.
Stories (“Boxcar Jimmy” and “Jackson”) and vintage cars – Corvette, ’68 Bonneville, Barracuda and Coup de Ville – follow the themes of travel and open roads. His compositions have been infected by the romance of trains: his songs contain many references to them, as in “Can’t Take Me Home,” “Sound of Trains” and “Train Ain’t Late” on Eight Hundred Miles and “400 Cu In,” “Broken Pirates” and “Monkey Gun” in Another Midnight.

Both Eight Hundred Miles and Another Midnight are full of memorable songs that include rockers, romantic ballads, down-and-out blues and poetic explorations.
One of my favorites is “Way To Dawn” that takes the point of view of a coyote “howlin’ at the moon in the midnight air.” Thankfully these songs are available to listen to on Spotify since the inventory of the two CDs is almost non-existent.
Not to be overlooked is Rick’s distinctive voice. It is likely a result of having lived in different parts of the county where he picked up the local accents – there’s a little Texas twang, a little Kansas drawl, leavened by some Northwestern cadence and finished with a hint of Minnesotan.
When Rick and Mary moved to Duluth, he first played with The Hounds for a couple years, ca. 2016-2018, and then joined the band, Boku Frequency, as drummer from about 2017 until about 2021.
Interestingly, Rick had met bassist Gordon Lewis back in Manhattan, Kansas, (small world!), who connected him with Duluth’s reggae band, Prince Paul & the Conscious Party, with which he continues to play today.
Other local bands that have come to rely on his talents as a drummer, guitarist and vocalist are Boxcar (he played drums on its 2020 CD, Cheap Hotel), Crooked Miles (teaming up with Misisipi Mike Wolf, Gordon Lewis and wife Mary on drums) and the trio Ten Crow Moon. The latter, in which he is joined by Doug Olson and Daryl Yankee, has developed quite a following, with Rick playing both guitar and djembe and contributing his original songs to their mix, such as “Run of Bad Luck.”

One more musical collaboration that Rick has been invited to join is the upcoming “Jazz at the Depot” on Saturday afternoons, 3 – 6 pm, January through April. His fellow bandmates for these performances are Randy Lee, John Thorene and Paul Ierino. It takes place at the Lake Superior Railroad Museum located on the lower level of the Depot. There’s a nominal admission charge with food and beverages available.

As Rick so eloquently puts it, “For me, music is a mantra and a mandala, guardian angel and gravitational field. Songs are stories that come to me when I raise the antenna and pick up invisible signals beyond my own experience.”
We are richly rewarded by the music of this transplant to Duluth. I, for one, think it’s about time for Rick Bruner to record some of his latest songs for us to enjoy.