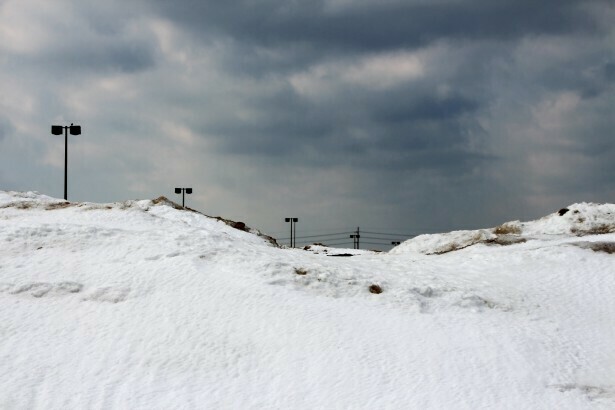 There is never a shortage of things to write about. The news has more interesting stories and topics than there is space to ruminate upon. Here are a just few for your consideration.

The Clean Water Act is 50
Last October the Clean Water Act (CWA) marked its 50th birthday. In the 1960s, environmental problems were obvious. You didn’t need scientific studies to see the pollution. Cities were chocked with smog, clouds of black smoke belched from smokestacks and rivers were open sewers.
The CWA – along with Clean Air Act and the creation of the Environmental Protection Agency – were milestones in efforts to mitigate and clean up the damage done by hundreds of years of ignoring pollution.
The CWA made it illegal to dump waste water, hazardous waste and chemicals into “navigable” waters without a permit. The goal was to make rivers and lakes “fishable and swimmable” again.
One would think no one would oppose protecting water, a finite natural resource that is vital to all life on our planet. But you would be wrong. Despite decades of successes, to-day profits trump good sense, and Republicans are working overtime to weaken all environmental protection including the Clean Water Act.

In 2020, the Trump administration issued rules removing many wetlands and smaller streams from protection under the CWA. It claimed they were not “navigable” waters and thus not covered by the law.
The Biden administration has proposed rules to restore protections to small streams and wetlands but may be overruled by a current Supreme Court case (Sackett v. EPA).
In the past waters protected under the act were always interpreted broadly by EPA regulators from both parties. The scientific reality is that all water in a drainage area is connected. Lakes and rivers are not separate from underground aquifers, wetlands or tributary streams.
But a narrow, unscientific interpre-tation of the law provides a loophole for weakening environmental protection.

Electric vehicle charging stations
Almost every news story about electric cars brings up the issue of recharging stations. The implication is that electric cars can’t work because there are not enough places to recharge.
Other news stories report that state and the federal governments are allocating money to build charging stations. The Biden administration allocated $5 billion to all 50 states to fund EV chargers along interstate highways.
Is this government investment needed? Who built the first gasoline stations in the early years of gasoline vehicles? I doubt it was the government. This is a perfect opportunity for the free market to respond to new market challenges. Existing gas stations could easily add “pumps” for electric cars and profit from the additional income.

In fact this is already happening. Our son recently drove from Illinois to the north rim of the Grand Canyon and back in a fully electric vehicle with no problems.
I believe government should be a catalyst for positive change. But in this situation our tax dollars could be better spent. Five billion could be a down payment on solar panels for every public school. That would be money better spent with a good return on investment for taxpayers.

More skewed priorities
Speaking of waste, the National Priorities Project has an article comparing spending on climate change vs defense funding. It says the Inflation Reduction Act represents the largest investment in climate security in our nation’s history. Yet it only funds $37 billion per year for the next 10 years. The article says the Pentagon gets 21 times this amount in just one year.

Actually this analysis is a little behind. Congress just passed a record-breaking $858 billion budget for defense ($45 billion more than requested).
By my calculation this is 23 times more than for climate change mitigation.
Ironically as far back as 2014 the Pentagon determined that climate change is a serious threat to national security and could increase conflicts around the world.
But our national priorities are screwed up. The military industrial complex rules our country with large bi-partisan support.

Chronic diseases in young people
According to the Centers for Disease Control more than half (53.8%) of young adults 18-34 years old have at least one chronic health problem. The most common problems are obesity, depression, high blood pressure and asthma. Close to one quarter (22.3% ) of young adults have more than one chronic condition.

There are many factors that might explain why so many young people are chronically sick. It is complicated with race, gender, economic stat-us, education and lifestyle choices all playing a part. We know unemployment, under-employment and high debt are common in this age group.
The Census Bureau tells us that adults ages 19 to 34 are the most likely to not have health insurance (15.6% uninsured compared to 5.7% for under 19, 11.3% for adults ages 35 to 64, and 0.8% for individuals 65 and older).
Whatever the causes this is a shock-ing situation. Young people are the future of our society. Other research has shown increasing death rates for white men and women ages 45-54, with only a high school education (or less). None of this is occurring in other comparable countries.
The chickens are coming home to roost after decades of inadequate investments in health care, education, employment and social supports for our citizens. We should be ashamed.

Forever chemicals are everywhere
Water contamination from PFAS chemicals is a problem in Wisconsin. They have been found in public and private wells all over the state. A recent Sierra Club magazine article says these “forever chemicals” are everywhere.
PFAS chemicals are found in just about everything we purchase and consume. This includes food, food containers, cosmetics, packaging, clothes, furniture, cookware and carpets. Even some dental floss contains PFAS chemicals. They are used to make products non-stick and resistant to fire, water, stains and grease.

PFAS are a class of more than 12,000 human-made compounds. They accumulate in the environment and human bodies and do not naturally break down easily. PFAS chemicals have been linked to various health problems.
The benefits of fire retardant fabrics might be worth the risk of cancer. But the convenience of stain proof carpet or slippery dental floss is not worth any risk. We definitely should not have these chemicals in our food, water or blood streams.
When will we ever learn?