Year-end musings on the music scene 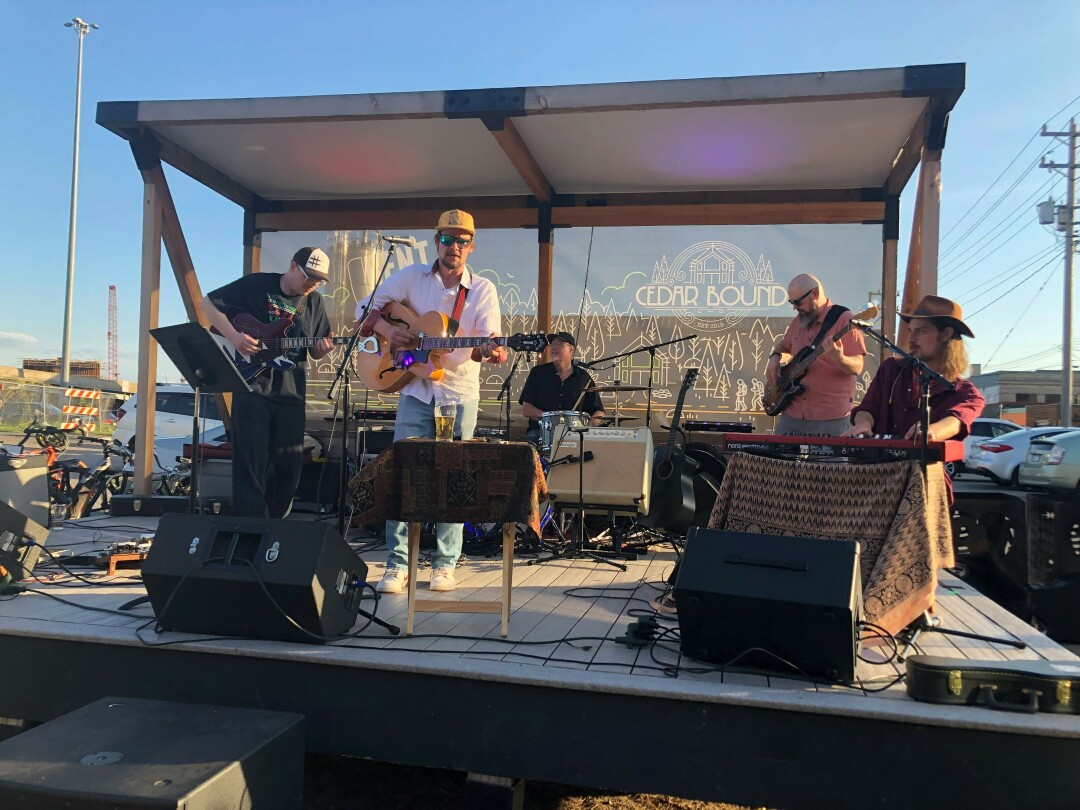 Boxcar at Bent Paddle in June. Photo by Jill Fisher.

As the end of 2022 rapidly approaches, I am contemplating all life has held for me this past year. If this year has a theme it might simply be “Music” with a capital M.

I am so thankful to have heard so many wonderful musicians in live performances, who just happen to be local talents. Yes, those touring out-of-town musicians and bands were, by-and-large, great too, but it is these local folks I have come to truly appreciate.

Indeed, after a road trip down Highway 61 to New Orleans in April, I had plenty of opportunity to hear musicians in other regions and those based here in the Northland stack up very well by comparison.

I began writing this Music Review column at the end of March when I wrote about the Duluth Does Bonnie Raitt concert at Sacred Heart Music Center.

At the time I thought it would be a one-off exercise, but somehow music got its hooks into me in an entirely new way and I found myself enjoying writing about it.

Those of you who read this column and see me out at various gigs know I love to dance. For me, dancing is listening with all the cells of my body; it’s something I’ve done pretty much my entire life.

Writing about the music I’ve listened and danced to has been a real education. It has tuned me into diverse genres, a wider range of instruments (some standard, some exotic) and the variation in individual voices and harmonies.

I’ve learned a bit about sound quality and acoustics and experienced far more venues than I would have otherwise. Learning to listen in a more focused and intense way has been the gift of this writing assignment.

When I thought about writing this last column of 2022, I considered listing my favorite bands, solo musicians and concerts. However, in constructing my spreadsheet so I could better recall all that I’ve heard and written about since last March, I realized there’s no way I could rank or compare the many acts I’ve witnessed. (Though I note that the Reader’s “Best Of” survey asks folks to do just that!)

Every musician has his or her own expression, whether performing covers of well-known tunes or original material, that needs to be respected and not graded – least of all by me.

Certain bands have dedicated fans that come out to hear them, which is good to note. Then there are some acts that are so new, they haven’t yet been discovered by many. Those musicians I have not seen fit to write about will be on my radar as I watch how they evolve, both as individuals and groups.

Some folks have introduced me to their friends as “the music critic who writes for the Reader.”

I must beg to differ with that characterization. Better I should be viewed simply as a columnist who writes about the music I hear and like. My credentials do not include a background in music education, theory or performance. (I was last violin in my high school orchestra!)

So I am not qualified to really analyze and criticize performers. You will not see me writing about the Duluth Superior Symphony Orchestra’s concerts (though I certainly intend to take some in) or, heaven forbid, opera. As the song goes, “It’s Gotta Be Rock-n-Roll Music” or Blues, Bluegrass, Reggae, Folk or…

One aspect of the music scene I am emboldened to assess are the businesses and venues that host musical events.

For example, I believe Sacred Heart Music Center is an outstanding venue for acoustic and unamplified music (as is the United Protestant Church in Morgan Park and probably other churches as well).

It isn’t my favorite venue for electric bands, although many have performed at SHMC and raved about it.

The clarity of the vocals tends to get lost in the voluminous spaces.

The West Theater is a much better place to hear rowdy electric groups. Neither of those places accommodate dancers well, which, when the music rocks, is a shame.

At the other end of the venue spectrum, Carmody Irish Pub is a fine place to hear solo acts as well as new groups that are “cutting their teeth” so to speak, with its more intimate setting.

R.T. Quinlan’s, Caddy Shack, The Powerhouse in Proctor and The Rex at Fitger’s all have decent stages and ample dance floors, which are good for rock-n-roll and country rock bands.

I am on the fence about Rathskeller as a jazz venue; the architectural ambiance is fabulous but I’m just not sure yet it is satisfactory for close listening – I will need to spend more time there.

Three venues that consistently provide great music are Wussow’s Concert Café, Sir Benedict’s and Thirsty Pagan; however there is auditory competition from the kitchen and diners.

Wussow’s works best when chairs are arranged as concert seating, which discourages talking during shows.

In virtually every venue I’ve mentioned loud conversation distracts from being able to listen to the music.

Of the outdoor venues that operate seasonally, Earth Rider is clearly a favorite but the unpaved and sloping dance area is challenging.

Bayfront Festival Park likewise is great for the big touring shows with special lighting and other effects, though not always a great dance place when folks are allowed to set up their folding chairs close to the stage.

Bent Paddle Brewing Co.’s outdoor stage is popular with many, though the sound is not the greatest, uneven ground makes dancing somewhat hazardous and family activity there can be irritating.

Courtside Concerts at Pier B is far more conducive to enjoying the music while sitting or dancing, plus the lakeside setting is wonderful. Chester Bowl is another popular outdoor venue for free concerts, with some of the same issues as those mentioned above.

Glensheen’s Concerts on the Pier are sort of a crapshoot. If you are able to be on the pier together with the performers (and maybe in a boat out on the lake) it’s fine, otherwise the noise of families makes enjoyment difficult. In that case it’s the overall ambience on a beautiful summer day that makes this venue attractive.

One of the most fun places to experience music is on the Vista Star. One hopes there will be repeats of the S.S. Rock excursion that happened this past summer.

During the upcoming New Year’s Eve weekend, there are oodles of music options to enjoy. Do check out the Reader’s calendar to see what appeals.

I plan to get out to the Rex at Fitger’s to hear Big Wave Dave and the Ripples, Fenestra Funk and Alamode on Saturday evening. If you attend that gig, you’ll undoubtedly see me on the dance floor!

One timely announcement for a worthwhile musical evening is the Douglas County Historical Society’s Annual Christmas Musicale that was postponed from Dec. 15 to Thursday, Jan. 5. It will feature performances by Born Too Late, Shane Nelson, Tommy Wotruba, Indecent Proposal, ventriloquist Jeremy Lepak and the Superior High School Drama club. Music will include some holiday tunes and feature some original music by the artists. A silent auction will also be held. DCHS is located at 1101 John Avenue in Superior. Doors open at 6, music at 7. Tickets can be purchased online at douglashistory.org (although its website doesn’t reflect the new date of this event).

As always, when we look back at the year we’ve just lived through, we realize how fleeting time is. Nothing drives this home more than the deaths of those people dear to our hearts and that includes local musicians.

We mourn the loss of Mark Anderson, Zach Ross, Elliot Silberman and Mimi Parker in 2022. We are thankful to have experienced their talents and for the recordings and memories they have left us with.
Here’s wishing you a happy and very musical 2023!