The Vikings amaze and some Wild news 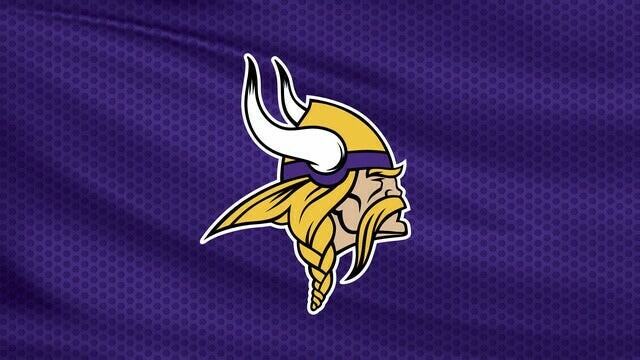 CARLTON PEAK – If you had to do it, how would you even begin to define or analyze the Minnesota Vikings?
Before Saturday’s historic 1,000th game in franchise history, I thought about that for a little bit. And what I eventually concluded was that they are just one of those entities that probably defy the ability to do so. It seems to be literally impossible to come up with any tangible explanation for a great deal of this franchise’s history. If you are wondering about that, just go back to the teams beginning back in 1961.

When you got an “expansion” team back in those days, in any sport, you placed a big pile of money on a table, you registered a team name and got a roster mostly full of castoffs, has-beens with a few “never weres” mixed in.
In the Vike’s case, they got a handful of guys who could still play and a couple that would take them into their future.
One of my childhood neighbors back then, running back Tommy Mason, was still a pretty good player, and the future QB Fran Tarkenton was ready for the big stage. Throw in a handful of other competent players and a fiery coach in Norm Van Brocklin, and this team was unpredictable from the start.
After losing all five preseason games in the inaugural season, they promptly beat the “Monsters of the Midway,” the vaunted Chicago Bears, in the regular season home opener at Metropolitan Stadium. And no, it wasn’t close; Vikes 37-Bears 13.
The club would only win two more games the rest of that season, versus the Baltimore Colts and the Los Angeles Rams, both of which were solid, established teams then, but the word was out. Take the Vikings lightly at your own risk.
But there were growing pains. The 1962 season would see only two wins, however, the team was building for the future. While the team would win 27 times in the next five seasons, the 1968 season was a turning point.
The team welcomed new Head Coach Mr. Harry “Bud” Grant on board after they jettisoned Van Brocklin, and were one of the NFL’s best under his guidance. There were those four Super Bowl appearances with Grant, and unfortunately, they were all losses.
Many wondered if the team just wasn’t good enough to win the big trophy.
In my observations, I’d have to say they ran into some pretty strong teams, (MIA, PIT & OAK) and probably should have beaten KC in their very first SB tilt.
Of the four opponents, I think the Raiders were probably the only club they couldn’t match up with. They could have won the other three games and simply didn’t put the game on the field that was needed on that given day. On another day, who knows?
I liked the Vike’s chances in those games, and it just didn’t happen for them. The disappointment was gut-wrenching, I can tell you that much.
Yesterday, versus the Indianapolis Colts, the team set a record for futility of sorts, getting behind the 4-8-1 Ponies by 33 points before launching a record-setting comeback for the ages.
They eventually won 39-36 in OT, breaking the NFL comeback record, which had been held by BUF when they erased a 32-point deficit versus the Houston Oilers for a 41-38 OT playoff win in a 1993 Wild Card tilt.
Maybe I’ve been watching this stuff too long, but even at 33-0, I wasn’t exactly flinching. I wasn’t certain if the team could come all the way back, but I did know that the game was anything but over. Sure enough, the Purple dominated the Colts in the second half, and by the time they got within two touchdowns from tying the game, I knew what was going to happen.

It was a remarkable win really, they had to beat the Colts and an officiating crew that was having a very poor day.
Where to from here? The Colt victory enabled the team to win the NFC North and earned them a playoff spot. They play the NYG on Saturday at The Bank.
The club will finish up at GB and at CHI. Playoff positioning will likely be on the line so there can be no letup in effort.
The team still isn’t getting much love from the national experts, but then again, I do not recall any timeframe where any media outside of Minnesota was ever all in on the team, no matter how good they may have been. They’ve never been one of the league darlings.
If I’m being honest though, it’s hard to hang your hat on a team with an all-universe offense and a Swiss cheese defense. So there is that. I can deal with honesty and objectivity, but I’m conditioned to this team not getting its due, for like, forever.
So, the team is 11-3 this year. We had a guy run 64 yards once, in the wrong direction (I saw it on live TV). We’ve had a coach who developed and fine-tuned what would become known as the “Viking Mystique,” and yes, it is a real thing.
We had another coach who thought he was a Marine. And another who could make TV censors blush. We’ve had games that would put you to sleep, and games that were so exciting you were unlikely to sleep that night.
And in-between one heckuva lot of entertainment.
The club is in its 62nd season, just played game #1,000, and won it in the only way this team could win a game, with an excitement that was literally unbearable at times.
What other NFL club has its own personal rollercoaster? None. Just this one. SKOL baby.
THE MINNESOTA WILD defeated the Ottawa Senators this afternoon in St. Paul by a 4-2 final. The tilt wraps up a four-game homestand that saw the team go 4-0, albeit against some less-than-stellar competition.
The most challenging game for them was a 2-1 win against EDM. The other wins were over DET, CHI, and the Sens.
The team has gone 8-2 for the month of December so far. Since a three-game losing streak in mid-November the team has posted an 11-3 record in its last 14 games. They stand at 18-11-2 for 38 points on the season, good for 38 points and third place in the Central division, with 31GP.
WILD fans know how the season began, and it wasn’t pretty. A 1-3-1 record in their first five tilts had the State of Hockey in a panic.
But the team put its head down and went to work. Netminder Marc Andre’ Fleury buckled down, the team’s defensive structure started to gel, and the team’s offense and special teams improved.
Then GM Bill Guerin went and obtained one of the best “energy” players in the game when he got Ryan Reaves from the NY Rangers. In addition, backup goalie Filip Gustavsson found his game and the team’s goalie tandem is the 12th-best in the league at this time.
For the upcoming Christmas week, the team goes west to play at ANH and at SJS in a back-to-back. That will be it for the week before resuming play at WPG on the 27th. PEACE
Happy Holidays to all in Reader-land! Be safe! OVER & OUT!