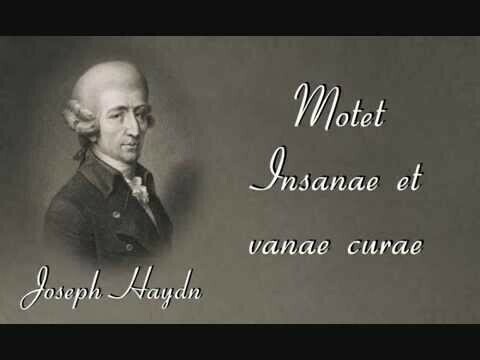 People who believe in a future built in the present. Those without belief spend and tear down in the now.
Did an aging liberal write that?
Proof of dinosaur status, I think in terms of Election Day instead of election month (in some cases more). If reading that has you thinking “here comes an election denier,” you’re wrong.
I think challenge of election results in most instances pointless. How on earth could anyone go through piles of ballots and identify invalid ones in anything like a reasonable length of time?
I say can’t, or if accomplished it would be too late in the game. I don’t favor disputing elections. They are what they are on that day (or earlier or later, depending).
So why do challenges happen? As dinosaur view sees it the current method creates the challenge by allowing so many-many windows of opportunity.
To my brain it’s obvious. Any irregularity or fraud that happened in one day of voting could be dealt with. But instead of a day make it a month and see what you get. It’s too much to cope with. The system gets overwhelmed.
The result is a blush of tainted winner and sore loser; more importantly, less trust on either side of the result. Believe me, I saw it in old Chicago where precincts got out the vote for Mayor Daly.
The Daly-Democrat machine was a marvel, but too obvious as it funneled voters to the polls where they marched the march. Your success depended on it, so you did it. But way too obvious. It drew attention, which is why it was done away with.
Reform? Not if the clear conniving of one day ends up successfully screened by a month of steering voters and gathering ballots.
Ballots themselves seem a problem, a replacement of the citizen voter. And it’s strange, or at least I think so, an announcement is made that X number of ballots wait to be counted.
How’s the number known if they haven’t been counted?
The ballot surpasses the vote where a voter might cross lines from choice to choice as they wish. Emphasis on ballots; that says something. It’s over, but if the system begs exploitation then it’s not over.
And it’s certainly not an improvement over old Chicago if harvest of ballots is done slower and more subtly.
One, darned effective if not foolproof, approach to these concerns was found a century past and remains effective. Joe Stalin hit it right on the head with, more or less his own words, the most perfect democracy the planet had ever seen. Right there in the old Soviet Union a long time ago they figured out voting, voters, ballots, the whole deal.

And it was simple. If your continuation depended on the continuation of those in control of pretty much every part of your daily life, then your vote (will) is known in advance.
Rather than be destitute and unemployed you voted for the employer. Election after election and year upon year people told the party they approved.
Of course, having seen what happened to those who lost favor the people did approve. One will, one voice, one mind, one people along with other unity calls determined elections in advance.
Is the ballot a party-line apparatus? Is an independent citizen voter the enemy of the ballot system?
Sadly, but predictably as I see it, among the last to ask difficult questions, analyze and research before proposing fixes are the politicians. Why do I say this?
For politics in general a good issue needs be kept alive for future use to stir voters. What would they do if this or that was actually taken care of? Out of work.
It doesn’t please me to be cynical, but the greatest (and incidentally very political) ways to do a “fix” is with more financing. Oddly, the problems addressed seem not to go away, but do grow ever more complex and costly. Odd.
And strange how putting more and more funding into education (as example) gets what sort of results? Expanding facilities and adding staff often equals same or lesser result for a greater cost. (I’ve witnessed that on all levels from pre to graduate schools where bloating – not effectiveness – becomes all but preposterous.)

Bloating may not be all that bad, however, because I suspect many of those put in semi-useless positions (such as managing a potential piranha population in Lake Superior) feel rightly used and abused given busy work and empty tasks.
Empty work is corrosive to body and soul. It’s good if the goal is furthering addictive habits, but not so worthy in terms of workers feeling and taking real pride in accomplishment.
The devilish concept of usefulness is part of how or why a person feels their worth and dignity. Accomplishment means more than filling a chair.
Grumping as I’ve done for 800 words isn’t something I prefer or want. Doing it and wishing I hadn’t are part of frustration over too much and over not being over, but such frustration is not new.
Think earlier days were less stressed? NO. Upset from change and upheaval has been with us more than 200 years when Haydn wrote “Insane et Vanae Curae.” (Latin a sort of metric system equalizer.)
You Tube has a good performance of the piece 15 years ago by the Saint John’s College Choir. What’s the theme or message? It was Haydn feeling-reacting to the frustrations of his day with “Insane raging cares invading the mind.”
Insane, what’s that? Well, if not insane it might be perplexing to hear those who vehemently reject dogma on virgin birth be fervent on the dogma of pregnant men.
No time-space here to cover the dilemmas of Haydn’s day, nor of ours. We can recognize turmoil without having to name all its parts.
Haydn asserted anti-insane calm by being with God. Might not work so well for us today. What might? Instead of God put Universe. Replace pronoun with preposition.
Are you and I in, of or with the Universal, or does it reside in us?