Jazz, bluegrass and music to clog by 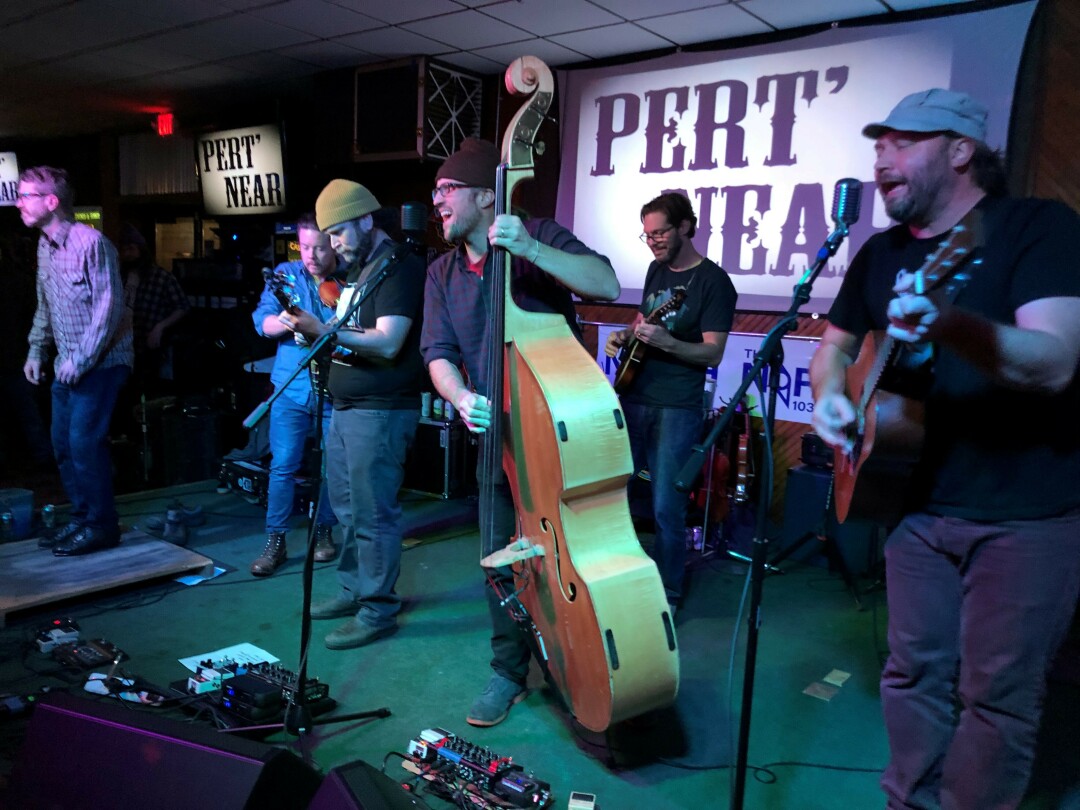 Lots of new musical acquaintances were made this past week as I made my rounds to various venues.
Wussow’s is always good for this and a benefit concert for Jill Glass held there on Sunday, Nov. 27 gave me a good sampling. I got to see the Andy Peterson Trio, which expanded to four musicians for this gig. Peterson, who is only 22 years old and already a fabulous saxophonist, played several instrumental jazz numbers with Calvin Caron (6-string bass guitar), Sten Duginski (drums) and Nick Muska (electric guitar).

Other solo guitarists – Kiel Jakubic and Dan Smith – followed with a couple of songs each.
Then, The Confused, a Minneapolis-based band, took the stage. Its members include Chad Hofland (bass guitar, vocals), Luke Hofland (guitar), Zach Shears (conga, percussion) and Adam Johnson (keyboards). Local musician Owen Mahon filled in for the group’s regular drummer, Jon Ross. They were a fun group, made more so when Glee Schultz joined them to sing several numbers, including a very sassy one, “Goes Down Smooth” (my guess at the song title). That gal has some pipes!

Unfortunately I had to leave Wussow’s that evening before the headliners, New Salty Dog and One Less Guest, performed. I’m sure they were great as usual.
After several evenings’ respite, I got out again on Thursday, Dec. 1, to hear the Twin Cities-based band Pert Near Sandstone. A full house of fans showed up to greet them at Caddy Shack in Lincoln Park. I was one of the few, if not the only one there, who had never heard them play before, which is not to say I hadn’t heard of them. Quite the opposite, numerous friends have sung the band’s praises, so my expectations were pretty darn high with the corresponding danger of disappointment. Thankfully that was not the case!

The opening act was Black River Revue, a local band with a similar approach to bluegrass and Americana music as Pert Near. The band has been around these parts for a while (BRR’s first CD, Garbage Pickin, was released in 2013) but I had yet to hear them either. However I did see member Nate Hynum when he played his mandolin with Feeding Leroy at Wussow’s back in October.

BRR is led by singer-songwriter Adam Stariha (acoustic guitar and harmonica). Other members are Tim Leutgeb (banjo), Ian Kvale (bass guitar) and the previously noted Nate Hynum. All are clearly accomplished musicians and highly regarded by members of Pert Near.
The band played a number of original tunes, the titles of which I couldn’t catch. Many of these songs had alternating fast/slow tempos, as seems to be the fashion these days, and so are not ideal for dancing.
By contrast BRR’s cover of the oldie but goodie, Eagles’ “Take It Easy,” with its consistent beat throughout was kickin’ and very danceable. One thing that hindered this group’s performance was the lack of sound balance, wherein the instruments nearly completely drowned out the nicely harmonizing vocals.

By the time Pert Near Sandstone took the stage, Caddy Shack was at capacity. The group came out full force (with a greatly improved sound quality) exponentially upping the energy level of the place. Member Matt Cartier’s clogging added a strong percussive quality to Pert Near’s tunes further contributing to the power of the show.

The other band members, Nate Sipe (mandolin, fiddle) Chris Forsberg (fiddle), Kevin Kniebel (banjo), J Lenz (acoustic guitar) and Justin Bruhn (standup bass) were all capable of keeping up with Cartier, or conversely pushing him to clog even faster. It was great to see this unusual but fitting act.
Pert Near’s playlist included mostly originals recorded on albums dating back to 2007, some traditional songs, and a couple of covers. “Getaway” from the band’s 2016 Discovery of Honey album was the first song performed, followed by a cover of “Don’t Let Your Deal Go Down” an Earl Scruggs and Lester Flat hit.

When the band started playing “Animal Instincts,” also from Discovery of Honey, the crowd began howling along and, if possible, the electric atmosphere rose even further.
Sipe and Forsberg kept the momentum going with a couple of ferocious fiddle duos, one being “Appalachian Girl” from the 2011 CD Paradise Hop.
Somewhere in there, local musician Teague Alexy was invited to add his hot harmonica playing to the show. This was another crowd pleaser.
J Lenz took the lead vocal on “Tonight You Belong To Me,” a 1926 composition by Billy Rose and Lee David and recorded by the likes of the Andrew Sisters, Peggy Lee and Nancy Sinatra. His version was simultaneously campy and old-timey.
Such slower tunes in the mix gave Cartier well-earned breaks, but not for long!
There was Justin Bruhn taking it over the top with his fabulous bluegrass interpretation of Prince’s “Kiss.” Next the group launched into “Kings and Clowns” from their most recent CD, Rising Tide, released in 2020.
Closing out the evening’s set was their original, “20 Cups of Coffee.” It left the place and me buzzing such that it took me quite a while to settle down after getting home.
The upshot for me was that the $20 cover charge for these performances was well worth it and I have become an instant fan of Pert Near Sandstone!