Do preseason rankings mean anything? 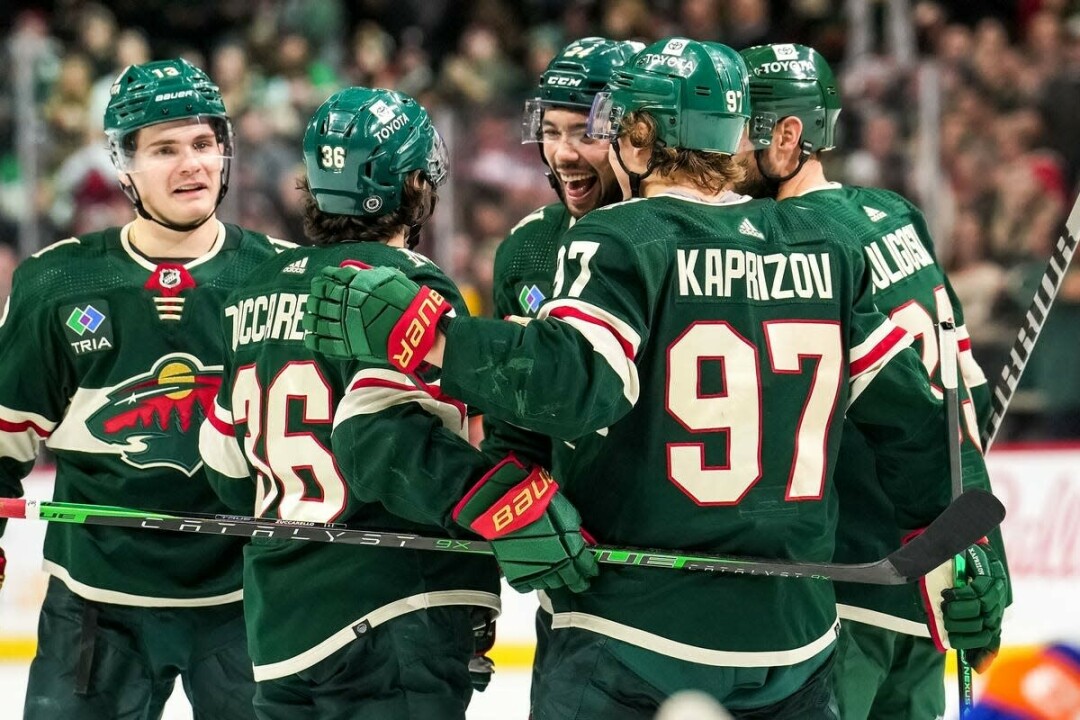 WILD defeat the Dallas Stars 6-5 in the SO on Sunday afternoon.

ESKO – The Minnesota Vikings pulled out yet another precarious win this afternoon to boost their record to 10-2. They hung on, and I wish to emphasize the “hung on” part in their 27-22 win against the NY J-E-T-S.
As usual though, they made it much more interesting than it needed to be. QB Kirk Cousins had his first lackluster afternoon in a while, going 21 of 35 in the passing game for a QB rating of 82.2.
It simply wasn’t on par with some other games he has had this season where the club would rattle off some impressive opening drives of the game, with Cousins making several consecutive completions to start those games with.
The 31st-ranked defense in the NFL bent but it didn’t break. In five consecutive red zone incursions for the Jets, the Vikes held them to field goals each time before eventually yielding a touchdown late in the game.
After that, it was the usual matter of nail-biting and heart palpitations, which any hardcore Viking fan has long been conditioned to withstand. Just another game and another container of Pepto Bismol!
The Vikes could have won the NFC North today with a win and a Detroit loss, but the Lions pasted Jacksonville today in a 40-14 beatdown.
The new Sagarin Ranking will not be out until Tuesday sometime, but I cannot see anywhere that the Vikes are getting any love yet from a majority of the alleged “experts” that analyze these matters night and day. I have contemplated that perhaps they are right, maybe the Vikes won’t be the real deal when it gets down to it. But in the meantime, this team just keeps winning.

But I have come to another realization here and that is the experts and their preseason Super Bowl picks are pure entertainment. They get it right occasionally, but for the most part, it really is too unpredictable.
The oddsmakers in Vegas for instance have the most likely 2023 LVII Super Bowl combatants as Buffalo meeting up with Tampa Bay.
At this point, my view is that both are overrated. And wonder of wonders, next on the list of possible SB teams is Green Bay. At 5-8 currently, they seem unlikely to even make the playoffs.
The Vikes? They sat way down at 17th on that list.
I can only acknowledge that like many teams, the Purple does have some holes in their game. But they also have some traits the experts usually can’t account for, like grit, moxie and mojo. When the chips are down this club has dug in and kept forging ahead.
So, are they a Super Bowl team? I can’t say they are, just like I can’t say they aren’t. Next Sunday the Vikes will travel to the Motor City to battle the Lions. Both teams are 4-1 in their L5. One of them is going to lose, and one of them might leave town with a divisional title and playoff berth. Kickoff at noon.

THE MINNESOTA GOPHERS football team has accepted an invitation to play in the Pinstripe Bowl game in New York City on Dec. 29 versus Syracuse. The game will take place in Yankee Stadium at 2 pm ET. The Orange are 2-0 at the venue and the Gophers will be appearing there for their first time. They are 3-0 in bowl games under Head Coach PJ Fleck and 5-0 in their last five bowl games.

SPEAKING OF THE futility of making preseason predictions, the NHL is a tough call. Last year the COL Avalanche were the front runners from bell to bell to win the vaunted Stanley Cup and did.
On the other hand, some experts had also picked them in the prior two seasons to hoist it and they didn’t even make the final. This season, many experts are hanging with the Avs to repeat, with the Carolina Hurricanes next up on the list.
As of this evening, the Avs are in sole possession of the last Wild Card spot in the Western Conference, and the Canes are in second place in the Metro division in the East. Much can change between now and next April when the tourney begins, but first, I do not see the Avs repeating as this season’s Champion, and second, something usually seems to happen to the Canes on their way to the SC altar in the recent past.

And in a total rebuke to any analyst, expert, or oddsmaker, the current overall league leader is the New Jersey Devils! Who saw that coming?
The Devs have only made one playoff appearance out of the past 10 seasons, and that was right on the heels of an SC Final berth!
Right behind them are the Boston Bruins who were 12th on the list, right behind your Minnesota WILD at 11th!
After the first two weeks of the regular season, heck, make that a month, the media and fans alike were wondering if the WILD would even get into the tournament after a poor start that few saw coming. If we have learned anything, it’s that you can study all of the stats and data you want, there is likely a large amount of luck involved in picking champions. I guess that’s why they call it gambling.

As for the WILD, after their haphazard start cast a bonafide hockey pall over the entire state, I have to admit that the boys got to work making some corrections and tweaks and lately have been looking more like the club many were expecting to see.
It is still a work in progress but the team just had itself one heck of a week. The team is on a four-game win streak, and just went 3-0 for the calendar week that just ended.
They ended a seven-game homestand at 5-2, and beat EDM on Thursday eve by 5-3, won against ANH yesterday 5-4 in a SO, and also today, versus DAL, in the Big D by a 6-5 final in the SO.
I cannot state with confidence that they looked good against the Ducks, because they led the WILD twice in this tilt, forcing them to come back, and go to OT before the WILD prevailed in the SO frame.
Today, against another team that wasn’t on the expert’s radar, our former NorthStars club, the team coughed up a 5-1 lead before going to OT again and then winning in the SO. I might add that the shootouts were pretty intense and exciting with very few fans sitting throughout, but championship clubs normally get matters settled in regulation time. Not always, but when they do, that is the mark of an upper-level club.

Like the Vikings, this team defies the experts. Even if their wins are unorthodox, they are still two points in the bank.
For the upcoming week, a western Canada road swing; @ CAL/Wed, @ EDM/Fri, and @ VAN/Sat. Let’s Go Boys! PEACE