Climate change and the Anishinaabe language 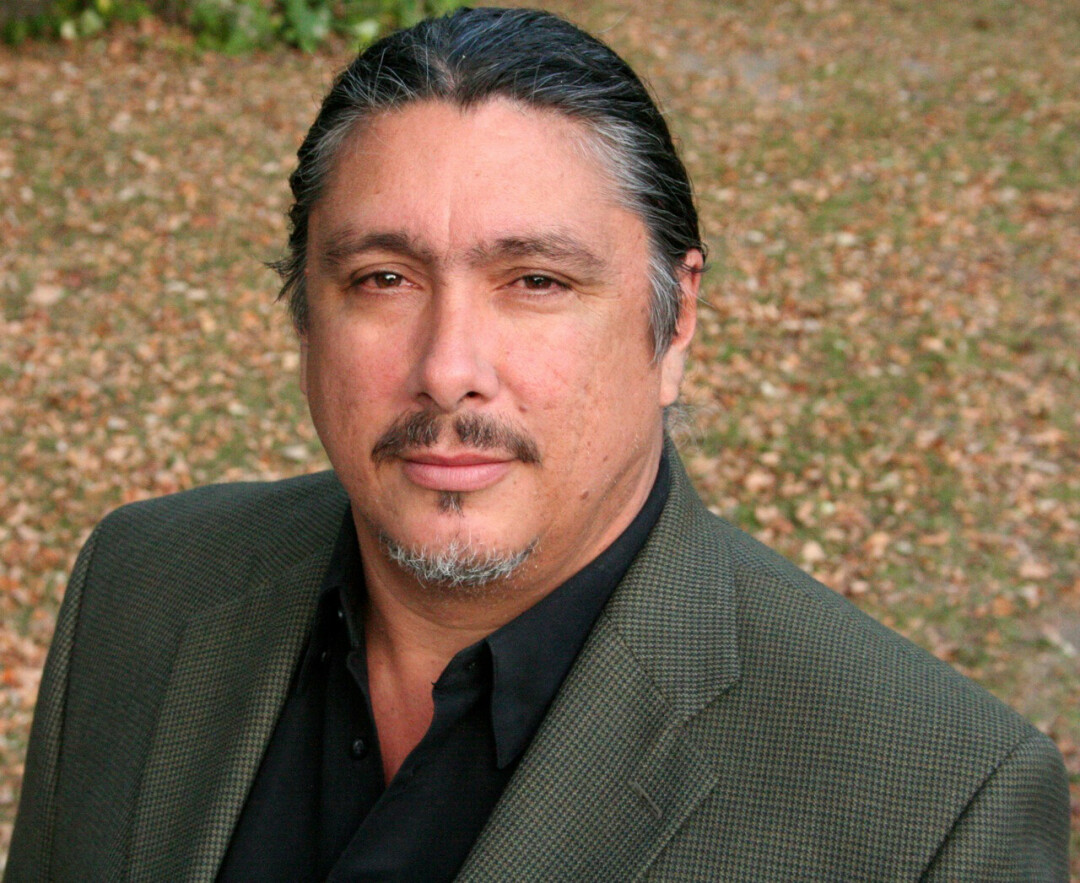 I have come to realize that there are not many words in the Anishinaabe language that can describe the many complex environmental phenomena brought on by climate change.
Throughout their lifetimes, many Anishinaabe elders have experienced flooding, drought and intense storm surges, but, today, the frequency and duration of these weather events are creating pronounced changes in vegetation, hydrology and animal populations.
Conversations about these weather events within Anishinaabe communities are limited because of this lack of terminology.
It is my opinion that we need cultural concepts in the Anishinaabe language that describe these human-induced climatic events from an Anishinaabe perspective, as opposed to scientific concepts like tipping point, positive feedback and mitigation.
Here, I propose six (6) dynamic words and phrases in the Anishinaabe language describing current human-induced climate anomalies.
Aanjikamigaa
“Changing landscape”
(aanji = changing; -kamig = earth, land; -aa = state or condition)
Aanjikamigaa is a term that describes the changes on the landscape that are a result of climate change. Increases in Greenhouse gases into the atmosphere create the potential for increased storm intensity, flooding, and drought.
The fluctuations in temperature and precipitation may directly impact cultural Anishinaabe resources on the landscape, such as wild rice, maple syrup production and tribal fisheries.
Aanjikamigaa is a term that identifies a changing landscape for years to come as climate change continues to intensify.
Dagwaaginaagwad
“It appears like autumn”
(dagwaagin = fall, autumn; -naagwad = it appears as such)
(dagwaa = be shortened; -gin = it grows)
In the Anishinaabe language, Dagwaagin is the term for “It is fall autumn.” This is the season when the leaves naturally change color as the result of less sunlight (shorter days).
The month of September is called Waatebagaa-Giizis – “The Moon of the Brightened Leaves.” Aspen and Birch turn bright yellow; maple trees turn brilliant shades of red, orange and yellow, and the Tamarack, the only cone-bearing tree that sheds its needles in the fall, turns a bright yellow in the late autumn.

The brightening of the leaves in the autumn signals the coming of winter.
In the summer of 2021, much of the landscape west of Lake Superior experienced a severe drought. By late July, the leaves on the Aspen and Birch began to turn bright yellow.
It appeared as though autumn was arriving. The only difference is that the yellow leaves did not naturally senesce (detach and fall off), but rather they stayed on the trees and turned brown. The pre-mature color change was directly related to drought conditions.
Dagwaaginaagwad is a term that identifies the impact of drought conditions that prematurely changes the color of the leaves in the summer months.
According to numerous climate assessment reports, droughts are expected to increase in the upper Midwest region. Thus, “It appears like fall” is an appropriate term to identify this climate anomaly in our forests.
Zaasigaakwii
“Barely Hanging On”
(zaasi = barely hanging onto something; -aakw = wood, stick; -ii = state or condition)
This term is used to describe the struggle for survival. “Barely hanging on” describes the state of birds and animals clinging onto branches and limbs trying to survive a severe late-spring snowstorm or ice storm.
Upon returning from wintering grounds in the spring, many birds arrive eager to mate and prepare for their hatchlings. When a severe ice storm or snowstorm occurs after their arrival, many birds struggle to survive in these adverse conditions. Freezing rain and ice coats their wings; the snow buries their food supply; the wintery conditions make them vulnerable to sickness and predation. Many migrating birds perish from these abnormal weather anomalies.

These late-spring anomalies also impact animals coming out of hibernation. After a long winter’s sleep, many mammals need to eat to replenish their body’s fat stores. Because of a late snowstorm or ice storm, food may become inaccessible causing the animal to struggle for survival.
Zaasigaakwii is a word used to describe the struggle for survival caused by unusual and out-of-sync weather conditions. Though this struggle is not something new to the animal world, climate change may increase the frequency of these weather anomalies that adversely impact many of our animal and bird relatives.

Baatekamigaa
“The land is dry”
(Baate = it is dry; -kamig = earth, land; -aa – state or condition)
I could not find a word for drought in the Ojibwe dictionaries, but I am confident that many of our Anishinaabe ancestors had words to describe drought conditions.
According to the 2007 IPCC’s Physical Science Report, North America would experience intermittent drought and flooding as a result of increased greenhouse gas emissions into the atmosphere. The long-term decrease in precipitation will have detrimental impacts on many cultural resources that Anishinaabe people have relied upon for centuries.

The potential for wildfires in the northern woodland regions is also exacerbated by extended periods of drought.
Baatekamigaa describes the drought periods brought on my climate change that can last for several months to many years. As mentioned earlier, Minnesota experienced a severe drought that altered the lifecycle and senescence (naturally detaching leaves) of many hardwood trees, including Aspen and Paper Birch. Fortunately, this drought only extended through the summer months as the rains eventually returned and replenished the parched landscape.

Having a word for “The land is dry,” will assist Anishinaabe people in remembering those drought years and the impacts to the land and wildlife.
Bakwenemagad
“It is smoky or hazy”
(bakwene = It is smoky or hazy; -magad = inanimate emphatic suffix)
For several summers, there were wildfires on the west coast and in northern Manitoba. The smoke from these wildfires traveled thousands of miles eastward, creating smoky skies for the Great Lakes region. The wildfires, exacerbated by climate change, impacted the air quality for millions of people across the continent.

Because of decades of fire suppres-sion, tons of leaf litter exist on the ground that could fuel many more wildfires in the future.
Bakwenemagad describes the smoky skies created by these wildfires. The Sun appears as a hazy bright red object as smoke inundates our skies. Peoples’ health is adversely affected by the smoke, especially those struggling with asthma and other respiratory diseases. “It is smoky or hazy” will be used to describe this atmospheric anomaly exacerbated by climate change.

As storms and winds begin to strengthen in coastal regions, as western landscapes become drier and more vulnerable to fire, many human beings find themselves as Zaasigaakwii – barely hanging on in an abruptly changing environment.
As Oren Lyons, Faithkeeper of the Onondaga Nation stated, “Nature has no mercy, only law. If you don’t abide by this law, you suffer the consequences.”
I believe that Indigenous languages and ways of knowing are vital to understanding and abiding by this natural law.