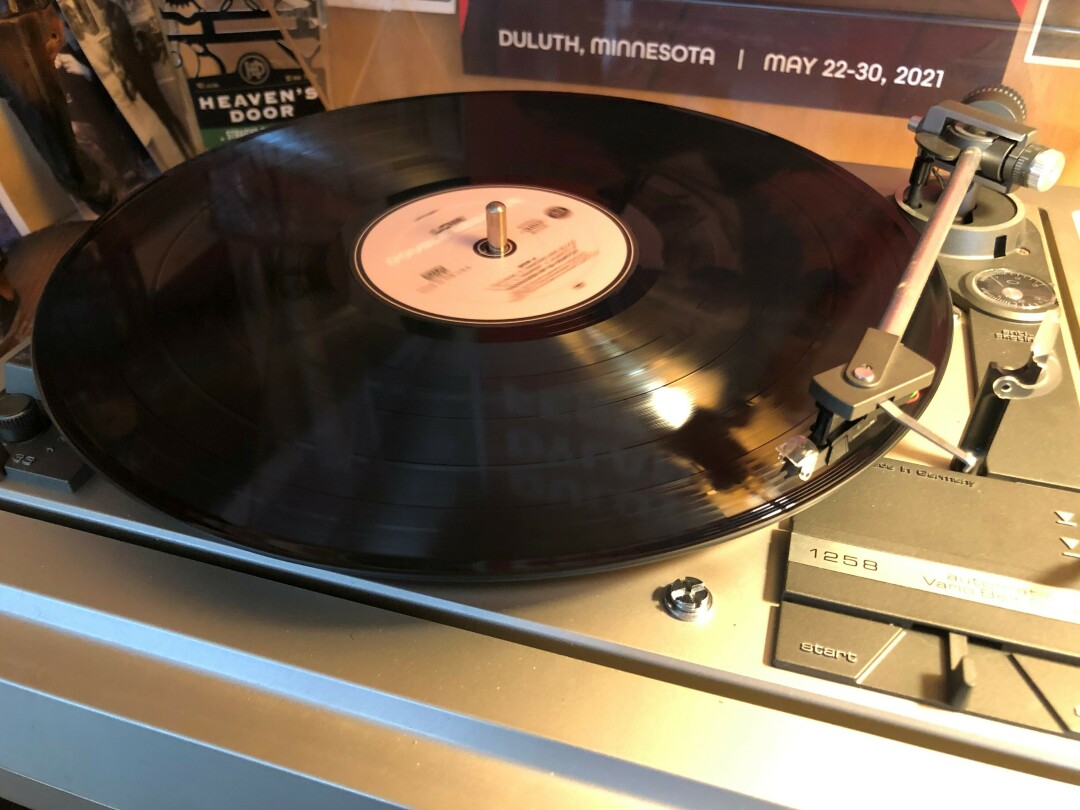 Perhaps music lovers can be separated into two categories – those who cherish vinyl records and those who are totally tuned into digital recordings.

For the former, opportunities to expand their collections are available. For the latter, delving into vinyl archives could expose them to music that is still relevant today and informs current offerings.

After years of so-called technological advances that resulted in music being produced on 8-track cartridges, cassettes and compact disks and/or stored as mp3s and mp4s on computer hard drives, the vinyl record has returned to popularity.

More and more contemporary artists are choosing to release new works on vinyl for sound quality and possibly in rebellion to corporate-driven entertainment. Most recently I saw that Joseph Huber, who performed at Sacred Heart Music Center last week, had an LP with his music for sale.

To delve into the world of vinyl recordings, I attended the third “Vinyl Happy Hour” at the DECC on Tuesday, Nov. 15. It consisted of a cash bar and DECC Executive Director Dan Hartman spinning requested songs from his personal collection of LPs for the public’s entertainment.

Perusing through Hartman’s three bins full of albums revealed his wide range of taste in music from Sinatra to Hip Hop.

Only a few clusters of folks ventured out in the winter weather to enjoy this free event. Many of them appeared to be of the younger set, whereas I had expected mostly old timers. With beverages in hand (non-alcoholic drinks were also available), we relaxed in lounge chairs overlooking the harbor and Canal Park to hear the requested selections.

At times it was like playing “Name That Tune” as we guessed which artist was being played. Even when we recognized a tune, its name wasn’t always on the tips of our tongues.

Once the artist and song were correctly ascertained, it opened the door to discussions of when we first heard it, what concert we attended and other pleasant musical memories.

This is the joy of listening to vintage LPs.

Hartman was pleased to share some of his finds with the curious. One of particular note was the Beatles’ White Album, intact with all of materials including the 8x10 photographs of the Fab Four.

Wow, I had those framed and on my bedroom wall as a teenager. But I didn’t hear any Beatles songs played that evening.

My companion commented that one could just as easily sit at home listening to one’s own LP collection with a $2 rather than a $6 beer.

However, this was a chance to be exposed to someone else’s musical choices and it was a comfortable place to hang out, enjoy the view of the harbor and to connect with friends.

You’ll have one more chance to request selections from Hartman’s collection of newer and classic vinyl records on Tuesday, Nov. 29 in the Symphony Hall Mezzanine (enter Door D).

No one would count me as a vinyl collector, but for more than 40 years and countless moves I have dragged around my Dual turntable (non-functional most of the time), Pioneer tuner and double cassette player, as well as a box full of records, though I wasn’t able to play them.

I am glad I did, as I finally got the turntable up and running after moving back to Duluth, allowing me to rediscover the music in my own stash of LPs.

When in preparation for taking in the above-noted event, I checked out the pop-up vinyl sale at Pizza Lucé on Saturday, Nov. 12. Evan Tepler of Round Here Records brought eight crates loaded with 800 records into the bar early in the day.

Here too, younger folks were there flipping through Tepler’s inventory, which also included CDs. I ended up purchasing Low’s 2018 Double Negative vinyl album, along with three other Low albums on CDs. Although I first heard this band shortly after it formed, back when I lived here in the 1990s, I wanted to be brought up to speed with its music as my personal tribute to Mimi Parker, after her recent death.

Tepler stated that he periodically brings his wares to pop-up sales at various locations around town, so be on the lookout for those if you are interested.

Coming soon is “Record Store Day” on Nov. 25, otherwise known as Black Friday. It is a biannual event where new vinyl LP releases are available only in independent record stores. (The second Record Store Day occurs in April.)

Collectors who are waiting for certain special releases should investigate the Vinyl Cave in the Globe News building in Superior that day.

I had never been to this specialty store, so I ventured across the bay to see what the place has to offer and was bombarded by a flood of memories as I found LPs by the likes of Petula Clark, Roger Miller, the Everly Brothers and numerous other ’50s and ‘60s artists.

Indeed, the shop’s proprietor, Tom Unterberger, said these records hold “trigger songs” that serve to bring back clear recollections of particular times and places in amazing detail. In addition to vintage records in the Vinyl Cave section, the store sells classic toys such as Hot Wheels (only $1 apiece!), comic books, etc.

When asked about the resurgence of vinyl, Unterberger asserted that vinyl never really became passé, rather there have continued to be stalwart collectors who say the sound quality of music on vinyl exceeds that of later technologies.

Of course we’ve seen how these records have been used in new ways with catchy scratchy manipulations to create new sounds in disco settings.

Further evidence of the enduring attraction of vinyl are events such as the recent one at Earth Rider’s Cedar Lounge in Superior on Nov. 17, titled “Pitchers and LPs” with the DJ 5th Degree. Missed that one, I’m afraid.

So what is it, exactly, that makes some folks so devoted to vinyl?

A colleague put it this way: “It’s exciting to slit the plastic on a new record, slide it out of the jacket and place it on the turntable for the first time. There’s that beautiful sound as you place the needle on the vinyl, sometimes a crackle. And then the warm sound of vinyl oozing out of the speakers as I enjoy the album artwork and liner notes. And it’s very hard to roll joints on a CD cover.” 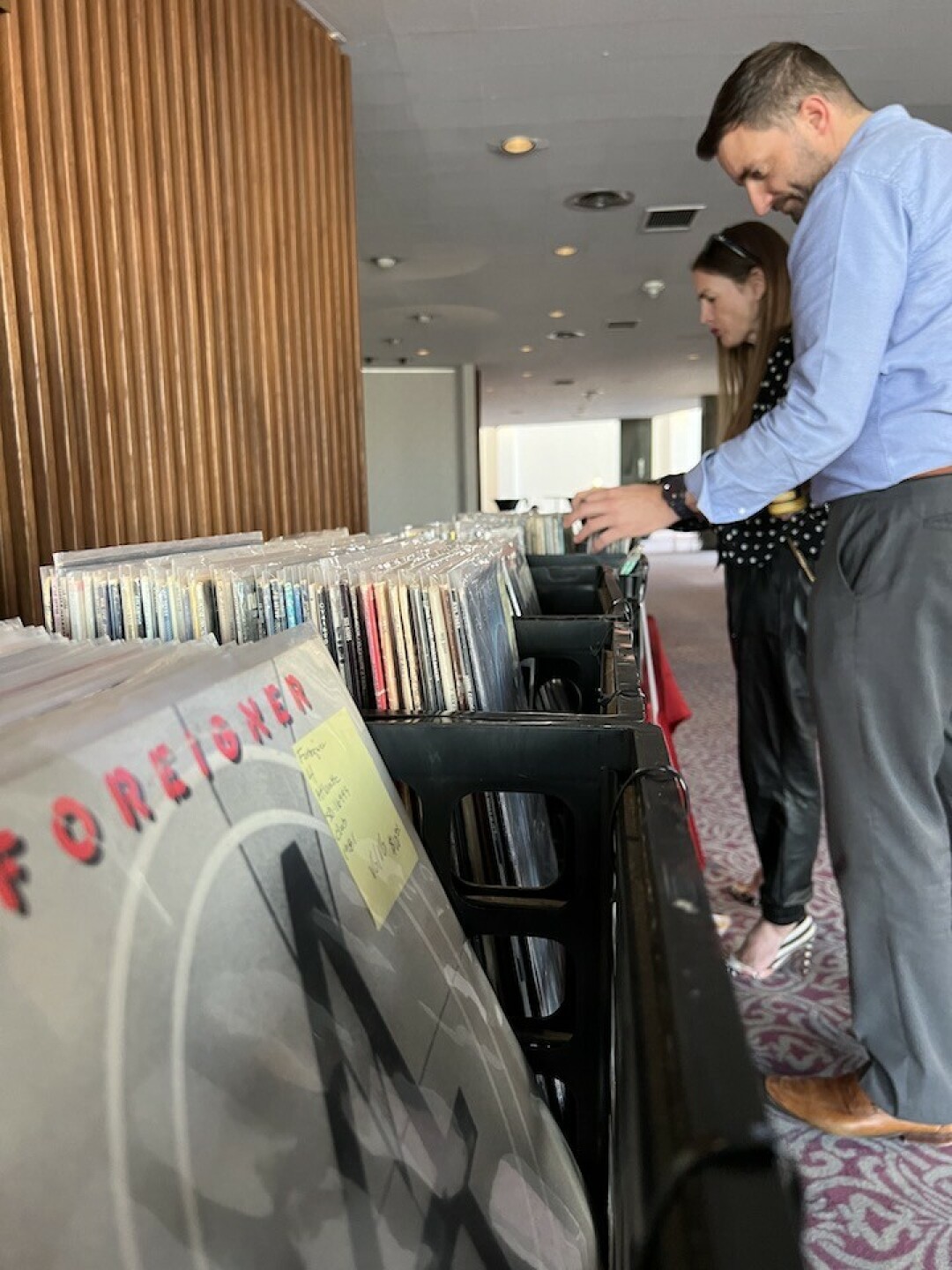