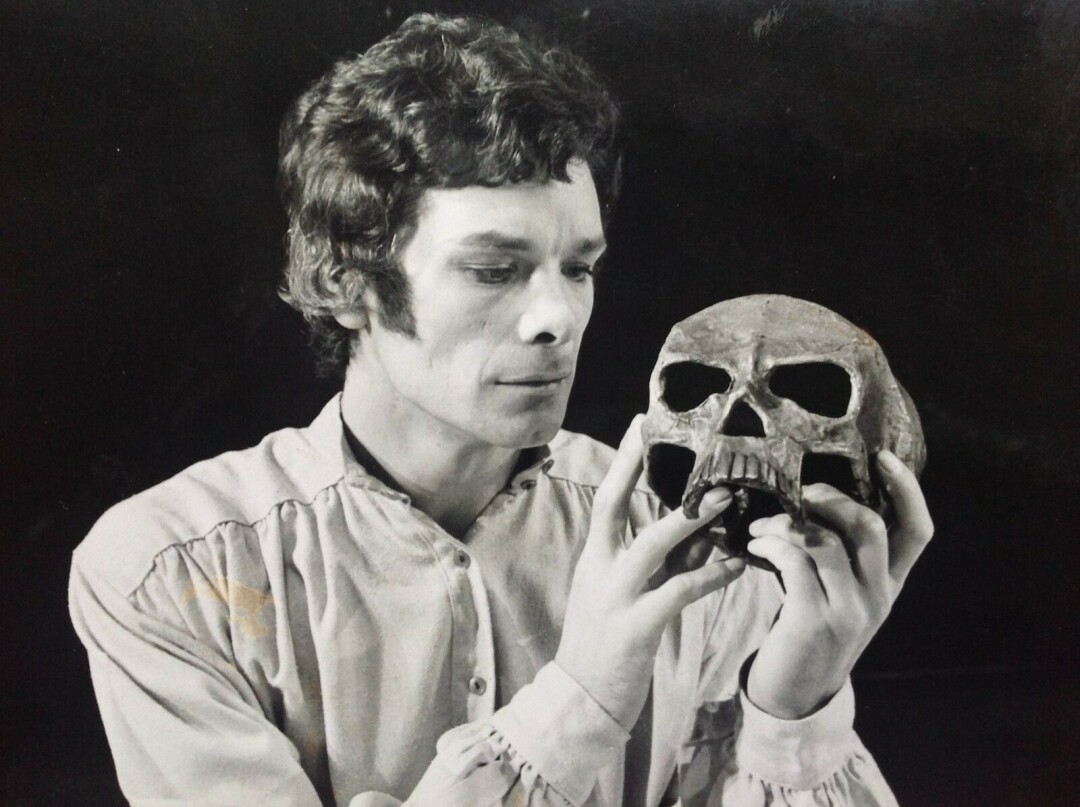 That’s the big question today: To be (democratic) or not to be (autocratic)

Here we are, only 400 years after our major trouble started with the Mayflower and other ships landing immigrants and slaves on “American” soil named after an Italian entrepreneur named Amerigo Vespucci. He explored possibilities here twice between 1497 and 1504 – for Spanish and Portugal kings and queens.

I don’t have the room to cover any of the 65,000 years it took to get our natives out of Africa to killing buffalo on the plains.

The 2022 elections are over, but the vote did not answer questions about which direction the Divided States of America will take, or which fork, interstate, mountain trail or swamp we will endure in the future – if there is one. I run to the quill of Shakespeare and Hamlet and his views about survival whenever there are questions about the future:

“To be, or not to be, that is the question:
Whether ‘tis nobler in the mind to suffer
The slings and arrows of outrageous fortune
Or to take arms against a sea of troubles
And by opposing end them (then a discussion of suicide)

Thus conscience does make cowards of us all
And thus the native hue of resolution
Is sickled o’er with the pale cast of thought,
And enterprises of great pitch and moment
With this regard their currents turn awry and lose the name of action.”

To develop the characters in "Hamlet," which is really a story about government by Machiavellian men, Shakespeare had to have read The Prince where “men in general are selfish, treacherous, cowardly, greedy and above all, gullible and stupid.” (Source: Garrett Mattingly)

In other words,"Hamlet" has few heroes and is filled in “general” with selfish, greedy liars.

Will we fulfill common good or nine levels of hell with cruelty and malice?

The chances are pretty slim and Slim is packing his MAGA backpack to leave town. A poll just before the election revealed 68% of Republicans stated Biden should be immediately impeached by Congress.

Most admit the details don’t matter and couldn’t name the “high crimes and misdemeanors” he has committed. A country with just two large political parties, one pro-democracy and one pro-autocracy, is going to have great difficulty getting to the point of serving the common good – or even surviving.

On election night members of the Autocracy Party made the following statements to make the gap between the two widen:

1. Arizona gubernatorial candidate Kari Lake complained about election workers: “They are cheaters and crooks, speak BS and garbage, are incompetent people, propagandists, and are a part of the fake media.”

2. Representative Andy Biggs joked that Nancy Pelosi was “losing the gavel but finding the hammer.” Trump cruelty has no limits.

3. Other candidates made the following comments about Democrats: “Merrick Garland needs some new pantyhose,” ”Beto O’Rourke is a furry (pisses in a litter box),” “Senator Mark Kelly is a little man whose ears don’t match,” “President Biden is a lost child with a dirty diaper,” and “Democrats are lunatics.”

Donald Trump has spread his pandemic of cruelty, nastiness, name-calling, snarling, snickering charges to the society at large. He has changed the language and words in print, TV and radio, and in interviews and press conferences. He is the oldest toddler in the world with a constant hissy fit.

We can’t amend the constitution fast enough to save the soul of America. Only the two political parties can meld enough changes in the next few years to unite the country and save us from autocracy.

We can’t do it with one party that wants to make America great again when it’s never been equally great at any time for all of its citizens in 400 years – and still has a long way to go.

We have practiced slavery for 260 years, pledged Jim Crow for 100 years, danced the hokey-pokey around and over civil and voting rights for 60 years, and sold a Supreme Court to selfish and greedy plutocrats.

We currently have 260 million people above the age of 18 in the Divided States of America who are eligible to vote. More than 105 million did not vote in the 2020 election.

We should ask them why they didn’t participate in our democracy. They could give us some ideas to make it better for the common good.

A Georgia law that makes it a crime to give a voter waiting in line food or water should be considered a crime against humanity.

What do we have to do to make democracy work for everybody?

In the long arc of history good things generally happen because normal Homo sapiens possess empathy, even when sharing a cave. But occasionally, “selfish, treacherous, cowardly, greedy, gullible and stupid” men and women inherit or are elected to lead countries. We have just suffered four years of Trumpty-Dumpty as president and 40 years of narcissistic life that would earn him stays in most of the nine circles of Dante’s Hell.

Although same-sex marriage rites have swept the world like a pandemic, the world of the LBGTQ+ community has a long way to go for universal acceptance of a genetic fact. However, the religious dogma of the Christian churches is slowly being buried forever in the mass graves of scientific karma.

It took the dogmatic men of the Vatican 400 years to apologize to Galileo because he was “intrinsically” right in saying the earth revolved around the sun and they were “disordered” wrong for burning Giordano Bruno at the stake for supporting Galileo’s astronomical facts.

The Vatican has not yet apologized to Giordano’s family for walling him up in a brick cage and cutting out his tongue because he refused to lie to save himself from the public stake.

If Dante was right, the pope and members of his Vatican should spend eternity in the ninth circle of Hell for maiming and burning Bruno.

But maybe changes are coming. A Notre Dame priest wore a Pride rainbow stole while attending a meeting where another faculty member supported abortion.

According to studies of the LBGTQ+ population, we presently have about 25 million lesbian, gay, bisexual, transgender, queer and other LBGTQ+ types in the DSA. With the eight billionth human being born on Nov. 15, the world will have a half billion LBGTQ+ members.

LBGTQ+ member Jared Polis was re-elected governor by a landslide in Colorado.

James Roesener of New Hampshire is the first transgender man elected to a state legislature in the United States. He, at age 26, defeated a cisgender Republican 55% to 45%. He summarized his election: “Especially as a trans person, seeing all of the new political action happening towards my community really kind of inspired me to be a voice for trans people to be visible and help be a concrete part these decisions.”

He works in a boutique shop and lives with his wife in Concord. Of the 1,065 who ran for office, 89% are Democrats. Of LBGTQ+ voters, 84% backed Democrats, while only 15% voted for Republicans.

The LBGTQ+ community is also making trans news in the world where at least half a billion gays live. A rich Thai transgender woman has just bought the Miss Universe Organization that sponsors beauty contests that are broadcast in 165 countries.

Thailand is a country that has insufficient legal and social protections and the Thai LBGTQ+ community still suffers daily indignities. This will change, as Jakapong ‘Anne’ Jakrajutatip plans to bring the contest to parts of Asia for the broadcasts. (Donald Trump co-owned the organization between 1996 and 2002, and once used Moscow as the broadcast site of the contest. It may be where Vladimir Putin gained blackmail material on a “universal” sexual predator now facing sexual assault charges.)

The Miss Universe Organization dropped the ban on trans people participation in 2012. Although there were rumors about trans contestants, the first known one was Miss Spain Angela Ponce in 2018. Miss Nevada Kateluna Enriquez competed in the 2021 contest.

A few days ago a biological male won a local Miss America Pageant in New Hampshire. It will be interesting to see how far down the line the trans gets in the state or national contests!

There is little doubt that 65,000 years ago, when our ancestors started the long march out of Africa to migrate to the world, thousands of members of the LBGTQ+ community were marching with them. Alexander the Great conquered much of Europe, Rock Hudson made cisgender love to Doris Day, Richard-the-Lion-Hearted was terrific at the joust, Alan Turning broke the Enigma code and helped win WW II, Leonard Bernstein wrote the “young-love” music of West Side Story, Barry Goldwater’s grandson “could shoot straight,” and lesbian Florence Nightingale saved hundreds of men from pain and suffering.

Before making more judgments, the gay and straight men in the Vatican should remember that Leonardo DaVinci, an illegitimate child and a gay man, was the engineer who was asked to complete St. Peter’s Cathedral by the pope, painted the world’s most famous painting, sculpted the Pieta, invented flying machines, designed buildings and infrastructure, and is still considered to be the world’s greatest genius. He probably will retain the title until all of us will have eaten our Last Supper.

There are still millions of Americans who “disrespect” the LBGTQ+ community because the Vatican has considered gays “intrinsically disordered” for centuries – as they knew Galileo was wrong for 400 years.

The Vatican is just beginning to examine the scientific truth about Homo sapiens genetics. Evangelical and fundamentalist Christians adopted the Roman Catholic dogma, perhaps because they may have thought the painter-of-ceilings Michelangelo was just another straight guy. Now the Christians have forgot the teachings of Jesus Christ about loving enemies and friends with the same passion.

Too many churches have become third-party political organizations to gain political, judicial and economic power in the Divided States of America. We may be at the loci of our democracy.

Religion has such a pinning hold on patrons on the dogma mat, I’m somewhat surprised to learn that 60% of Americans say they will now vote for a well-qualified atheist. There’s only one member of Congress, Rep. Jared Huffman, who admits he is an atheist.

As usual, when it comes to religion, one can find a god somewhere. We do have 16 members of Congress who belong to what is called the Center for Freethought Equality. They say they do not subscribe to an organized religion.

Will someone please send me a list of the “organized” religions? Corky and I are currently unaffiliated and are looking for a church that follows the teachings of Christ. Just curious.