'The Man from Waco' is my favorite album of the year 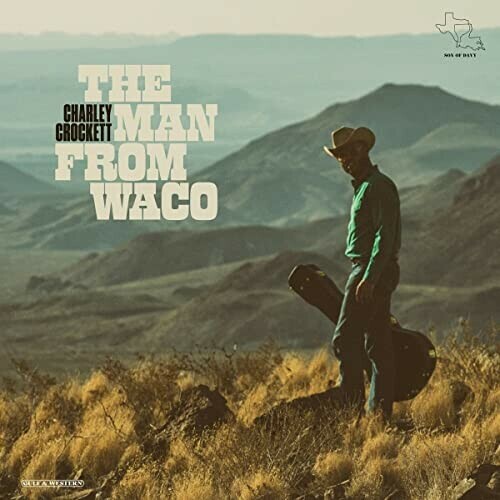 A few months back I was at work with 103,3 The North streaming on my computer as usual, when my ears perked up at an oddly played guitar, sounding like a ringing bell or an alarm,
followed by drums, conga and a horn section, and then a man’s voice begins to sing “A circus is coming through…”
My mind was going crazy trying to identify the artist who made this record obviously from the 1960s. How did I miss this the first time around, I wondered. I couldn’t wait for the DJ to reveal the name of the artist.
Despite having all the sonic hallmarks of a 1960s-era countrypolitan/pop mashup, the DJ revealed that the song “I’m Just a Clown” is a song from a new album by Charley Crockett.
“Everybody knows, that when you purchase a ticket, you expect to get a show…”
It sounded like something Jimmy Webb might have written for Glen Campbell.
So, once again, the greatest radio station on Earth has revealed a new artist to me. In the next few weeks I heard the song played again, and it grew on me with each listen.
Then a few weeks later my ears perk up when another tune starts off with a driving trumpet that sounds like it’s right out of a ‘60s soul jazz piece. After the sweet intro, Charley Cockett jumps in, singing about “Trinity River...such a dirty little river.” The song swings hard and gives me goosebumps every time I hear it.

OK. After hearing “Trinity River, I’ve heard enough. I need to hear the entire album, The Man from Waco, which I order immediately. I discover this is the tenth record from Mr. Crockett since 2015. And I’m just hearing him now?
That’s OK, I’ll be checking out his earlier output, but right now I am designating The Man from Waco my favorite record of the year.
The record opens with a wistful piano playing “The Man from Waco Theme,” a lovely, sweepingly cinematic 58-second instrumental that kicks off this 15-song masterpiece.
That’s followed by the joyful “Cowboy Candy.” After many listens, I still don’t know what the hell Cowboy Candy is, but it makes the protagonist smile from ear to ear. It’s the kind of classic country song that will have you smiling from ear to ear too, especially with Crockett’s cowboy whoops, and you don’t even have to know what the hell Cowboy Candy really is.

Next is what sounds like another instant classic, a song of yearning memory called “The Time of the Cottonwood Trees.” Crockett is a master at capturing yearning, wistful, plaintive (aren’t those three all the same thing?) melancholy – it’s not downer sadness, but the kind of feeling where you miss a person or time or memory deep in your heart. Is that Nostalgia Syndrome?

“Just Like Honey” is a country song that all the new country phonies would give their expensive sparkly jeans to write.
And then we come to the song that gives me the chills every time I hear it “I’m Just a Clown.” It’s a perfect song – beautifully written, incredible bursts of powerful music, including a horn section, nerve-tingling organ, prickly lead guitar, and then, on top of it all, Charlie’s voice insisting that he’s “just a clown.”

However, when I played it for a friend, she was not impressed. She felt something was missing?
What, I asked? Well, you know, she said.
No, I don’t know. But her reaction makes me wonder if I just relate to the sad sack aspect of the character in the song as only a man can? Just a guess.
Austin musician/producer Bruce Robison produced The Man from Waco.
I can think of only a handful of records that I’ve had such a visceral response to, such as Freedy Johnston’s Can You Fly, Chris Whitley’s Living With the Law, Shelby Lynne’s I Am Shelby Lynne and Running, Jumping Standing Still by Spider John Koerner and Willy Murphy. I put The Man from Waco alongside them.

Charley Crockett is playing First Avenue in Minneapolis on Nov. 29. Wish I could go, but that’s the day The Reader goes to the printer, so I’m tied to my desk, unless ...
Fingers crossed!