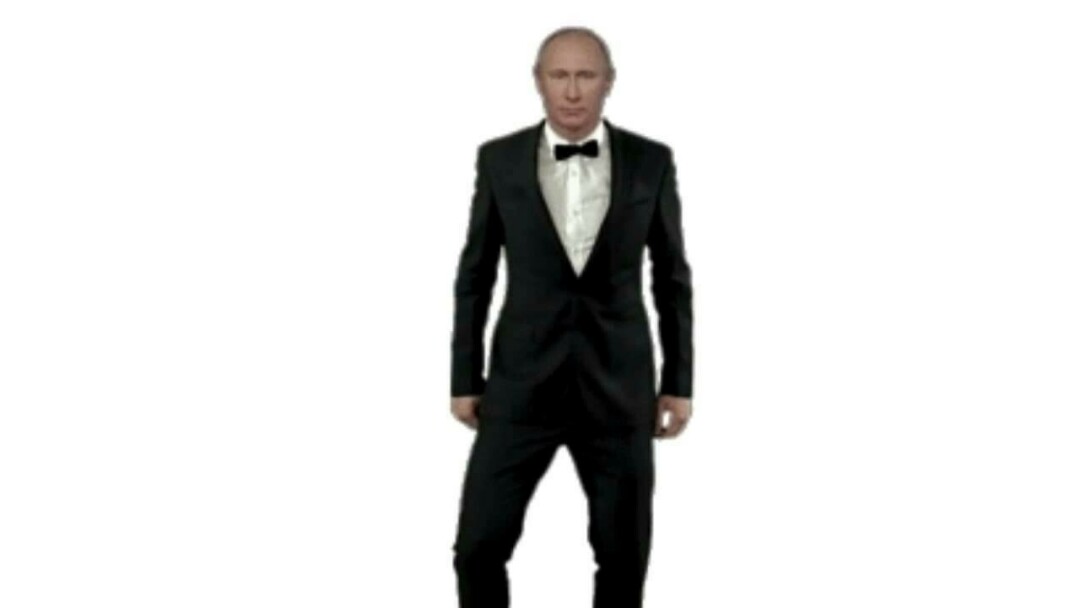 It’s been many years since Corky and I did the Hokey Pokey, that dance where you forced  your extremities, including your head, to flail and shake to a musical Caribbean-like beat furnished by various instruments. The common lines were similar, only substitute body parts: “Put your right arm in, take your right hand out. Put your right arm in, and you shake it all about.” You get the idea. The next lines involve feet, butt, and your “whole self”---and a whole lot of shaking them “all about.”

I thought of the Hokey Pokey while I watched a Republican campaign TV ad attempt to make a new orifice in the Minnesota Attorney General Keith Ellison’s body by attacking him as a “defund police” advocate, a speaker at a program “defending a killer,” a defender of “blood in the streets,” and other crimes too numerous to mention. The right-wing ad then attacked the paralyzed left-wing for supporting diabolical policies. A politician with a paralyzed “right” or “left” side with half a left or right brain can’t do the Hokey Pokey. Good government demands that politicians must do the Hokey Pokey at times to serve their country.

Have You Noticed? Like Donald Trump, Vladimir Putin Has No Sense of Humor

The November 8 election will most likely determine whether we will go backward or forward, or whether we will continue to be paralyzed like Haiti or Russia until we go on life support without a democratic heart. We worry what Vladimir Putin is thinking when he sits at one end of a 30 ft. white table while negotiating with a single foreign diplomat at the other end. Why does he have a big dog with him whenever he meets with a woman representative of a foreign country? Russian history, a country with eleven time zones, is filled with great Peters and Catherines, Stalins and Rasputins, Lenins and Gorbachevs, Pavlovas and Baryshnikovs. and dozens of world-class writers and poets. Yevgeny Evtushenko is a favorite poet of mine. His poem “Humor” represents the great mass of most Russians who are very much like most of us. Here are a few lines from a poem that beautifully describes the human values in humor:

“Tsars, Kings, Emperors, Sovereigns of all the earth have commanded many a parade
But they could not command humor. They tried to commission humor, but it couldn’t
Be bought. They tried to murder humor, but humor thumbed his nose at them.
It’s hard to fight humor. They executed him time and time again. His hacked-off head
Was stuck on the head of a pike, but as soon as the mummer’s pipes began their
Quipping tale, humor cried ‘I’m back! I’m here! And started to foot a dance.”

(And I bet humor danced the Hokey-Pokey!)

Why We Must Fear Putin Today

Russia has been an organized country for 1,360 years, led by the sane and insane, by the greedy and generous, by Wonder Women and cruel men, and by bloody czars and killer dictators. Now Russia is ruled by a cruel, humorless malignant narcissist who says with every move: “I alone can restore all of the glory of Russia represented by those fourteen centuries.” Besides that, he is greedy and is most likely the richest man the world has ever seen. The question is: If he fails to fulfill his autocratic dream of restoring Russia to its former glory, is he too much of a coward to blow up the world?

If you want to know more about the murderous and cruel Stalinist years of 1924-1953, read two books by Aleksandr Solzhenitsyn, a Russian dissident, who was deported to the U.S. in 1974 after serving eight years in Siberian prisons and labor camps. In One Day In The Life Of Ivan Denisovich, the first book in Russia ever written about the Stalinist years 1924 to 1953, he describes the miserable, starving, frozen eight years (1945-1953) where brutality and cruelty was the norm. Later, he published The Gulag Archipelago, a three-volume set about the labor camps that stretched along a path through the 11 time zones. Absolutely necessary in understanding Russia and its leaders.

The latest Atlantic magazine article “The Long History of Russian Brutality” by Adam Hochshield reveals why Russian troops are continuing to commit war crimes by raping, shooting Ukrainian prisoners, blowing up civilian apartments, water treatment plants, hospitals, and killing civilians who are not engaged in the war. His article is subtitled: “What the fratricidal fury of the country’s civil war a century ago can teach us about the invasion of Ukraine.”

As a Marine Corps officer, I had to review the rules of war as outlined by Geneva Conventions and other international treaties each year with my command. The Russian armed forces have ignored such treaties for over a century. In the Russian Civil War of 1917 to 1921 the Communist Reds and the autocratic Whites killed each other with equal abandonment of any rules of war. A few examples of “crimes against humanity” committed by both sides:

1. When Red forces promised to spare 50 White cadets of the upper class if they surrendered, when the teenagers surrendered, their arms and legs were bound and they were thrown one at a tine into a blast furnace.
2. Whites were forbidden to shoot Red prisoners because they lacked ammunition, so they castrated them with sabers, then buried them up to their necks and cut off their heads-with sabers.
3. A favorite Red torture was to stick White hands in boiling water and then slowly peel off the skin.
4. Whites burned Red captives alive and White Cossacks would kill Reds by whipping them with metal rods.
5. Reds tossed a White colonel into a train engine firebox. White prisoners were tied with barbed wire, placed on a barge which was sunk in a river.
6. During these murderous activities, an estimated 50,000 to 60,000 Jews were killed when the Reds and Whites took a day off from killing each other.

That’s enough to keep you interested. We have had our days, too. We Whites have lynched 4,400 Blacks and slaughtered thousands of American Indians while stealing the land of ten million buffalo. The questions remains: Will Putin use nuclear weapons to complete his autocratic dream?

Bob Dylan is Right: The Times Are Changing

Most of the world seems t0 have accepted the fact that Miss Argentina and Miss Puerto Rico fell in love when they were competitors at a world-wide beauty contest and decided to get married. It is also a critical fact that in the 50 Divided States of America citizens will have the opportunity to vote for 678 LBGTQ+ candidate running for office in 2022, an increase of 18% 0ver the number that ran in 2020. Cisgenders represent 86% of the 2022 candidates while LBGTQ+ members are represented by 14% of the total candidates. Of the 1,065 people who ran for office this year, 903 ran as Democrats, 45 as Republicans, and two as Libertarians. Another fascinating critical fact about this group: 62% are White, and 38% are colored.

This increase in LBGTQ+ candidates took place while far right politicians proposed many anti-LBGTQ+ bills barring transgenders from participating in sports, using sex-limiting bathrooms, and censoring and banning books about LBGTQ+ characters and lifestyles. An example of these bills is Michigan House bill 6454 which would make parents and those who assist them such as doctors and nurses eligible for a maximum life sentence if they are guilty of first-degree child abuse! This bill covers transition procedures such as the use of puberty-blocking drugs and “cross sex hormones” such as testosterone and estrogen prescribed for biological girls or boys. A supporter of transgender rights said this about bill 6454: “If you really take it for what it is, now we are finding a way to demonize and vilify parents who are just figuring out how to love and support their child as an individual, which is what we all need and want.” A June 2022 report on transgenders says one in five people between the age of 13 and 17 identify as trans in the entire transgender population. I wonder if that’s a bit heavy. But then there are the parents who claim their toddlers as early as age two wanted to “transgender” to another sex!

Erin Knott of Equality Michigan is also battling 6453: “Gender affirming care is medically necessary and life-saving care for transgender youth. Medical decisions belong to trans youth, trans parents, and their doctors. Unfortunately, the Michigan house of Representatives are trying to come between youth and the care they need most.” The Centers for Disease Control and prevention (CDC) states: “Transgender youth are at an increased risk of poor mental health and suicide when compared to their cisgender counterparts, as well as substance abuse, violence, and risky sexual behaviors.”

Before we discuss whether the Vatican will ever change its rules about gays, remember that bishops, cardinals, and popes have been studying for decades the intricacies of whether unbaptized babies should be allowed to enter Heaven. Evidently there are still millions of babies circling the earth in Limbo, that not very good place, thinking forlornly they will never have a chance to enter the golden gates. But that’s another “religious” problem to b e solved in some century. Let’s get to the problems faced by the 20,086 LBGTQ+ students attending our public K-12 North Dakota schools.

In 1994 Pope John Paul appointed members to the Pontifical Academy of Life, a Vatican organization designed to “study and promote Catholic doctrine on human life and personal dignity.” Popes John Paul II and Benedict XVI filled it with conservative Catholics from around the world. Pope Francis removed all members after his election and asked new members to study such interesting church policies directed at remarriage divorcees, single parents, people in polygamous marriage, artificial birth control, abortion, and the church rules regarding the LBGTQ+ community. The discussions have proved to be electric with some power failures.

In a 45-page document, the Vatican recently revealed one of the major issues discussed in a meeting to organize the Synod of Bishops meetings scheduled for October of 2023 and October of 2024 was “the marginalization of the LBGTQ+ community by the church.” The document acknowledged that discussions about gays dominated the agenda at the bishop’s meeting. At one point it referred to the LBGTQIA, which means they were discussing intersex and the asexual/agender communities. This is positively earthshaking for the Vatican! Will it finally recognize that even gay priests, bishops, and cardinals in the church—and maybe a past pope—are not “intrinsically disordered?”

... to read a book written by Italian Biology Professor Telmo Pievani titled "Imperfection." He thinks it’s amazing it has taken evolution more than 3.5 million years to develop from a tiny amoeba to a “bigly”  asshole like Donald J. Trump. He is pleading that we continue development from The Donald. He further claims Homo sapiens are saps that are of unintelligent design with worthless earlobes, “wisdom” teeth, and their vas deferens, which carries the sperm from the testicles to the penis, not directly and by the shortest route ... He doesn’t seem to agree with Genesis ...