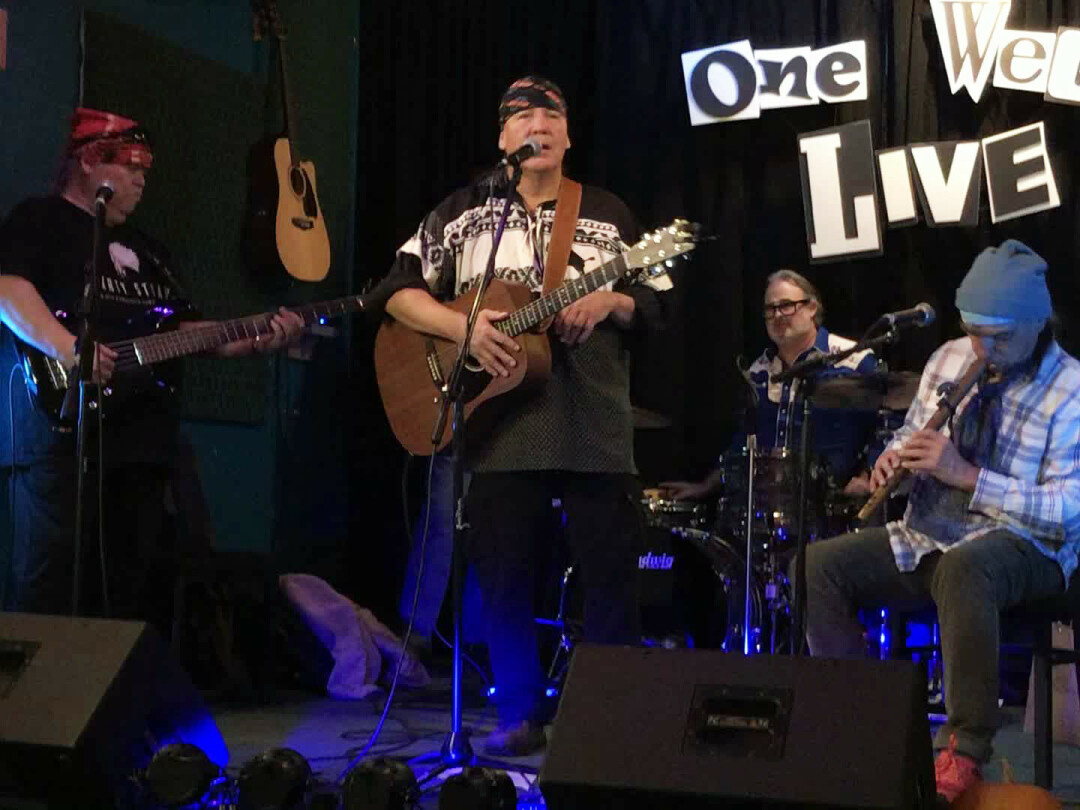 I had been looking forward to this show because I admire Keith Secola’s songwriting, but have never seen him perform. I thought I finally had my chance at the Water Is Life Fest on Sept. 4, but a cold lake wind and six hours of standing (we forgot to bring chairs) took its toll, so my friend and I departed before Keith’s performance.

While this was a showcase for December Wind, a two-piece group from Massena, N.Y., who were here to record a new album at Rich Mattson’s Sparta Studio, Keith did play guitar, flute on one song, and sang a couple of his own tunes – and I was not disappointed. Keith Secola is an awesome guitar player and a smart and funny songwriter.

But it was equally satisfying to hear the powerful and healing music of December Wind – which is comprised of singer/songwriter/acoustic guitarist Atsiaktonkie (pronounced: ah-gee-ach-DOOn-geh) and electric bassist Terry Terrance. For this gig they are accompanied by Steve Martinetti on madnolin and the occasional tambourine, and drummer Chris Petrack.

I liked the mallet drum sound so much that while listening to the band at Wussow’s, I ordered a pair of mallets for my drum set. I talked to Petrak about them after the show, and he said if he tried that with any other band, he’d be kicked out, but the tone is perfect for the music of December Wind.

The band gave a good representation of Hoka, performing the songs “Sacred Ground,” “Flute Song (with Secola on flute), “Run NDN Run,” “215,” “Rise” and “Imma Big Boy,” a song that brought folks in front of the band to dance, including Secola.

Just as the band was getting ready to finish the set with Secola’s famous song “NDN Car,” which I was really looking forward to hearing live, my boss came from our office across the street to ask me to show him how to scan a document. Ugh!