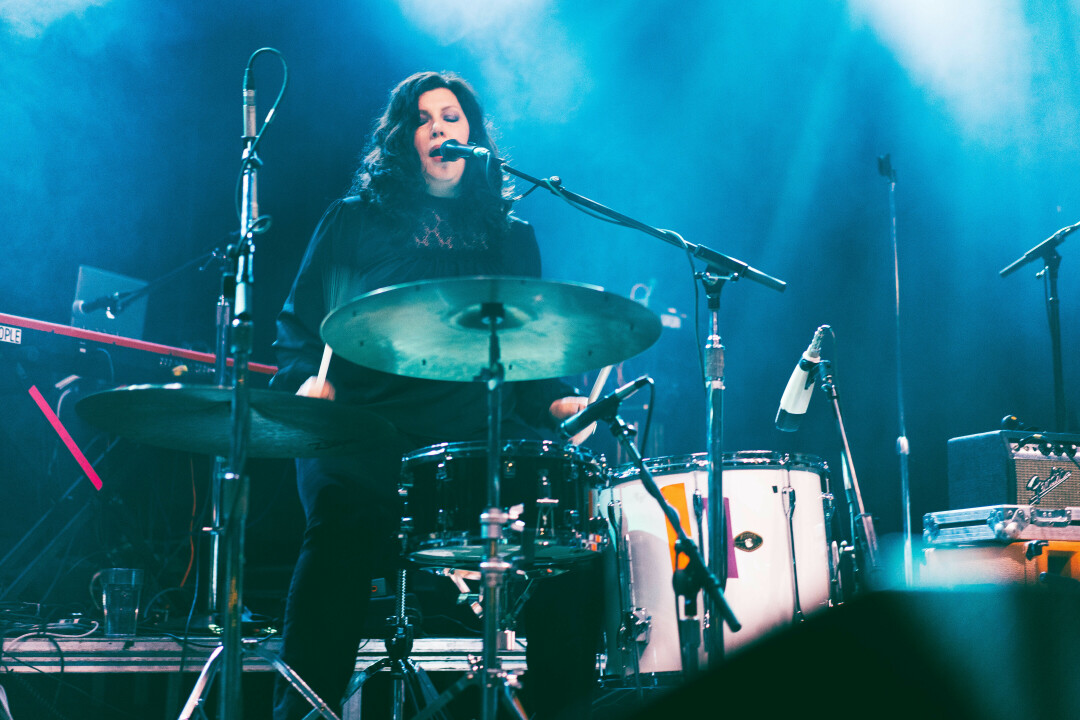 On Monday, Nov. 6, 103.3 The North proved why it is so important to the community it serves.

I cannot think of another radio station anywhere that has the ability to shift on a moment’s notice in order to feature an entire day of music dedicated to Low and its drummer/vocalist Mimi Parker, who died at the age of 55 on Saturday, Nov., 5, after a two-year battle with ovarian cancer.

I cannot think of another radio station with DJs as intrinsically connected to the music scene as are Christine Dean and Malachy Koons of 103.3 The North. Throughout the day – Christine on the morning shift and Malachy in the afternoon – offered a beautiful and wonderfully curated trip through the rich discography of Low and Mimi. It was a magnificent and moving tribute, the likes of which I have never heard by a radio station.

But that has always been the beauty of this station, even in its earlier incarnation as KUMD. It’s community radio at its best – eclectic and open to the world of music, but also deeply focused on the local music scene.

The sad information of Mimi’s death was released to the world via Low’s Twitter account on Sunday: “Friends, it’s hard to put the universe into language and into a short message. She passed away last night, surrounded by family and love, including yours. Keep her name close and sacred. Share this moment with someone who needs you. Love is indeed the most important thing.”

And that is what 103.3 The North seemed to take to heart by devoting the entire day to the incredible music of Low and Mimi.

Throughout the day the DJs took requests from listeners, and they also pointed out where you could find tributes to Mimi online from other musicians such as Robert Plant (who has covered two Low songs), Jeff Tweedy (who has covered Low and produced their 10th album, The Invisible Way, in 2013) and Charlie Parr, who like Low, is an internationally known and respected musician who calls Duluth home.

We thought it would be a good idea to provide some of those tributes to Mimi Parker.

And when you are done reading, remember that 103.3 The North is a community-supported radio station. I’ll be sending my donation soon.

Steve Yasgar is the drummer for The Velvets, a Velvet Underground tribute band with Alan Sparhawk, Steve Garrington and Marc Gartman. This is from his Instagram account. “Chairkickers” is the name of Low’s label but you probably know that.

“Sometimes, it’s hard for me to express things in writing, but I’ll do my best. When your life is based around ‘getting by’ creating and performing, you never know when enough is enough. I knew I had ‘arrived’ when Mimi let me in the kitchen. She was the coolest in rooms packed with cool people, and it seemed effortless for her. I had been a Low fan for many years, and out of respect, stayed to the basement where the jamming happened. The day she invited me upstairs and gave me my ‘Chairkickers’ (Low’s label) check for a recent show meant so much: ‘I’ve got this for ya!’ – standing at the door handing me an envelope, but the money didn’t matter. That check was a piece of paper that showed me that I belonged, with the heroes whose music sang me to sleep and woke me in the morning for many years of my life. It meant more to me than I could express, and as a musician, I ticked off the only box that I really cared about. Her and Al made me feel like I belonged to be there. We were all in awe of you and are all going to miss you, Mim. Thank you for being exactly who you were.”

Robert Plant, performing Sunday night in Glasgow with Suzi Dian, said this: “Now, we’ve been together a while, on and off. And we’ve been drawn to the music of the great duo Low from Duluth, Minnesota. And sadly tonight we know that unfortunately, we’ve lost one of those two people. So we dedicate our songs tonight to Mimi.”

Steve Albini Twitter: “I heard the news in the most base circumstances, surrounded by degenerates, stuck and cursing, in a conference room in Deerfield. I was momentarily overwhelmed, the sound of her voice resonant in my memory, beautiful and heartbreaking.