What do we expect from sports? 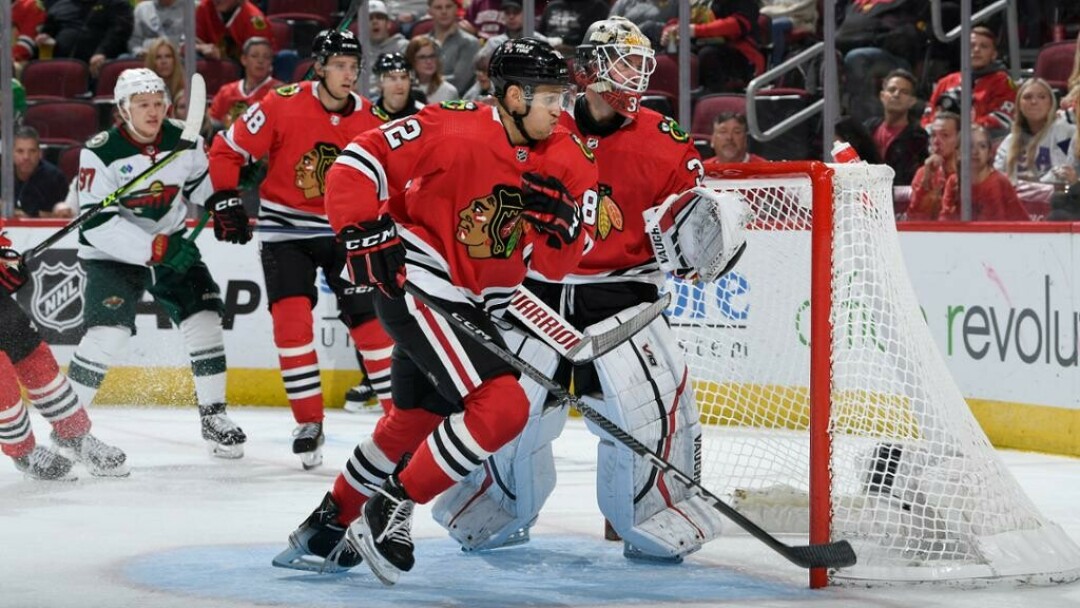 The WILD defeat CHI 4-3 in the SO Sunday night

MIDWAY – Wow! I have had a full past few days of sports viewing and study, and that has been met with a few different emotions based on what I have seen.
I think there are a lot of fans out there who are just like me. We watch for the competitive angle of the particular sport, we watch for the joy of cheering for a winning team, and there seems to be something within us that enjoys that roller coaster ride, the one where in the middle of a game or match our stomachs are telling us they can’t take it anymore but won’t give up watching. We live for that as sports fans.

As we age and mature, we learn that our favorite athletes, at least most of them, are not saints. Some are pretty good human beings and let’s face it, some just aren’t. I’ve written more than a few times that sports mirror life itself, just as life can mirror sports. Winning and losing are very much a part of life. The thrill of winning and the agony of defeat are pretty real things in our society. The good, the bad, and the ugly exist in both worlds. Sometimes athletes are bad actors, as are some fans.

We got an upfront and personal view of bad athlete behavior on Saturday night after the Michigan-Michigan State football game was over. In the singular tunnel leading to the locker rooms of both teams, several MSU players assaulted two MU players. There was some video available from a couple of sources who were in the tunnel, and from a couple of security cameras in the vicinity of the locker room entrances.

As far as assaults go, I can only say that most of us have probably seen or heard of worse, but that isn’t the point.
The point is in how and why this even happened in the first place. Sure, I have read about how the game was “heated” and how the Spartans felt disrespected by the way the Wolverines played, even after achieving a likely insurmountable lead.
But is that why this really happened? Was that the only reason or is there more to it than that? What would a deep psychological dig say about that?
I can’t quantify for you how many thousands of sporting events I have seen both live and televised that were pretty hard-fought battles. None of them ended with several grown men beating on one single person. The released videos look much like a piranha feeding frenzy. I can’t say if either of the two assaulted players were injured, I don’t know and couldn’t find out.

I can say that the optics of what I saw on my screen were pretty ugly. It is a bit of a surprise that either player got up and walked away. Perhaps the perpetrators were subconsciously holding back in some way because the two victims were in highly vulnerable positions.
As of this evening, four MSU players are suspended, and that came down from their school. Spartan Coach Mel Tucker is already under siege due to the team’s poor performance this season.
How does he come out of this? After starting 8-0 last season, Spartan fans were ready to give him the entire school as a reward. He did end up with a whopping $95 mil contract. They are 6-7 since.
Are there regrets in Spartan world over that? I’d guess so.
Aside from the poor logistics that allowed for two teams that just did battle together to depart the field via the same route, how did we get to a place like this? Are sports and winning so cutthroat now that even after a game has ended, the athlete’s hair-trigger response is still right under the surface?

And why is that response usually violent? I have been a sports fan since I was four years old. That was 64 years back. I cannot sit here this evening and say with any conviction that the sports world is a better place now than then because it isn’t. How in the hell did we get here?
WITH THE WORLD SERIES in full swing, tied at a game each for Philadelphia and Houston, another bit of news about MLB has taken center stage. This year marks the first WS since 1950 that will have no black Americans on either roster. For a league that markets the daylights out of its connection to the career of Jackie Robinson, this has to be a bit of a slap in the face.

On the other hand, that was 72 years ago, they can’t say that they were unaware of the trend.
Still, in a sport that is experiencing attendance and viewership challenges, this has to be a bit disconcerting. You are basically talking about the potential loss of an entire demographic if black Americans are neither playing nor watching the sport anymore.
Sports journalist Howard Bryant, a black American baseball observer states that “baseball is a white suburban sport reinforced by foreign labor.” He says “it has been that way for 40 years.” North American blacks occupied 19 percent of roster spots at the peak in 1981. This season on opening day that number was at 7.2 percent. Bryant sees structural issues at the root of this phenomenon that in the end trace back to simple economics.

There was a day when MLB did the bulk of their player development right in the U.S. After the landmark Curt Flood case that began to change with MLB putting more of its development resources into Central and South America.
Unlike American amateur players, Latin players are not subject to the MLB entry draft. That has provided a big financial advantage for MLB teams. The MLBPA has tried to change this but has been unsuccessful.
In an odd dichotomy, the number of players of color is close to 40 percent, even while the number of American black players is fading. Under the current framework at play, would the Minnesota Twins have ever found a Kirby Puckett or a Lyman Bostock? It doesn’t seem likely.
THE MINNESOTA WILD have concluded a 10-day, 5-game roadie (3-1-1) with a win in Chicago this eve, by a 4-3 tally in the SO. Matt Boldy scored twice with Kirill Kaprizov getting the SO winner. The club lost the first game of the trip in OT to BOS, won at MON and OTT prior to losing a lifeless effort against DET by a 2-1 score. This eve’s tilt was the club’s 7th win in a row versus CHI.

With my son ready to do a deep analysis on the club as they close in on the 10-game marker, (4-4-1 for 9 points) I told him that I didn’t know if it would tell us much yet. The team has some minor injury issues and I’m not sure that they aren’t going through an identity crisis of sorts as they try to assimilate a “new” roster in a new season.

Are they a total-skill team? Probably not.
Are they a hard-core tough team? Definitely not.
What they are is a team that will have to bring 110% every time out to get wins. And when they don’t, they will usually get the result they got against the Red Wings. Ouch. PEACE