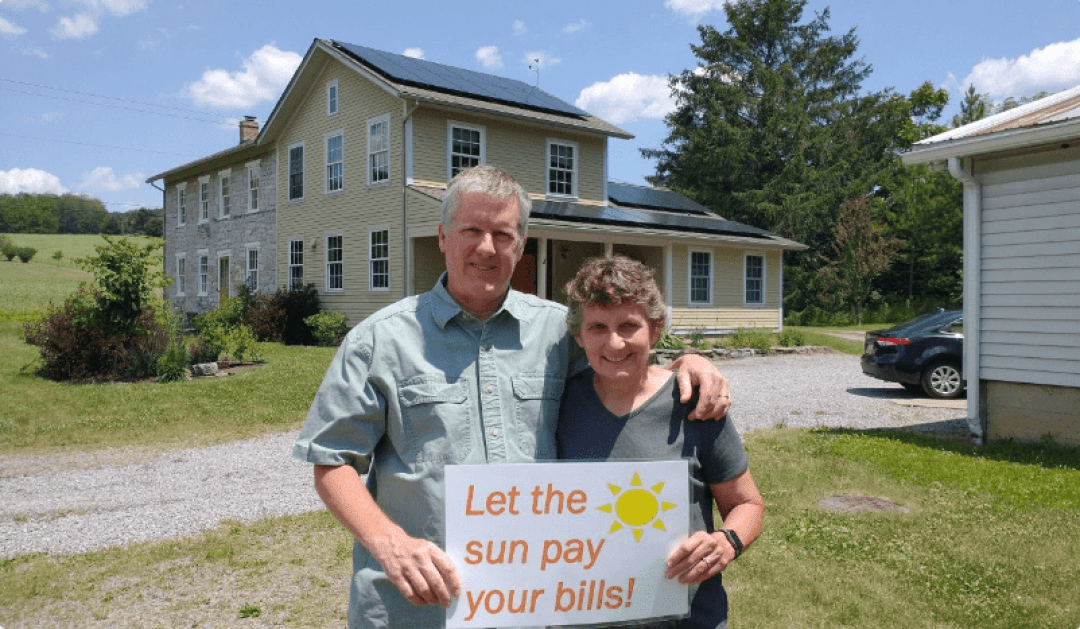 “Over time, over about 15 years, it should pay for itself.”
Christopher Cole beams as the two of us examine his home’s fuse box. The breaker’s main panel displays a small arrow facing right, indicating that Cole’s solar panels are producing not only electricity but also money.
Chris owes his ability to synthesize the sun’s rays above his house into electricity and money to Solar United Neighbors (SUN), a nonprofit organization that organizes cooperatives of homeowners to leverage the power of purchasing solar installations in bulk, providing homeowners with solar panels on their houses at affordable costs.

Thanks to Minnesota’s policy of net metering, which allows individuals with solar generating sources to receive credits on their electric bills for the surplus energy they produce and contribute to the power grid, Cole’s panels, and those of other homeowners like him, pay their owners back over time.

“It’s going to pay for itself in the long run,” Cole said. “If you can come up with that chunk up front, it’s great. Our electric bill last month was zero. What it will do is generate more electricity than we use through the summer and less than we use during the winter.”
After a successful initiative last year, SUN has returned to the Northland for the 2022-2023 season, hoping to recruit more members to their solar panel cooperative.
Purchasing solar in a bulk package through which many individual community members receive panels from the same company allows these renewable forms of energy to be more accessible to those who might otherwise not be able to afford them.
Even with tax credit reductions for solar installations such as those provided in the expansion for Federal Tax Credit for Solar Photovoltaics, which was administered as part of the Inflation Reduction Act in August, the installation of solar panels on a home remains a large expenditure.
Fortunately, SUN partners with One Roof Community Housing, a non-profit organization that helps to make housing affordable through resources such as down payment assistance.
“What we’ll do this year is One Roof homeowners that are income-qualified, community land-trust home-owners, we’ll try to hook them up with some grants and additional incentives. We want to see solar accessible to people of all incomes,” said Bobby King, the Minnesota state director for SUN. “It’s not as easy, but we have been able to help some income-qualified people that weren’t One Roof homeowners. So if people do join and their income is limited, we’ll work with them as best we can.”

Last year, SUN helped more than 100 homeowners get solar installations, eight of whom were income-qualified and one of whom was a One Roof home-owner.
SUN also partners with the Cook County Local Energy Project, a grassroots community organization geared toward promoting sustainability, and Minnesota Interfaith Power & Light, a nonprofit that coordinates with multifaith communities to grow the climate movement.
Solar co-op members can also rest assured that their panels will provide bang for their buck. The panels come with both product and installation warranties that last more than a decade, ensuring that installers will provide maintenance if necessary. Through a selection committee of homeowners, multiple installers are reviewed until the favourite one is chosen.

“SUN solicited bids and we got very, very detailed bids from a couple of different installers,” Cole explained, recalling his time as a member of the 2021-2022 selection committee. “We looked at the proposal and ended up going with Wolftrack Solar. Then, they came out to each individual site and did a really detailed evaluation. They looked at the orientation of the house, the pitch of the roof and the height of trees around the individual house. They even figured out what the average snow cover in Duluth during the year is, and they take all these different factors into account to figure out how many panels are going to generate how much electricity.”