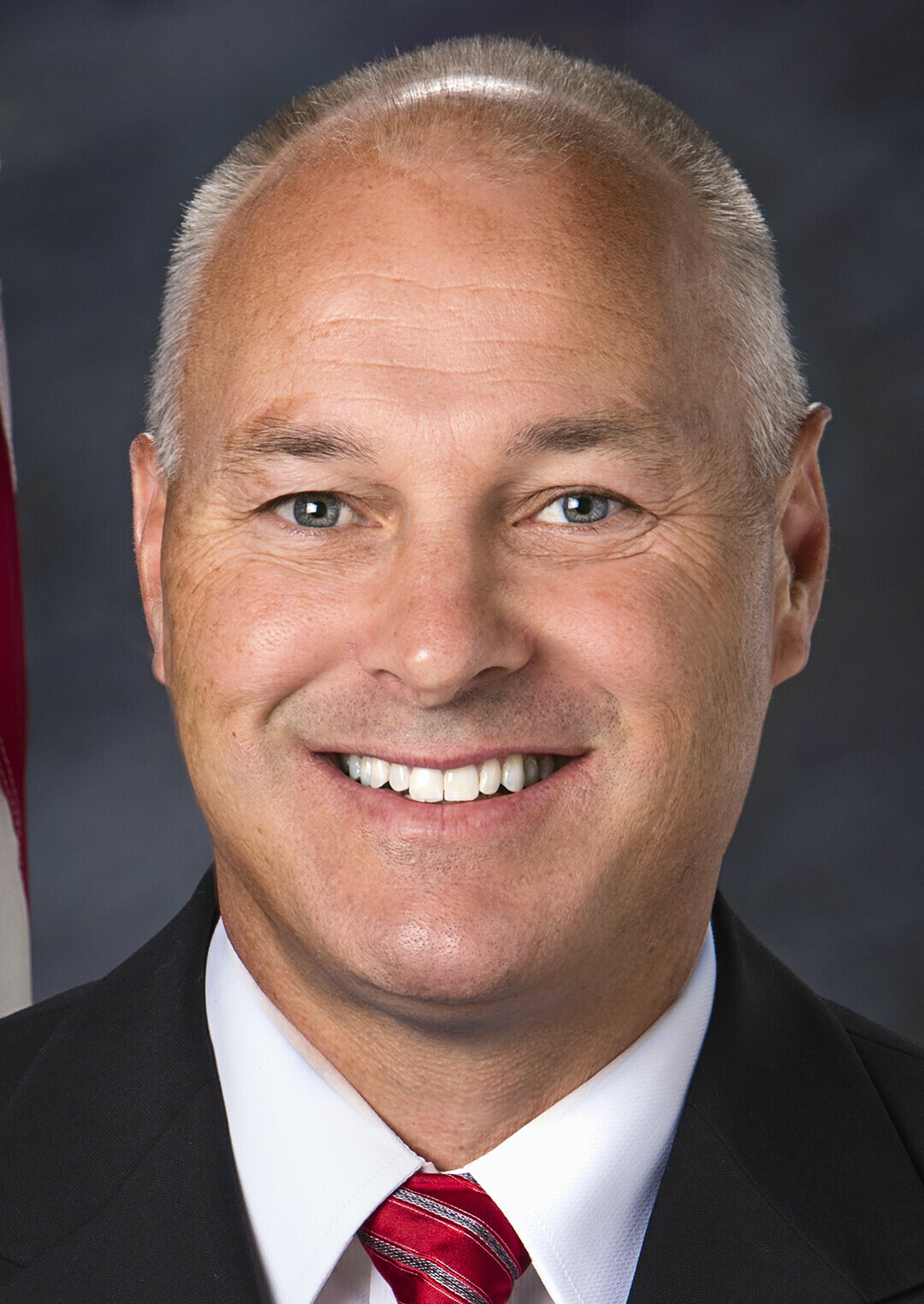 A look at Smilin’ Pete Stauber’s record proves he does not have your best interests in mind. It’s time to stop the flow of taxpayer money to this man of limited vision.

This week’s political dumbbell is two-term 8th District Congressman Pete Stauber.
Why?
Just take a look at his dismal record. What has he done for his district besides his sycophantic Trump bootlicking and wrongheaded legislation?
A lifetime of feeding at the public trough has made this Trump brown-noser a relic of the past. He does not have what it takes to do anything significant for the people of northern Minnesota. He’s too interested in pursuing his own outdated ideas to have any impact on helping this region and country thrive in the 21st century.

During the 116th Congress, this loser voted Trump’s way 87.6 percent of the time, and despite what Stauber and his ilk may think, Trump is a disgraced president. It is certain people of the future will look upon the Trump era as the most bathetic episode in American history. They will laugh at the big orange dummy and the stupidity of ignorant butt-kissers like Pete Stauber who fell for the big orange dope’s Neanderthal and stultifying ways.

Like Trump, Stauber has all the vision of a 19th century white man of privilege. Like Trump, he probably still wonders why they ever gave the vote to women, but he sure knows what’s best for them.
Here are just a few of the things Stauber opposes:
• Anything that might have restricted Trump’s powers or reflected poorly on him.
• Abortion.
• Expanding the national apprenticeship system.
• Providing money for clean-energy research and changing rules for energy efficiency.
• The $1.5 trillion infrastructure bill – yet he, like every other Trump minion, hypocritically attempted to take credit for bringing some money home from that bill.
• Expanding the Affordable Care Act.
• Combating brutality and racial discrimination by police (of course, Stauber is one of them, so he will never be able to see past his blue-tinged perspective).
• Banning drilling off American coasts.
• Raising the federal minimum wage to $15 an hour.
• Repeatedly blocking the sale of arms to the corrupt and murderous Saudi Arabians.
• Requiring background checks for firearm sales.
And this is just a taste of his four years of ineptitude. You can look it up.
Pete Stauber is a sad conservative who does not understand how the big world around him has changed, and so clings to the fading vestiges of the past. In short, the world has passed Pete Stauber by, and voters should do the same.
Pete Stauber is a political dinosaur who fails to realize he is extinct. People of the 8th District deserve a representative in Washington who is not so solidly tied to the past and who is not so afraid of the future.