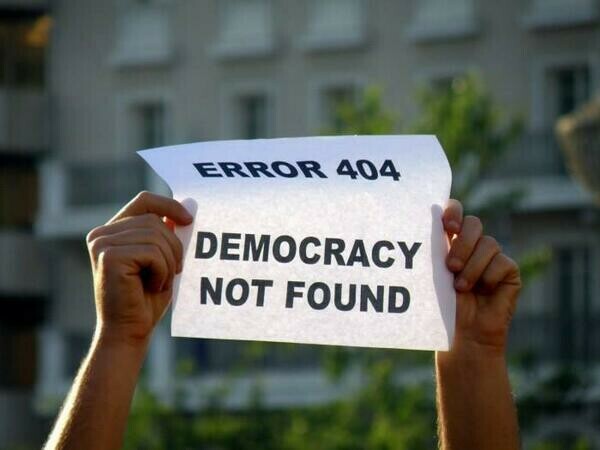 It is easy to think elections and politics don’t matter. But politics is how we make decisions and run our society. Who we elect makes a difference in many everyday practical ways.
Do the potholes get filled? Is the water safe to drink? Do your kids have a good school? Do they have health care? Can they afford to go to college or tech school? Do your taxes go to help your community and build a better country? Or are they wasted on corporate subsidies, tax breaks for the wealthy or some war on the other side of the world?

Our future will be shaped by the choices we make Nov. 8. We are electing our future and the future of our children and grandchildren.
The choices made in the past have shaped the present. Whenever we elected more liberal leaders in the past we made progress toward a better, healthier, cleaner, fairer, more educated, more broadly prosperous society.
When conservatives were elected progress stalled. Today progress on many issues is rapidly being reversed where conservatives are in power.
There are numerous historical examples from all aspects of life in America that prove these statements. In this article I focus on one critical area that affects everyone – protecting our environment.
A recent report from Wisconsin Green Fire documents what has happened to Wisconsin’s natural resources under Republican leadership. Between the 1960s and 2010, Wisconsin was a national leader in science-based conservation and environmental protection. Wisconsin made sustained investments in conservation and established laws and programs that protected natural resources. Wisconsin also protected natural resources decisions and programs from undue political influence. It should be noted that these achievements had bipartisan support and happened under Republican and Democratic governors.

Today the situation in Wisconsin is dramatically different. During the Walker administration (2011 to 2019) science-based decisions were replaced with political expediency. As a result Wisconsin failed to address longstanding conservation issues as well as new environmental threats. The Green Fire report says, “instead of a robust balancing of public interests among stakeholders, a small number of groups representing industry, real-estate and some agricultural interests now exercise a high level of influence over environmental programs, with direct implications for the health and welfare of Wisconsin citizens” (See “Imbalance of Power: How Wisconsin is Failing Citizens in Conserving Natural Resources and Protecting our Environment” on the Green Fire website). The report says under Walker “this shift include failure to conserve natural resources in a range of areas including management of fish, wildlife and forests, protection of public lands and protection of clean air and water.“

Green Fire is not a political or partisan organization. Its members included people with “extensive experience in natural resource management, environmental law and policy, scientific research, and education.” Their purpose is to “advance science-informed analysis and policy solutions that address Wisconsin’s greatest conservation challenges” (quotes from their website).

What is happening today with drinking water is an example. Green Fire says, “Today we have a public health crisis precipitated by Wisconsin’s failure to adequately prevent contamination of drinking water and degradation of surface waters.” This was caused by industrial, agricultural, and poorly managed residential waste disposal practices. This decade-long failure to take effective actions to protect our natural resources has affected the health and quality of life for many Wisconsin residents

The report cites several specific problems with drinking water contamination. As of 2022:
• More than 42,000 private wells and 300 public water systems have levels of nitrates above the current health standards established by Wisconsin Department of Health Services (WDHS).
• Ninety unique sites in Wisconsin have been identified with elevated PFAS levels (per and polyfluoroalkyl). These “forever” chemicals cause cancer an other health problems.
• Wisconsin surface waters continue to decline in quality, with more waters added to the state’s Impaired Waters List each year.
• An increasing number of water bodies have been made unsafe or unusable during more parts of the year as a result of algal blooms or the presence of toxic chemicals.
The clean up and mitigation of these problems is going to be expensive for Wisconsin residents. It will also cost us money. It is much cheaper to prevent pollution than to clean up the mess afterwards.
The Green Fire report says these problems are the result of changes in the “balance of power” between the legislature and the executive branch. Laws enacted between 2011 and 2017 allowed the Republican-controlled legislature to interfere with DNR administrative rule making, prohibit local government control and ignore science-based public health and environmental protections even when overwhelmingly supported by citizens.

In other words typical Republican profit-before-people, anti-regulation ideology killed needed environmental protections. Now we can’t safely drink the water in many places in Wisconsin. When Republicans are in control people get hurt and problems get worse.
Will these destructive Republicans be given more power and control? Will they gain control of the governor’s office?
This is the primary issue on the Nov. 8 ballot. Currently the veto power of Governor Evers is the only check on

the harmful actions of the Republican-controlled legislature. He has used this authority a record-breaking 126 time since January of 2021.
These vetoes included a wide range of bad legislation spawned by nonexistent voter fraud, various conspiracy theories and Republican anti-government ideology.
The list includes restricting voting, allowing gerrymandering, banning subjects in public schools and universities, expanding access to guns, criminalizing abortion, killing any reform of police departments, reducing unemployment benefits and reducing protection of natural resources.
Of course, the Republican candidate for governor, Tim Michels, has promised to sign it all into law. To read the list see the Wisconsin Public Radio article Gov. Tony Evers vetoed these bills. They could be reconsidered if Tim Michels is elected governor | Wisconsin Public Radio.
What is at stake with the upcoming election is much more than the usual political issues. It is what kind of society we will live in and leave for our children.
Our supposedly democratic electoral process is flawed in many ways. In reality we only get two choices in our undemocratic democracy. But this limited choice can make a difference.
Will we continue to make progress or will we go backwards?