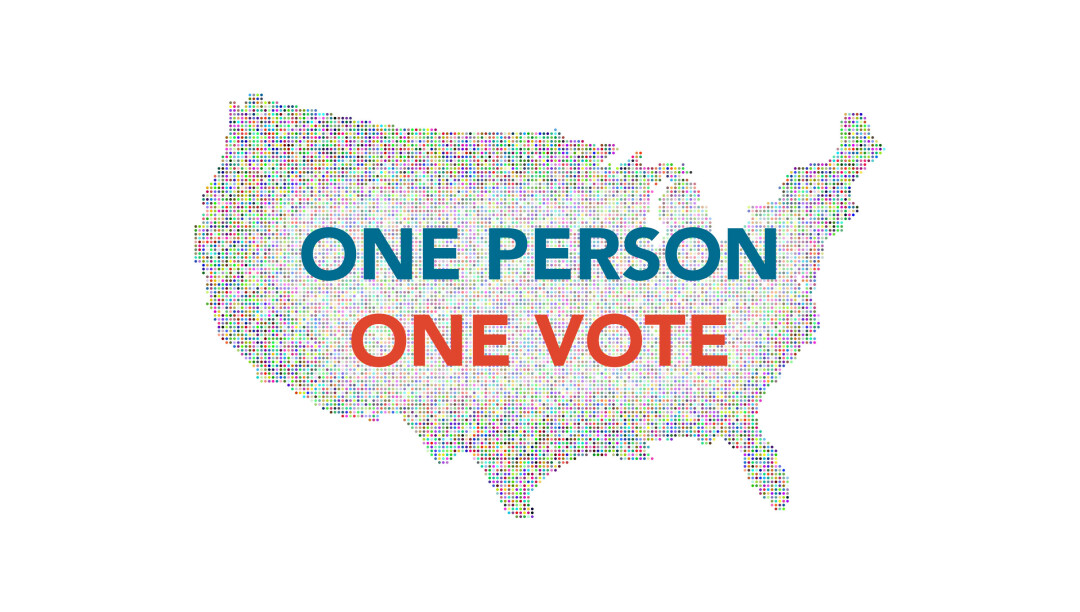 Our politicians lied from the very beginning with that infamous phrase: “all men are created equal.” That is, only if you were White and owned property could you vote.

Many signers of that declaration owned Black property. The big lie continued for almost a century until 675,000 Americans died in battles over freeing Black slaves and allowing Black men to vote. But then the White Ku Klux Klan decided that if they lynched freed Blacks it would dissuade them from voting, so they lynched about 4,400 during the Jim Crow century after the Civil War. We lied to the Blacks about “Separate but Equal” with brick schools for Whites and tarpaper shack schools for Blacks. White men finally voted to allow White women to vote in 1920.

In World War II Black military units such as the Tuskegee fighter pilots who protected bombers on long flights to German installations, Black regiments who fought alongside White units in Italy, and Black navy stevedores who loaded and unloaded ammunition ships in the Pacific theater thought they had earned citizenship. President Harry Truman integrated the armed forces in 1948. In 1964 and 1965 civil rights and voting rights bills lobbied by Lyndon Baines Johnson were finally passed, but the lying only increased.

To maintain White power, a Supreme Court dominated by Republican judges decimated the Voting Rights Act in 2013 by removing clauses that restricted former Confederate states from passing voter suppression bills by the hundreds. Chief Justice John Roberts said the election of Barack Obama proved we did not discriminate. Then the Republican Supreme Court blew up the dams with the approval of the Citizens United case controlling the reservoirs of plutocratic money waiting to rent, lease, or buy members of Congress representing them in a “democracy.”

How many votes does $1.6 billion buy? Any thoughts? Millions?

In 2010 with a 5-4 vote, the Supreme Court not only overturned laws limiting funds for political campaigns, it installed red and white corpuscles in corporate veins that could give unlimited amounts of money from the CEO, shareholders and the “human” corporation itself.

This has proven to be a triple whammy and a death sentence for unions that workers need to get a small piece from a huge pie.

In the 2020 election Political Action Committees (PACs) by wealthy groups and individuals spent $3 billion on attack ads and expensive hotels and dinners for themselves. Who pays any attention to attack ads? Just thank Zeus, Hiawatha, Buddha or George Soros for the invention of the TV remote with a large “mute” button.

What person is lower than an opposing politician these days? A serial killer?

Currently 88% feel corporations and the rich have too much influence in elections. Barr Seid, who made billions in electronics, recently gave $1.6 billion to a Republican PAC called Marble Freedom Trust run by Leonard A. Leo of the Federalist Society. Leo engineered the selection of Supreme Court justices who overturned Roe V. Wade and several decisions regarding labor that destroyed the collective power of public and private unions. He has allocated $153 million to buy judgeships for Republicans.

Seid gave to Republicans because that party will be the one to give him more tax cuts, tax havens, keep a starvation minimum wage and cut his Social Security, Medicare, resist climate change policies and defund food stamps. He did not pay taxes on the $1.6 billion. He gave Leo’s group stock shares instead of cash.

An example based on the Citizens United decision

More than a half century ago we were bragging to the world about our “one man-one vote” policies. The Republican Supreme Court has taken that policy in the Citizens United decision, stuck it in the oven of White supremacy, turned it into ashes, and sent them swirling up the chimney to stink up the whole voting process.

Buying politicians of the opposing party is often done to stifle reform. It reminds me of the joke about the world’s oldest profession. Pimp Joe and his gal Kyrsten vociferously objected to the client’s question: “Would you do it for a dollar?” The prostitute yelled: “What do you think I am?!!” The client responded: “We know what you are. We’re just haggling over the price! Would you do it for a million?”

Democratic Senators Kyrsten Sinema of Arizona and Joe Manchin of West Virginia were recently bought by the Trumplican Party by accepting millions of cash in campaign contributions from Republican PACs so they would vote against two very big Democratic bills in the Senate about the price of drugs and the elimination of the filibuster.

Sinema’s price was met by corporations outside the state of Arizona. We know Joe loves coal because he owns a coal company, and his family comes first. (His daughter made a fortune as a drug company CEO by increasing the prices of some drugs tenfold.)

Most likely it ain’t the food or a good time. The Republican National Committee sent invitations to a select group of supporters to a fundraiser at a home in Hillsboro Beach, Fla., that would be led by former president Donald J. Trump for his 2024 run for the presidency.

Republican National Committee Chairwoman Ronna McDaniel and other senior members of the RNC are hosts. Gee, I wonder if the entre is black crow or bald eagle. I wonder if Hillsboro Beach has the same rate of Trump voters as Hillsboro, North Dakota?

What is a vote worth these days?

Since the 2010 ruling, the American rich have no limits on how much they can spend to buy a candidate who can influence an election because they can employ numerous nonprofits to escape disclosure.

The Koch brothers spent $889 million on the 2016 elections. The Kochs didn’t like Trump (who does?), but they figured Trump was a “once-in-a -generation” shot to change the tax code to slash taxes for the richest few.

Who would want the guy to be a neighbor? Vladimir Putin?

Talk about inflation prices for gas to run vehicles, how about the price of gas coming out of the orifices of politicians running for office?

Will someone figure out the percentage increase of the price of votes in the last 12 years?

I only have a math minor! Maybe 500%? Possibly 800%? Would we need elections if we spent political billions on social safety nets for the poor and middle class instead of media?

The price of a single vote keeps going up exponentially each election. A Texas Democratic representative said he spent $400,000 on his election in 2016. In 2022 he has spent more than $3 million and has two weeks to go.

His opinion about money in politics: “If you have money, you have power. You can advance up the political ladder.”

Is it possible to find the truth and lies from examining words and tapes?

With billions of Smart and Dumb phones, the Internet, social media, millions of websites, texting, radio, TV networks and other means of communication, including smoke signals and grunts, it’s extremely difficult to separate truth and lies – even with video tapes and films. We can electronically swap heads and bodies with other bodies and other heads.

With 37 years in education teaching and supervising kindergarten through doctorate-level students, I have been involved with political groups: school boards, local governments, state legislative committees and agencies – and even had a column or two quoted on the floor of the U.S. Senate. I have testified before legislative committees in Bismarck numerous times. I served for 28 years on Fargo Board of Education negotiation committees with truth and lie detectors turned on.

We are entering the last week of the most important election in years. It’s all about the old battle among capitalism, fascism, socialism, democracy – or combinations thereof. Hundreds of millions of dollars will be wasted on media outlets attempting to tell the truth about your party’s candidates and incumbents while telling lies about the other party’s candidates and incumbents. Newspapers will go to the bottom of the birdcage or to the puppy’s corner without being read. TV and radio remotes will die from pushing the mute button too much during political ad tsunamis.

Why watch, read or listen to an ad when you can’t tell the difference between truth and lies?
The price of votes is really going to “skyrocket” more than the price of gas, food and rent has increased by individual and corporate greed and price-gouging. That’s what happens when monopolies have destroyed competition. They not only sell the eggs, they raise all the chickens, and buy all the politicians who are supposed to regulate the space a chicken needs to have a good life.

If there is a Nobel prize for exhibiting the most common sense regarding phases of political advertising, I nominate Skip Zetzman of Eden Prairie, Minn., for the world-wide award. He has revealed a plan for executing his television in the Star Tribune: “It’s time to get all advertising money out of politics. What we are seeing now and in years past is childish, stupid, false, pandering, lying, idiotic, dumber-than-door-knobs – -and did I mention lying – television advertising. It’s cherry-picking, out-of-context, venal – and did I mention lying – crap that couldn’t be less applicable to our ability to select the right candidate. I’m sick of people not willing to spend the time to actually understand what candidates stand for and sick to death of candidates packaging themselves as they do. If I see one more “green” ad with photos of an opposing candidate with crazy-looking eyes, I will execute my television. And I love my television. Please, please. Please. Let us end this stupidity and find a way to actually analyze candidates for what they realistically stand for and what they propose to do. We’re better than this. Aren’t we?”