Analyzing the Wild and football news 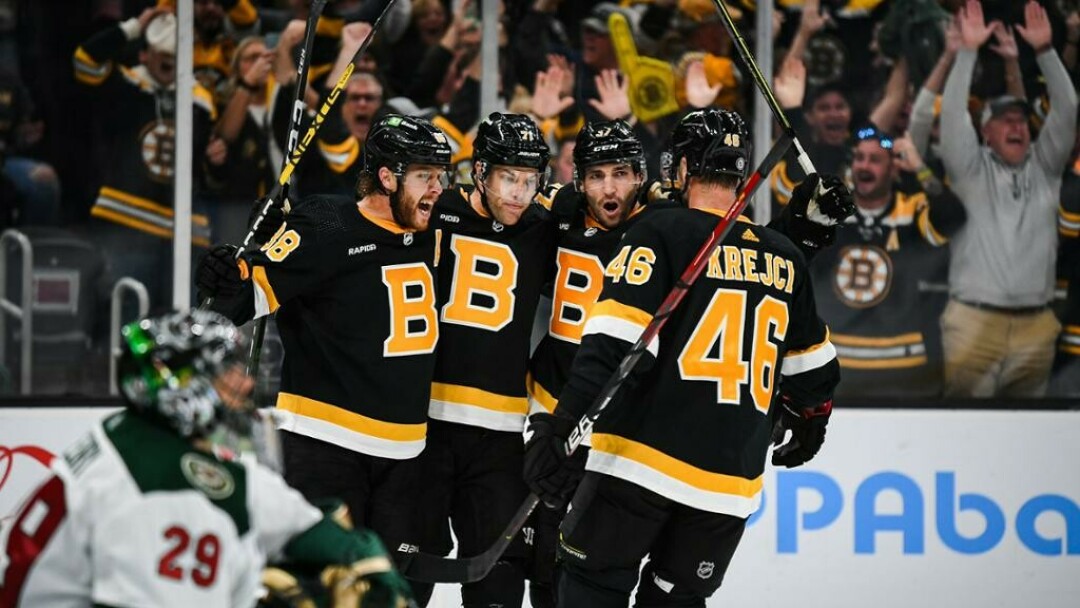 ISLAND LAKE – The Minnesota Vikings are on their bye week and lo and behold, it wouldn’t be a bye week without someone getting arrested, would it?
Offensive lineman Oli Udoh was arrested in Miami after an incident at a nightclub where he was alleged to have followed a woman patron into a restroom and then resisted arrest. Thus far, he has been charged with disorderly conduct.
That’s all that is known of the matter at this time, with the team releasing the timeworn statement that “they are looking into it.”
Okee doke.
The Vike’s good neighbors to the East, the Green Bay Packers, lost their third consecutive tilt this afternoon, falling to the Washington Commanders in a 23-21 stunner in DC. Not being a fan of the Pack, it was a simple shoulder shrugger for me. But despite my personal feelings about them, that doesn’t mean I can’t recognize the high level of organization they have been. That would be disingenuous in my book. Neither am I a fan of the QB with the missing personality, Aaron Rodgers, but that won’t stop me from acknowledging that he has been one of the best in the league during his tenure. It’s that simple.

But for all of his excellence on the field, I feel the club should have won another title or two with him at the helm, but they haven’t. You can connect that to the challenges of being in a team sport. It takes more than one guy to get you there usually.
So what ails the Pack this season? You may understand this, maybe not, but I believe that what ails the team is Rodgers himself.
Let’s face it, he hasn’t exactly endeared himself to the fanbase or his teammates during the past three years. He has questioned the team coaching, went public stating he didn’t know if he was re-signing with the club, and after losing the opener to the Purple, was a bit critical of some of the newer and younger teammates he had to work with.

What is my bottom line with “Jolly” Rodgers and what we are witnessing this year?
I think some in the organization and on the team have grown weary of him and his “stuff.” Simple as that.
The Gopher football team has its own set of problems after getting waxed out in the “Happy Valley” by a score of 45-17.
This leaves the Gophers at 4-3 on the season after dropping their third straight tilt. All of the buzz about winning the Big Ten West has subsided and questions abound about the team after last night’s spanking at the hands of the Penn State Nittany Lions.
For one Twin Cities scribe, the Gopher woes are as easy as the absence of a number one wideout receiver. The team lost theirs when Chris Autman-Bell went out for the season due to injury.
I understand that, but there are other competent receivers on this roster, and first, QB Tanner Morgan hasn’t been very good at getting the ball to them.
And, secondly, with him out last night due to concussion-related symptoms, the “Greek Gopher” Athan Kaliakmanis got his first start and didn’t fare too well either. He went 9 for 22 on completions for 175 yards with one TD and one INT.
At this point, my earlier season speculation about playing two or three substantially weak teams before embarking on your “real” season has some validity. I feel that it hurts the development of the team overall. You aren’t going to get better by working hard in practice all week and then going out and paint-brushing a team that has no business being on the same field as you.

And while I’m at it, what was the wisdom behind bringing back Morgan for a 6th year as a grad student? I would have rather spent that time working with a kid that will be the team’s future, not its past.
Morgan is as first-class a young man as you will find, but I have questions about that decision. The Gophs will have five games left to win at least two more and get a bowl game bid. Can they do it?
The Minnesota Wild is off to a less-than-sizzling start on the new campaign.
Just five games in they stand at 1-3-1 for three points of a possible 10. The team defense has been a challenge, Marc Andre’ Fleury in goal has been a challenge, and they still take too many penalties for a team with a porous penalty kill.
On the upside, the offense is doing well, and the power play has improved. They are currently 8th in the NHL for GF with 19 and have the league’s 2nd-best PP at 36.4%. But they are 30th in GA at 27 allowed, they are 20th on the PK at 75%, and have taken the 6th most penalties in the show at 64 PIMs.

For the calendar week that ended today, the team went 1-1-1. They lost to COL 6-3, beat VAN in OT 4-3, and then lost to BOS in Beantown in OT by a like final score.
There are only four one-win teams left in the league, and VAN still hasn’t won a game, going 0-4-2 so far. All other clubs have won at least twice.
That has the Canuck fans shouting for the head of Coach Bruce Boudreau, who just a few short months back was a fan darling after coming in and almost pushing the team to a playoff appearance after an abysmal start to their season. Sometimes the fans can be fickle, eh?
Fleury has had a tough start, with a 5.25GAA and a .847Sv%. Those stats have many a fan scratching their heads.
Some fans and analysts believe he just didn’t see enough shots in the pre-season, which may be true, but I see a combination of factors leading to his current status, most of which I relate to team defensive play and structure. The team, as a whole, just is not playing ‘D’ with much conviction in my view. There exists no stat for that, but that’s my belief.

Plus, if you are going to be poor on the PK, you might wish to cease taking so many needless penalties.
Early in the offseason I had many concerns about the team entering its three years of salary cap penalties. Then as camp began and preseason play commenced, I got a bit optimistic. The team still had the “five-man” core that many place a lot of importance upon.
And now I’m back to having some deep-rooted concerns about the team’s direction. Fleury has said that “we need to clean up our starts.”
Yup, and the entire rest of the team’s game too. I will say the WILD earned a point versus the B’s on Saturday because of Fleury, it was his best game of the year so far.
For the week upcoming the team will be @ MON, @ OTT, @ DET, and @ CHI. Good luck boys! PEACE
Condolences to the family of longtime friend Robert Belisle who passed away on the 12th. A true friend with an ever-present smile, we spent a lot of time together as young men. You will be missed Robert, RIP.