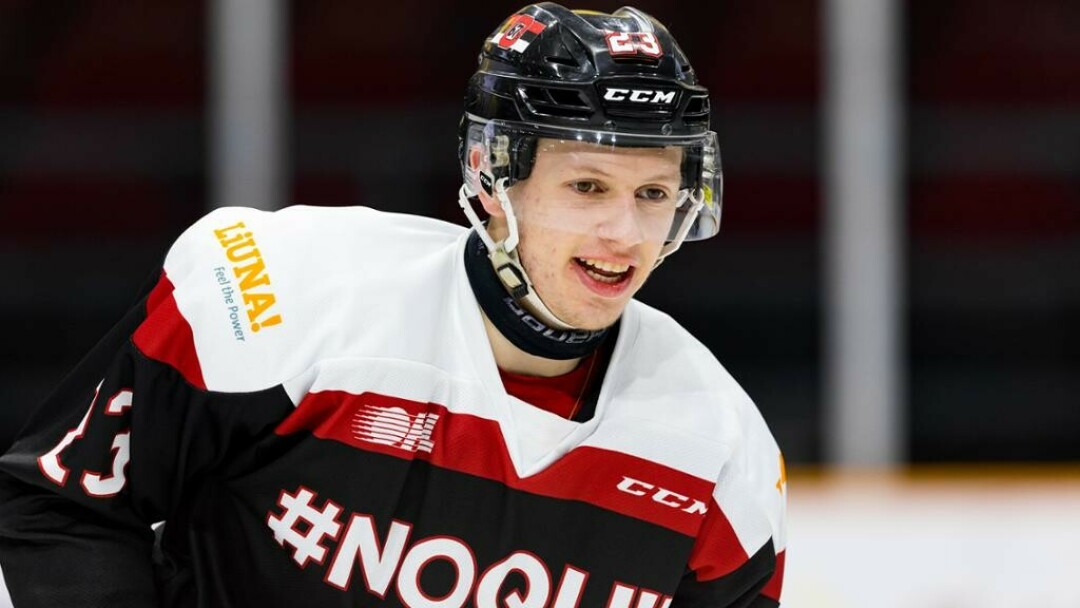 Marco Rossi makes the WILD roster for the 2022-23 season.

LINCOLN PARK – With Hockey Canada caught in a cyclone of mud and self-destruction at the moment, sponsors are terminating or suspending support, and it is hard to say if they are any closer to concluding the investigation of at least one of the incidents that brought about their current quagmire.
The summer of indifference and darkness began earlier this year and has continued through the early autumn. It seems as if every week some new and damning information comes out about the organization and its handling of multiple behavioral issues among its membership, particularly at the Junior hockey age level.

The group was thrust under the national spotlight when news broke in late spring about a young woman who alleged she was assaulted at a Hockey Canada function in 2018. She came forward when she believed her story and case weren’t being taken seriously and went after the organization in a civil suit. She alleged that eight members of the 2018 IIHF World Junior Champion team had gotten her extremely intoxicated and took sexual advantage of her in a hotel room. She did go to law enforcement about the matter, and in turn, they got HC involved. The case was eventually dismissed with no charges being filed.

The accuser and her legal representatives believed the investigations were incomplete and lacking in their overall focus to get to the bottom of what really occurred that night. The level of questioning the accused were placed under was thought to be “thin” considering the gravity of the possible charges.

After a settlement was reached between the two parties, more information about the case began to emerge in the media, and calls for a new investigation were demanded.
People across Canada and the hockey world, in general, were outraged at the way the entire matter had been handled and were in pursuit of some answers and names. Those accused are now beyond the junior hockey age level, and with all of them employed in professional hockey at one level or another, this situation now has the attention of all kinds of people and leagues.

The matter was already a hyper-sensitive issue, and then HC applied more fuel to the fire by resisting calls for the entire executive group to resign or be removed. No less than Canadian Prime Minister Justin Trudeau has called for the group to be dissolved in total.

I concur that the entire executive group needs to be removed. (Interim HC Board Chair Andrea Skinner handed in her resignation last week) The incident that brought the group’s malfeasance to the public domain is apparently one of a few that HC sought to keep out of the media spotlight.

It is also alleged the group had established a separate “fund” specifically for the purpose of “handling” matters like this one. This brings to question just how many of these “incidents” the group has had to resolve. It also makes it abundantly clear that the entire executive board should be removed from any further duties within the organization.

Since HC has seemingly dug its heels in as a display of defiance, and change hasn’t occurred at the exec level, sponsors are beginning to react in their own way. They are ending or suspending their financial support of the group.

In the past few days, Canadian corporate behemoth Tim Hortons has ended its financial support for the organization, and sports apparel giant Nike has suspended theirs.

I have no word at this time as to when the current investigation(s) will conclude and their findings made public. Will any of the alleged perpetrators be retroactively indicted as a result of this? Would the settlement between the victim and HC prevent that? I’m not certain, but at the minimum, this group needs a major house cleaning. What I am certain of is that money talks and inaction walks. How many more sponsors depart before these matters get the attention they should?

THE NHL SEASON gets underway this week and a quick look at the upcoming year is in order. The “actual” opener took place in Prague last week with the Nashville Predators prevailing in a two-game Global Series set against the San Jose Sharks (4-1 & 3-2).

The North American opener will take place Tuesday with an East & West Coast doubleheader. We will be treated to a TBL vs. NYR tilt followed by the VGK vs. the LAK. The WILD will open shop on Thursday eve in St. Paul with a visit from the NY Rangers.

For whatever it’s worth, the club put up a 6-1 preseason record and more importantly, avoided any serious injuries. As rumored for most of the offseason, Marco Rossi and Calen Addison have made the big club roster. And they didn’t just squeak by to get their roster spot, they were both impressive. Rossi led the league in preseason scoring, with 9 points in six tilts, and Addison had four points in five games, and also played on the number one power-play unit.

With many fans hoping for some major special teams improvements, the team looked much better in that part of the game too.

The penalty kill finished up with a 93.8% rate, with three shorthanded tallies, and the power play units were 7 of 31 on PP chances. (22.5%) That is better than last season’s 76.1%PK & 20.5%PP. I felt that the team was taking a more aggressive tact in killing penalties in the preseason, and the PP seemed to be experimenting with a few different “new” looks.

One of them involved running the PP from below the goal line. The club had some success with that, but many times reverted to running the PP from the sideboards or from up top. Old habits die hard I guess, but I felt that the play from down low had more possibilities attached to it than the previous season’s system did. I liked the look of it.

The team had 27 GF and 12 GA in the seven tilts. The anticipated number one in goal, Marc Andre’ Fleury appeared in 3 games stopping 46 of 47 shots, with one shutout. Rookie Jesper Wallstedt got some game time in as well before being reassigned to the Iowa WILD, and I have a feeling this kid is going to become a very exciting netminder.

The number two netminder, Filip Gustavsson got in some ample playing time too. I can’t yet decide how I feel about his game. He has appeared in only 27 regular season games at the National level, He looked good, but the team wasn’t playing the opposition’s best rosters yet either. But he will have a team with a strong defensive game in front of him. I hope Coach Dean Evason and his staff manage him properly. He will be valuable down the road.

Overall, the team looked strong and the players meshed very well. I was concerned in the offseason that the team would take a step back. But after observing the preseason up close I have new confidence that they will perform well and might even surprise. In about 90 hours from right now, we will see if the team is ready for the journey. I can’t wait. PEACE