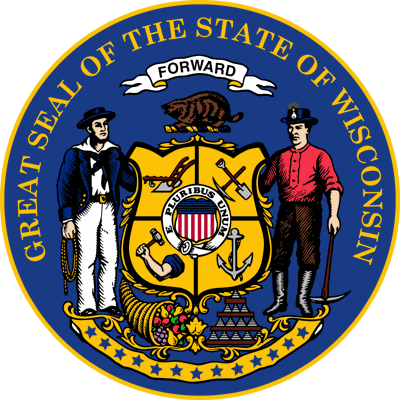 This article discusses two Wisconsin statewide races that get little attention in the press – Secretary of State and State Treasurer.

How much do you know about these candidates? Do you have enough information to make an informed choice?

Because you don’t have any information, will you simply not vote for either candidate?
In Wisconsin, Republicans have spent years weakening and under-funding these two independently elected offices. This has included eliminating duties and advocating to abolish both the Treasurer and Secretary of State.

So suddenly the Secretary of State offices have become very important and Republicans are running “election deniers” and Trump true believers for these positions in many states.
In Wisconsin the Secretary of State does not have any role in overseeing state elections. But the Republican-controlled legislature plans to change this if a Republican is elected to the office. So this year the office has gone from obscurity to a battleground about maintaining honest elections in Wisconsin.

Republican Rep. Amy Loudenbeck is running for Secretary of State because she has “serious doubts” about “election integrity.” She says “the way the current Wisconsin Elections Commission (WEC) administered [the 2020] election has raised serious questions and doubts about how it was managed” (quote from her website).

Voters should remember several facts regarding these statements.

One there was no significant election fraud or “serious questions” about the 2020 elections. Biden won fair and square. A Brennan Center for Justice report documents this and says, “Politicians at all levels of government have repeatedly, and falsely, claimed the 2016, 2018, and 2020 elections were marred by large numbers of people voting illegally. However, extensive research reveals that fraud is very rare...” (The Truth About Voter Fraud” brennancenter.org/our-work/research-reports/truth-about-voter-fraud).

Numerous investigations and court cases have found the same results.

A second fact is that most people have no “doubts” about the 2020 election. Most people have accepted the fact that Biden was elected. It is only the far right who refuse to accept reality.

The ongoing lies about “election integrity” are the result of one egotistical, sore loser who refused to accept defeat and his sycophants endlessly repeating the false mantra.

The third fact is that Wisconsin Republicans, including Rep. Loudenbeck, created the partisan WEC in 2015 because they were unhappy with the highly respected, nonpartisan Government Accountability Board (I would urge you to read Wikipedia’s short history of the GAB and the creation the WEC). So complaining about the WEC is the ultimate in hypocrisy.

In contrast Douglas La Follette, the incumbent Secretary of State, thinks giving the office power over elections is a “bad idea.” He is concerned that this will politicize our elections. Along with many people, he is concerned real election integrity is in danger.

On his campaign website he says, “Almost 50 years ago we established an independent election board to supervise our election process. We were national leaders in this regard and this independence from partisan politics in our elections has served us well.”

It should be obvious that elected, partisan officials have an inherent conflict of interest when overseeing elections. Nonpartisan election oversight like Wisconsin used to have with the Government Accountability Board is the best way to maintain honest and fair elections.

The Office of the Treasurer was established in the Wisconsin Constitution. The original purpose was to be the state’s chief financial officer. The Treasurer signed the checks and was supposed to be a fiscal watchdog over state expenditures.

Other responsibilities included oversight of state investments, several trust funds and financial management of public lands. But since 1990, the office has had most duties transferred to other departments (especially the Department of Administration controlled by the Governor). Today the office consists of the Treasurer and one staff person!

In 2015-16, the Republican-controll-ed legislature passed a constitutional amendment to abolish the office. The amendment went to the voters on the April 2018 general election. It lost, with 62% of voters choosing to retain the office. Voters apparently want an independent Treasurer with restored financial oversight responsibilities.

Every organization has a treasurer to handle the finances. Why would the State of Wisconsin be any different?

One would think a strong, independent treasurer would be essential to good government, responsible management of public finances and as a necessary check on the other branches of government. But for some irrational reason, Republicans have reduced it to insignificance.

John Leiber is the Republican running for Treasurer. On paper he appears qualified. He has a BS in History and experience working and volunteering in government, including being a legislative staffer. In 2021 he completed a law degree and is currently working as a lawyer.

He says he “I will serve reliably and responsibly. I am committed to sound financial management of assets overseen by the Office of the Treasurer.“ He also says he is a “fiscal conservative” and will not try to “grow government” by advocating for expanding the duties of the Treasurer.

Aaron Richardson is the Democratic candidate. He is well qualified to be Treasurer. He has a Masters degree in Business Administration and works in tech support for the Oregon public School District. He is also Mayor of Fitchburg, Wis., and oversees a $25 million city operating budget and $100 million capital budget.

In contrast to his opponent, Richardson has a vision for using the Treasurer’s office to do good things for the people of Wisconsin. Specifically he would like to expand financial literacy in schools and help promote home ownership in the state. He also would support expanding the Treasurer’s formal financial oversight duties.

So voters have a choice for Treasurer between two policy philosophies. We can elect a creative person interested in expanding the office to better serving the public.

Or we can elect an advocate for “smaller government” who promises no new programs and will only do the current duties of the job.

Which poses an interesting question – which vision is the most fiscally responsible use of tax dollars for the Treasurer’s office?

Please don’t ignore these down-ballot races when you vote on Nov. 8.