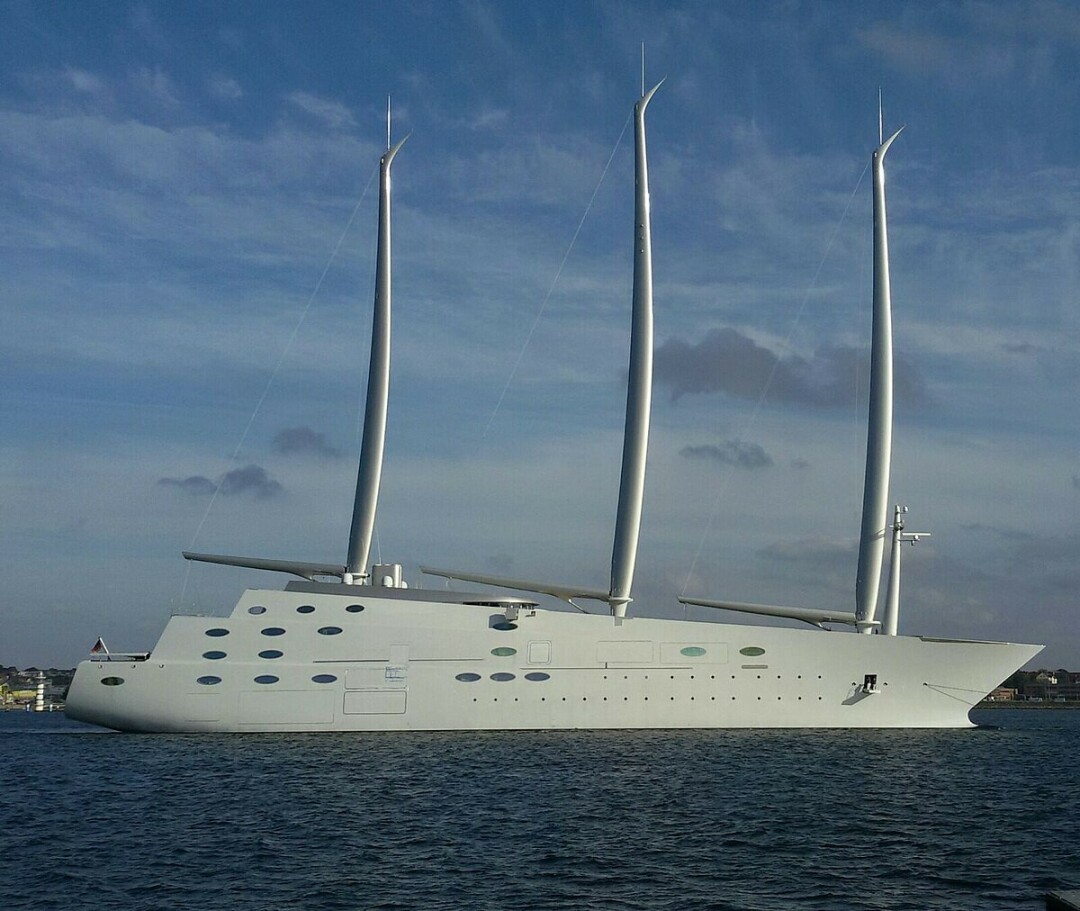 In 2019 we had 1.4 Million K-12 students listed as homeless:
It’s worse now!
In the first week of October, billionaires from around the world, and particularly from the Divided States of America, travel by any means necessary to the richest country in the world to buy a yacht or trade in old ones for longer ones at the Monaco Yacht Show.
One of Vladimir Putin’s Russian friends is trying to buy the world’s largest by trading in three smaller ones he owns.
The show displays $3.5 billion worth of yachts because there are about 30 serious buyers from America and Asia. Yacht salesmen are finicky. They pitch sales to people who have $100,000 watches on their wrists, wear $600 pants, and drive Bentleys and Lamborghinis to the docks.
An Arceau Pocket Aaaaargh pocket watch recently sold for $315,000. I bet the rich owner will display it on his chest, not keep it in a pocket. He has to be a game player.
The biggest superyacht for sale this year is the Alpo (Chinese for “Grand Lady”), a 345-footer with a crew of 36 that will charter for $2.5 million a week. Additional expenses include fuel, food, docking and mooring fees that can run into the tens of thousands per day. It has eight bedrooms, gym, swimming pool, spa, sauna, beauty room, piano bar, dance floor and hammam (Turkish steam room).

A billionaire has booked it for six weeks this summer.
The Dilbar superyacht, built by the same German company that built the Alpo, is the largest yacht by volume ever built. It will cost you $600 million. Jeff Bezos just had a 417-footer built by the same shipyard for $500 million. He has ordered another 246 ft. yacht so his new wife has a place to park her helicopter while they are at sea.

Pauline has worked the Monaco yacht sales before, leading prospective buyers to yachts on the sales list. Her reaction: “I work a lot of events, but this is the only one that drives me crazy. It is just so wrong. It’s wrong to be spending all this money on these things, and it’s just terrible for the planet: think how much pollution they make. These are really big buildings on the water. Sometimes I just want to do something to stop it all.”

Research by psychiatrists and other mental health professional indicate that very few billionaires think of such things.
While the United Nations declares the world is facing a global food crisis
The billionaires stroll from superyacht to superyacht in their $2,000 sneakers with their trophies on their arms carrying $30,000 Hermes handbags.
By the way, sales for $10,000 Birkin handbags increased 30% from 2021. Luxury brands Hennessy, Christian Dior and Louis Vuitton have increased sales by 21% in the last year.
Because of costly international wars, the COVID pandemic, economic inequality and insecurity, millions of more families with children face hunger and millions live in a famine. While in Monaco, the multi-millionaires and the billionaires can book a 24-day Wall Street Journal-National Geographic luxurious global tour “like no other” on a private jet to 10 iconic destinations in Asia, Europe and North America. The price is “from” $99,995.

The Congressional Budget Office has estimated family wealth in the U.S. has increased from $38 trillion to $115 trillion during the 30 years following the tax cuts and deregulation of the Reagan administration.
Economic inequality has increased because of a huge shift of wealth to the Top 10 Percent. It has increased from 63% in 1989 to 72% in 2019. During the same period the Top One Percent share of wealth increased from 27% to 34%.
Families in the bottom half of the economy held only Two Percent of the total wealth. Those families in the bottom quarter actually owed more than $11,000.
The Divided States of America have the largest economic inequality gap among developed countries. The gap is the main reason we rank 16th on the World Happiness list, mainly behind Scandinavian and European countries. We rank last among the 11 high-income countries in health-care systems because we have the best and the worst care according to income.

We rank a chilling 129th on the Global Peace Index. In consolation, we rank first on the National Cyber Power Index but are being challenged by China and Russia.
School lunch director: ‘I’ve shed more tears this year than I have in 24 years’
During the virus pandemic the federal government paid school districts to provide free school lunches for K-12 students, but this service was not approved by Senate Trumplicans for the start of the 2022 school year. It would have cost $11 billion.
Elon Musk alone made that in about four days of work this year. So, it’s back to figuring out who is eligible for free and reduced lunches.
In 2022, a family of four earning $36,075 ($17.34 an hour) or less is eligible for free meals. A family of four earning $51,338 ($24.68 an hour) or less is eligible for reduced-price meals.
Pennsylvania high school senior Marshall Troese pays $2.55 for his school lunch because his family is about $100 above the limit for reduced lunches. He often goes hungry for the day because his family’s budget is really stretched by an expensive car repair.
Marshall says: “There’s a point where you get used to being hungry. I will be honest. Sometimes it does get a bit distracting in class.”
He tries to ignore his hunger at school. The White House’s strategy for expanding access to free meals is to provide nine million more children free meals in the next 10 years!
Ridiculous! We have 50 million K-12 students! The average school lunch price in the U.S. is $2.57.
Former head of the Department of Labor Robert Reich charges our ultra-wealthy with rigging our “free market” by renting, leasing and buying members of Congress and the Supreme Court to do their bidding. In 2010, our political candidates spent $31 million running for office.
By 2020 the rich had spent $1.2 billion on elections because they had purchased the Supreme Court and Congress with the Citizen’s United court case in 2013 – with the world’s highest campaign bribes. The Trumplicans adopted Reagan trickle-down as economic policy and the 90% got pissed-on instead.
Ultra-wealthy have four games to play: Superyachts, art, mansions, documents
These are interesting and exciting personal parlor games you can play if you have lots of excess capital. It can be the ultimate MONOPOLY game –for a while. The Egyptians started the MANSIONS game. Who won the game with the tallest, most complicated burial chamber, the most years it took to build and the many thousands of workers it took to haul the rock?

Has anyone beat the Chinese guy who built his own cemetery and grave absorbing 22 square miles of prime land? Other inquiring billionaires want to know.
I think the guy who paid $195 million for an Andy Warhol painting this spring holds the ART championship for the year – but that certainly won’t last for more than a few hours or weeks.
I think Louis XIV won the MANSIONS contest back in the 17th century with his personal home in Versailles, which roof covers 3.147 acres and has formal gardens, fountains, entrances and other interesting things scattered over an estate of 1,977 acres. Were the 2,300 rooms ever filled? Maybe with tourists?

When we compare Versailles with the American champion 254-room Biltmore mansion owned by the Vanderbilts, I think of the two-holer 60 feet from the back door of our kerosene-lit farmhouse. Isn’t it a big kick being part of the human race?
Hedge fund billionaire Kenneth Grif-fen just bought an original copy of the U.S. Constitution for a cool $43.2 million, so he is the temporary winner of the DOCUMENT game.
Microsoft’s Bill Gates is currently in second place because the billionaire bought the Codex Leicester which contains some of the work of Leonardo DaVinci for $30.8 million. It is currently estimated to be worth about $55 million.
In third place is a billionaire who bought a 13th century copy of England’s Magna Carta for $21.32 million.
If the ultra-wealthy have a bad neighbor, they take their mansion to sea
The biggest game played by the “never-enough” crowd today is the length of their superyachts. The six longest yachts range from 508 to 590 feet and are owned by Arabs with barrels of our oil money. They know they have the longest so they must enjoy Americans and Europeans fighting over who owns the seventh largest in the world. The yacht represents the last vestige of what real wealth can do.

If you live in a 100,000 sq. ft. mansion equipped with spa, entertainment deck, swimming pool or pools, sauna, gym, basketball court, disco, theater and other special rooms next to a filthy, rotten rich neighbor with a similar mansion, you can possibly beat him at the game by sailing a longer superyacht away from his shores on a water mansion equipped with submarines, helicopters, smaller boats, jetskis, IMAX theaters, several bars, luxury automobiles and many other water toys.

And the many walls at sea in the bedroom and living room suites can display the most valuable art available for investment.
The present leader of Saudi Arabia, the infamous Mohammad bin Salman who chops up reporters, currently holds the world’s record for paintings. He paid $450 million for Leonardo DaVinci’s “Salvator Mundi.” He hung it on his superyacht among other expensive art. MBS, as he is now known throughout the world, is leading an Arab force against rebels in neighboring Yemen. In that process he has created a “humanitarian disaster,” according to the United Nations, starving them out of existence.

There is a new game in town. Who has the biggest rocket and where is it going next? There are only two players now. Jeff Bezos has evidently won the superyacht race for the year. His two yachts together use up 663 ft. of space. His rocket company is taking passengers to the edge of space for rides costing in the millions.

Elon Musk, the richest man in the world even after Twitter, has combined with NASA on contracts putting equipment and astronauts on the International Space Station and wants to be the first man on Mars. Musk charged $55 million for a ride to the space station. Stay tuned for the new rocket men.
The 20th Century English philosopher Isiah Berlin often wrote about what it takes to have a decent society: “We must maintain a precarious equilibrium that will prevent the occurrence of desperate situations of intolerable choices – that is the first requirement for a decent society.” Currently we have two intolerable forces: the shallow mansion, art, documents, and superyacht games of the superrich and the hunger of our children. Neither should exist in a decent society.

Scotland and New Zealand offer tampons and other period products to persons who can’t afford them. It’s intolerable that we don’t.