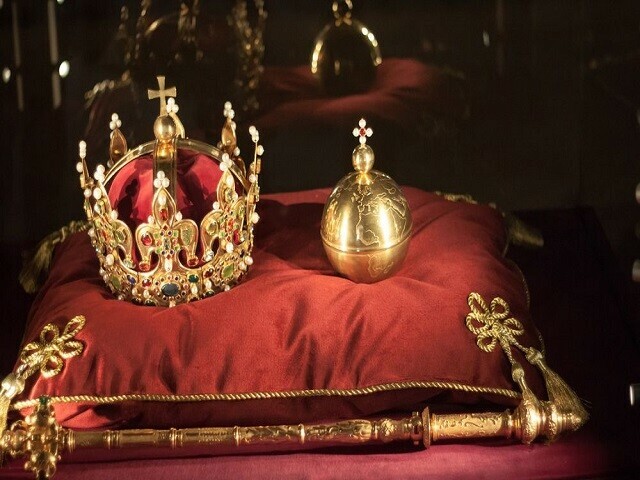 First. Not an Anglophile or a monarchy lover. The tradition of English constitutional monarchy having been around a while, I’m OK with it as a tradition mirrored globally in nations and tribes.

If you hold some better, more worthy, than others, fine, but to me the traditions of Pacific Island royalty or European have similar defining functions.

As said, I’m OK with that. Saying so I hope I’m not (or maybe I do) fanning judgements of racist, imperial, colonialism.

Living in a former English colony bordered by another to the north and previous Spanish colony to the south I think it important to steer clear of who had it better or worse and who did what to whom when. I hope I’d make a poor rabble rouser. Knowing Brits who were avidly for or opposed to monarchy, I sat neutral. Nothing I could add. Not my battle.

Do I think national traditions are important? Yes. And, I’m not alone. Soon as they were in a position to do so the old Austro-Hungarian and Soviet Socialist empires were quick to stramp out national identity. Language, heroes, weights and measures and icons, etc. had to conform to the new hail-to-the.

At least 300 years of political action felt national tradition important enough to make efforts to destroy it. Not having centuries of national tradition behind us, maybe it’s a long stretch for immigrated Americans to feel a national identity as might be the case for people with tribal legend to the beginning of their oral history. You might say my patriotic fervor is middlin’. Those with family lost in service to the country have good cause to feel more than I’m able to. It’s there, but the feeling doesn’t run as deep in me.

Queen Elizabeth’s death presents an opportunity to review. For one, it’s interesting we rally more to our July 4 independence than thoughts of British defeat. That says something to me.
Also seems to me colonial independence gave us a shove away from pomp and circumstance. Americans didn’t adopt hail the monarch ceremony. Not right away. It took a while before hail to and official ceremony got tucked in and is now indispensable as handing out signing pens to favored nobles or stating the Union before ranks of the serried.

No gilded royal coach carries our leaders. They travel in protected motorcades or fleets of designated aircraft as befits their humble status. Harumph. Our democratic leader left humble behind long ago. In part I understand, but nevertheless, what crowned potentate could summon winged carriages as our elected do? We are a ways beyond where we began regarding governmental privilege.

Being early colonial escapees maybe we’re too far removed from attitudes about our former imperial masters, rascals who’d tax our all-the-way-from-India tea. How dare they? Not having scope here to examine our rebellion from the crown, I’ll only suggest that being early we carved some ground for independence movements to come. The crown, as turns out, wasn’t always glad of these departures. Was it (none of which Elizabeth II created) greed and supremacism or could there have been valid cause to delay some independence movements? Were there adequate banks and enough medical personnel? Was the local military ready? Were protective treaties in place? And so on, issues seldom considered in the media sphere of “victim” grievance. Coming from a place often victimized I say “poor you” complaining of but one prior domination. Damn lucky compared to Central Europe (and many other parts of the globe) where invasion, subjugation, rape and pillage were cyclic through recorded history. Plus, not that there is a skew or bias, it is wonderfully easy pickings to be a selective historical victim.

What? What social heresy am I promoting? None I hope, but selecting western nations as devils of the past does exclude other major players. How long since China took Tibet? What occurred in early 1900 Formosa when Japan began a program of civilization? The Ottoman Empire was an active colonizer (including of some European nations) before WW I. Tallying numbers we find the biggest slave importers (slave sellers typically Arab and African and had been for centuries) into the new world were Spain and Portugal, coming in way-way ahead of England, France, The Netherlands, and the US. It was the lesser participants, led by England and the US, in human bondage who acted earliest to halt the practice. (France was earliest but changed its mind and re-slaved – it’s complicated.)

How complicated is it? Very. Take James Madison of Constitutional repute. He wished to end slavery BUT kept his own slaves. Why? Excellent question, but we cannot know what Madison felt. We can be sure relations and attitudes among all the parties was complex. Remember at the time people accepted place or station in life, a consideration making our understanding all the more difficult. Records tell in Roman and Greek times of slaves and masters having a spectrum of association. Records show freed peasants became essentially destitute. Records show Tolstoy wrestled with issue concerning his serfs. Complicated.

Here’s a knotty twist. Is it trafficking when people go overseas and pay for a child? They buy and take control of another human. What exactly is the line? Romans bought Greek tutors. Romans valued Greek tutors. Does the number of people involved or task they perform matter? Some MN natives bought captives for adoption, so does a distinction exist between whip-crack slavery and other forms of human indentureship or ownership? Not easy. I don’t have much in common with Madison, but I can recognize some reasons other than greed and cruelty that might have stayed his hand. What to do? The dead queen stepped into a role where colonial empires (the US a very minor player in that) were ending. Did she handle that well, poorly, or as best she was able under the circumstances as understood then? I like to think that if we allow ourselves we’ll see human handling of human challenges is clear cut only for the perfect. Imperfect was Kleopatra who may have said “Rotted souls speak fouled words.”