A potpourri of musical performances 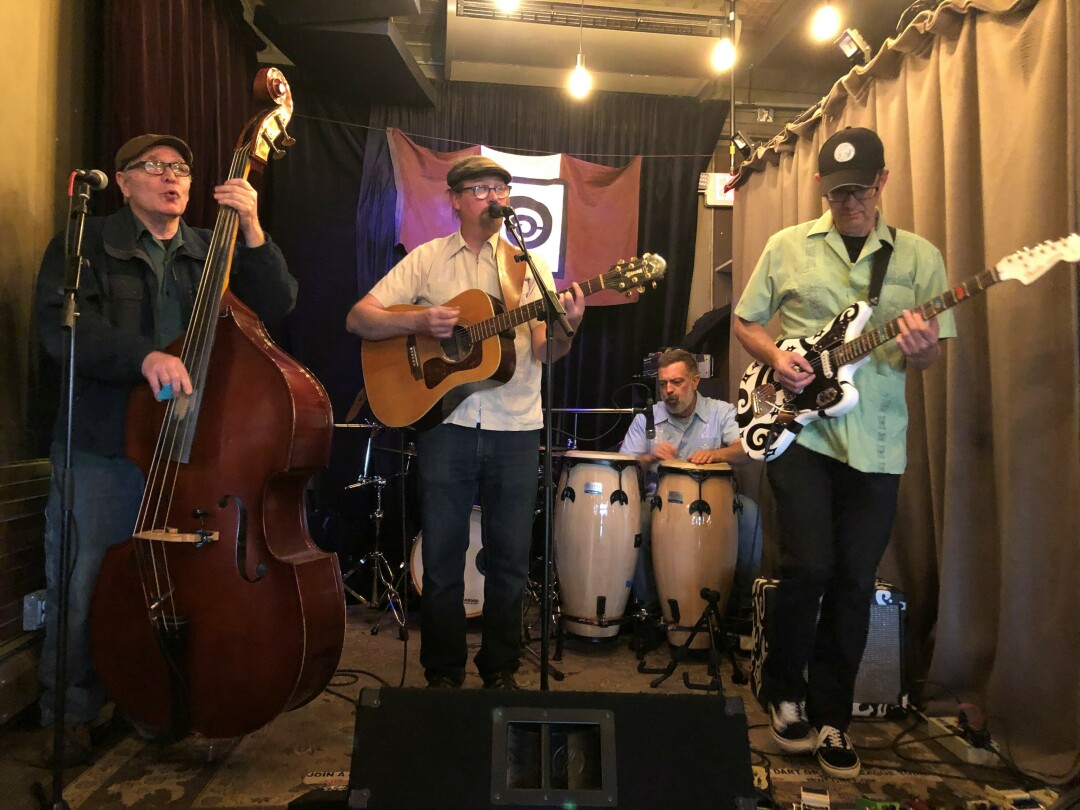 Woodbine ended its Wednesday residency at the Cedar Lounge in Superior with a great night of music on Sept. 27.

Last week I reported on my remedial Prince education at Paisley Park. After listening to a couple of his CDs, my entrancement with his music has diminished.

I did enjoy Prince’s 2004 album Musicology, because I could hear his musical references, primarily to James Brown, whom I really dig. Then I listened to Prince The Hits 2 where his sound is very techo-pop, heavy with an electronic beat thanks to his prized Linn LM-1 drum machine and synthesizers.

To be frank, these songs don’t turn me on. Yes, it’s danceable, but I also find it monotonous after a few songs. Plus, the explicit sexual references get to be a bit much when they bombard you song after song (and I am no prude!).

I can’t help but compare his lyrics to those of our other Minnesota icon, Dylan, whose lyrics are far and away more interesting. Obviously, Prince’s music is not of my time, so my lack of interest isn’t shared by younger generations.

Let me get back to live music happening around town, which is what I can really get into. CDs are good reminders of what great stuff we’ve heard, but like Youtube recordings, they just aren’t the same as listening to what a soloist or group presents live in the here and now. Thus, on Tuesday, Sept. 27, I headed to Sacred Heart to hear what was billed as Scandinavia’s top dance band – Dalakopa.

The group is fairly amorphous, but on this evening it was comprised of three fiddlers, two accordionists, a pianist, a flutist, an acoustic guitarist and one bass guitarist. Arna Rennan MCed the concert, which was good thing since she was able to correctly pronounce all those Scandinavian names.

The duo Pony was the opening act with Clifton Nesseth playing piano and fiddle and Paul Sauey on acoustic guitar. A graduate of St. Olaf College in Northfield, Minn., Nesseth was steeped in the folk tunes of Scandinavia and Pony’s original compositions clearly evoked those influences.

They took us on a musical tour of the Nordic countries with several covers and included Canada by way of Stan Rogers’ “Northwest Passage,” which they performed with great feeling. Sauey played an original song that made reference to Montana with fine guitar work.

Pony’s performance proved my earlier observations that the acoustics at Sacred Heart are perfect for this type of music.

Dalakopa was good too, but perhaps their songs were a bit too specialized to garner a large audience. Nevertheless, folks were dancing to the livelier tunes as well as to the waltzes. One couple, in particular, was able to demonstrate the dance steps for these traditional numbers and taught some of us the proper way to do the Schottish.

A rather wonderful number by one of the accordionists conveyed the feeling of being out in the mountains of Norway, with a whistling wind and bird song. All of the tunes played had a soulful northern European sound, reminiscent of the Celtic band, The Chieftains.

Extending the detour around my usual go-to rock-and-roll music, I caught up with Woodblind, who ended their September residency at Cedar Lounge in Superior on Wednesday, Sept. 28.

That evening members Jason Wussow (guitar), Veikko Lepisto (stand-up bass), Jimi Cooper (electric guitar), Tyler Dubla (drums) and Byron “Lefty” Johnson (congas), provided a good dose of ska, the late 1950s music that originated in Jamaica and gave birth to the more familiar reggae. A catchy off-beat and upbeat rhythm is a hallmark of the sound. Some folks may dismiss ska as a white version of reggae, but its global reach and musical reverberations belie that categorization.

During the performance, Woodblind played most if not all of their original songs on the CD Bluebird Day, (which I highly recommend) plus others. The title track embodies the sunny quality of this music. By contrast “Cold” can give you the shivers, and “Old John” is unusually dark, featuring an especially heavy bass line. Sometimes silly, as in the “Song About Beer,” their tunes are always played with enthusiasm.

Then there was one of Jason’s whistling numbers, “You’re The One For Me,” which brought smiles all around.

Like the traditional Scandinavian songs, ska could be considered a niche genre with minimal draw, however, Woodblind appears to have a following as the Cedar filled up by 8:15 to hear its last set.
For those who want to hear this band, check them out at Wussow’s Concert Café in West Duluth at the 20th Anniversary of “1 Week Live” on Tuesday, Oct. 18, where they will perform with other local bands. If you can’t make that, you can catch them at the Ore House in Gilbert, Minn. on Thursday, Dec. 1.

It was on to the Albert Cummings concert at the West Theater the next evening, Thursday, Sept. 29, where he played to a nearly full house, together with bandmates Warren Grant on drums and Scot Sutherland on bass.

From the first note, his electric blues sounded like Buddy Guy’s to me. When I later found out he had played with him, I wasn’t surprised. By various accounts the sound during the first half was poor, with the electric guitar drowning out Cummings’ vocals.

I quite liked his original number, “I’m Too Old To Grow Up Now” (as I can definitely relate). Since I ducked out at intermission, I wasn’t there to hear the much-improved sound and appreciative audience response that several attendees later reported.

Tumbleweed Stew was the reason I scooted over to Carmody Irish Pub after Cummings’ first set. This is the new name for the group of buskers I first heard at the Duluth Farmers Market back in early August.
The three guys, Isaac Henson, Roman John and Jimbo Lockhart, were joined by fiddler Claire Alina (a fine addition). They were in top jug band form, exploring old-timey ragtime and blues numbers and ending this gig with a Leadbelly song. This is the last we will see them since they have now left for warmer climes, Ashland, North Carolina, and later back to New Orleans.

However, Isaac said they plan to be back in these parts next summer. The group is beginning to record, so they may have a CD on offer then, besides online access.

Here’s wishing them great success on their travels and musical adventures.