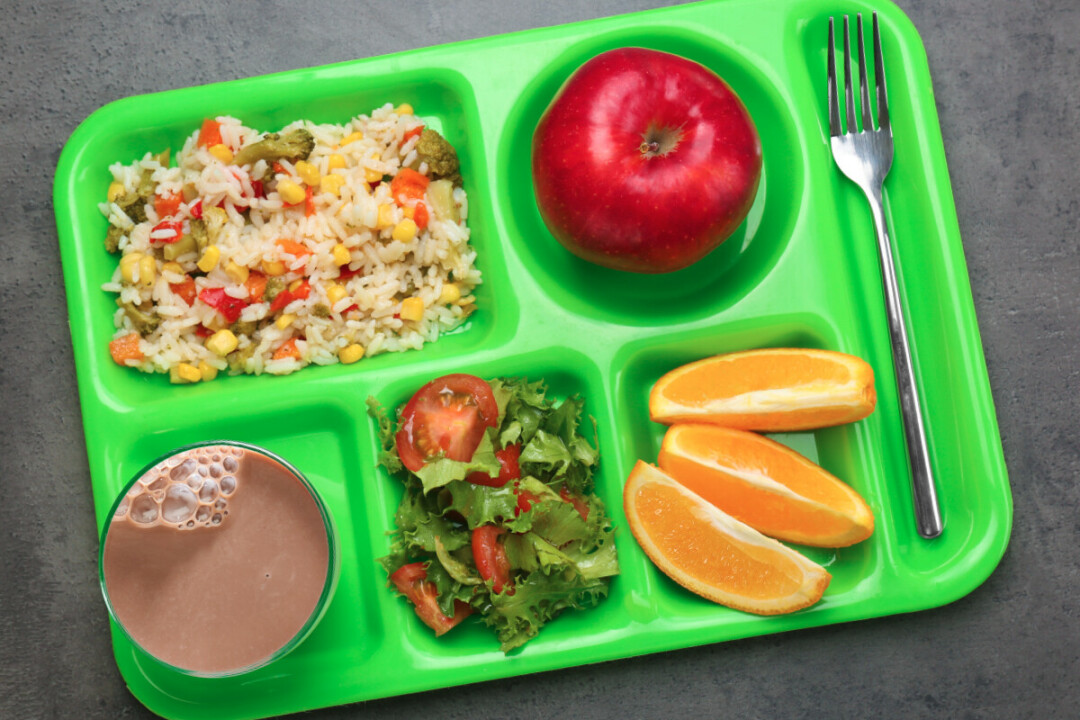 A rich caveman had extra skins while today a superrich man has two yachts
The Wall Street Journal, Rupert Murdoch’s daily recipe for the rich and infamous, publishes a section called “Mansions” every Friday. In the Sept. 16 edition, the section bragged shamelessly that a developer was asking $250 million for a penthouse on the 129th through 131st floors of a New York skyscraper 1,400 feet tall. It had 17,500 sq. ft. of livable space, seven bedrooms, ceiling heights up to 30 feet, a 1,400 sq. ft. terrace with views of Central Park and the Hudson River and a circular staircase that connects all three floors of the “apartment.” The building has been under construction since 2014. The developer would break the record for the most expensive real estate sold in New York.

In a separate story the Journal listed the current five most expensive mansions sold in the Divided States of America: (1) Ken Griffen paid $238 million for a 24,000 sq. ft. next to New York’s Central Park, (2) Brooklyn Nets owner Joseph Tsai paid $188 million for a 9,600 sq. ft. apartment in Central Park, (3) Venture capitalist Marc Andreessen set a California record when he paid $177 million for a10,000 sq. ft. mansion on Malibu with seven acres, two guest houses, a huge home theater and a spa, (4) Oracle owner and founder Larry Ellison who earlier bought an entire Hawaiian island for himself, holds the Florida record for paying $173 million for a 10-acre spot on Palm Beach which as a 62,200 sq. ft. mansion, a seven-bedroom guest house, two cottages and a manager’s house, (5) and last but not least, the often richest man in the world, Amazon wunderkind Jeff Bezos, holds the Los Angeles record for paying $165 million for a mansion on nine acres. Jeff owns a mansion in our capitol with 27 bathrooms and is currently trying to get his $500 million superyacht out of the builder’s harbor in The Netherlands. He has ordered a special yacht for his helicopter-flying new wife.

While reading this impressive list, I was in shock because of the Habitat for Humanity advertisement next to the article. It measured five by ten inches and had a young black child in the arms of her mother with the caption “EVERY ONE DESERVES A DECENT PLACE TO LIVE.” Learn more at habitat.org.”
I can’t believe some revolutionary in the layout department got away with it. After all, he works in a building with the big bull out front with the tail raised, spreading Trumplican and Murdoch right-wing bullshit across the land.

A political shock! Two states have decided to pay for all K-12 school lunches!
Having spent 63 years of my life going to school, teaching or supervising schools, I consider myself a veteran of school lunch programs. In District 54 in Morrison County, I carried a lard pail with sandwiches containing pork, beef, chicken, fish or rabbit and in season fruit such as apples, plums or berries from our orchard and garden.

In the winter most of the 25 students would bring potatoes to bake on the school stove. Nothing like a hot potato smothered in home-churned butter!
I was so busy in high school and college I don’t remember much about lunches. I’m alive yet so I guess I ate them.
In teaching at Fargo Central and as Horace Mann Elementary School principal and principal of South High and North High I ate and supervised more than 6,500 school lunches. I was supervising the lunchroom when Fargo Central started to burn down in April of 1966. Lots of meals were left on the tables. One learns a lot about students in the school cafeteria. But I digress.

I see California, our most populated state and the 8th largest economy in the world, has decided to pay for a universal meals program for its 6.2 million K-12 students.
Now that Californians have finally dumped Ronald Reagan’s trickle-down and pissed-on political philosophy and turned liberal, the state continues to be our trendsetter in many areas. Maine has quickly followed, although it is still a rather purple state.

As an example of “food insecurity,” San Diego County has 100,000 children, or a 14th of that population, who were going hungry each day. They are getting one free hot meal a day. Teachers claim it has made a tremendous difference in attitude. Students are happier, focused on classwork and eager to learn.

Why did it take us decades to learn from Europe that K-12 schools should provide lunch to all students, even the rich? It pays off socially, medically, physically and brainfully long term!
One in three California households struggle to pay for basic needs. One in 10 families skip meals and cut portions. California students have been fascinated by fresh fruit and salad bars this school year.

We still have idiots in important places who are like Supreme Court Justice Antonin Scalia who once said we should not use decisions made by European supreme courts as evidence in our courts because we were “exceptional!” It’s quite clear he suffered brain damage from being hit on the head by Catholic nuns while being schooled – and maybe the school lunches were not nutritious because they didn’t fry enough fish.

Most European countries have universal school lunch programs while...
My French brothers and sisters have the best school lunch programs in the world. If you visit France, you will hardly ever see an obese child or adult. They learn about a balanced diet in the school cafeteria. French children do not suffer from weight problems, diabetes, hypertension or heart disease. The French live four years longer than Americans. Why?

The answer lies in school cafeterias, an investment in health and cognitive skills any developed country can make.

Menus are set up two months in advance so parents can fit meals at home with school menus. A certified dietician prepares the menus so that a balance is achieved of carbohydrates, fresh fruits and vegetables, and protein. European research shows that free school lunches affect cognitive function, health, racial equity, attention spans, moods, academic achievement and overall behavior.

The cooks do not use ready-made or frozen products. Most food items are prepared daily. Empty plates are required.

The only drink available at lunch is filtered tap water. The student sitting in the red chair is the only one allowed to get extra bread or water. Walking to school is encouraged and busing is discouraged. Exercise is encouraged – and required.

Here are a few reasons why we are so ‘exceptionally’ screwed up
Our priorities are set by disaster capitalism, nor democratic moral capitalism. Here are examples of why we have so many obese and diabetic people who only live to 77.

1. The University of Texas is proud of its winning football team – and spends lots of “educational” money recruiting the nation’s best high school players. In having 23 recruits visit the Texas football program on two weekends in June, it spent $630,000 on five-star flights, hotels, food, drinks and entertainment on recruits and their parents to get them to sign on. Texas spent $27,400 per recruit for the four days. That’s much more than a mother on minimum wage makes in a year.

2. Young rookies who make the team of 53 in the National Football League are expected to buy expensive dinners for all veteran players on the team. It’s a form of “bonding” (or hazing!) and has been a practice for years. The record for most expensive dinner is $55,000 held by a Dallas Cowboy rookie. His veteran buddies ordered bottles of Screaming Eagle wine at $3,495 a bottle, bottles of Voss water totaling $1,014, and 19 shots of Remy Martin Louis XIII Cognac totaling $4,325. Texas continues to rhyme with excess.

3. The highest-paid CEO in the U.S. in 2022 is Oracle founder and leader Larry Ellison who is paid more than $62,500 an hour for an annual total of about $138 million. He also pays his Chief Executive Safra Catz the same amount.

About 40% of American households live paycheck to paycheck and can’t come up with $400 for an emergency expense. The median compensation for Standard & Poor’s 500 top CEOs is $14.7 million or $7,700 a working hour. And they can deduct a three-martini lunch as a business expense. Beginning teachers and firepersons make about $60,000 a year and work more hours. Teachers pay for their school lunches and firepersons make their own.

4. Why does a Los Angeles Clippers arena worker of the National Basketball Association making $45,000 a year pay a higher tax rate than billionaire owner Steve Ballmer, who made his fortune as CEO of Microsoft? How could billionaire Stephen Ross, owner of the Miami Dolphins of the NFL, go 10 years without paying a single dollar of federal tax? Congress should be asked these questions every day. Inquiring minds and hungry families with kids want to know.

5. I do our grocery shopping, so I remember prices. Why has butter more than doubled in price in less than a year? Last year I could buy a pound for $3. Last week it was $7.19 a pound in a favorite grocery store. Did the cows go on strike?

6. Why are luxury cars being sold at a record pace in 2022? Because the rich are getter richer off the pandemic – and $7.19 butter! BMWs, Mercedes-Benz and Teslas are being sold at a 17.8% rate of all new car sales, up from 14.1% in 2019. More than 6,700 Lamborghinis, Bentleys and Ferraris were sold in the first six months of 2022. That’s a 36% jump from the same period five years ago. Bentley car sales managers say: “Wealth is growing and so the luxury market is growing.”

So are the number of hungry American kids whose parents cannot afford to own or operate old Chevys and Dodges. Cadillac is planning to dominate the luxury market with a $300,000 luxury sedan.

7. If you want to experience the feeling that there never will be enough, visit the George Vanderbilt family home called the Biltmore in the Blue Ridge Mountains near Ashville, North Carolina. Corky and I have visited it twice because we couldn’t see the entire estate in three days the first time.

It still is the largest family home ever built in the Divided States of America with 254 rooms, although I guess Jeff Bezos has more rooms collectively in the mansions he has purchased around the world. A monument to the philosophy there is never enough, I particularly liked the special room containing three huge French tapestries hanging on the walls, each worth millions.

So. what if millions of kids are hungry?