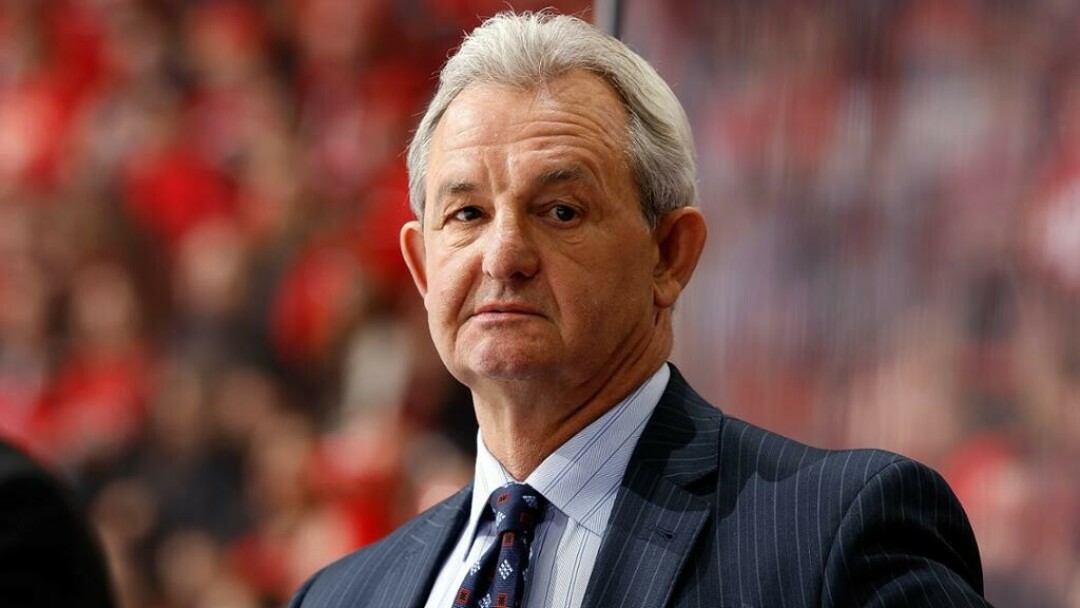 Calgary Flames Head Coach Darryl Sutter is all business when it comes to hockey. He is also known for a legendary deadpan sense of humor when the day’s duties are done with. And if you somehow manage to get on the wrong side of him, he won’t throw you under the bus with an acerbic quote, but he will get his feelings across at the appropriate time.

So when he was recently asked to compare Flames forward Tyler Toffoli to the recently departed Matthew Tkachuk, Sutter had no problem in offering up an epic burn of sorts. He stated, without changing his facial expression for even a millisecond that “one guy’s won Stanley Cups and has been a big part of long playoff runs.”

And he wasn’t talking about the elder of the two “Chuckie brothers.” (Matt & Brady) It was cold, but it was one hundred percent correct.

Toffoli has two SC rings, and Chuckie Sr. has none. I’m not a Flames fan, and I’m not a fan of the two Chuckie brothers, but I can acknowledge that they are two high-level players. Getting to that level has had its share of challenges, especially for Matt.

Part of his game has always been in his self-designated role of antagonist. Sometimes he has become too indulgent in that. I believe some of that to be due to how much media attention he received for playing that style.

In my opinion, there were times when he became consumed with it. My son, nephew and I would often discuss how long we thought Chuckie would last in the league with all of his junior hockey antics. In my view, he also seems to play on that “gray line” in the game, the one that determines whether a player is a “dirty” player or one that competes extra hard. He has been on both sides of it.

And when he does cross it and his victim wants a fight to settle the matter, Chuckie doesn’t always oblige. This can irritate many players, especially veterans.

He came into the league for the 2016-17 season and there were a few incidents in that first year alone. The Flames were then coached by Glen Gulutzan and made the playoffs. (lost in the first round) In the 17-18 season, they failed to make the playoffs and Gulutzan was terminated.

Bill Peters came in as the new Head Coach. The club won the division but lost in the first round of the playoffs. Peters eventually resigned after it was made public that he had verbally and physically abused a player of color, and the abuse had racial undertones to it. Flames assistant coach Geoff Ward was then elevated to the head coaching position, which became permanent when Peters left.

During this time Tkachuk’s in-game behaviors hadn’t changed or advanced a great deal, and personally, I wondered if he and his antics had become a distraction to the team. They had talent but seemed to flounder. Late in the 2020-21 season, Ward was dismissed and the team rehired Sutter to become the new ice boss.

With Chuckies on-ice “stuff” ongoing at that point, I noticed a marked difference in the amount of playing time he was getting. I wondered to myself if Sutter had a sit down with Matt and told him to grow up and start behaving and playing like the veteran he was supposed to be. Because to me, he seemed to pout and mope through what was left of the season.

To his credit, he appeared to come back for the 21-22 season with renewed purpose and focus. He had an outstanding season, appearing in all 82 regular season games while scoring 104 points. (42G/62A) The team had a hard-fought seven-game first-round series with Dallas and advanced.

They then met up with provincial rival Edmonton and were basically routed in a five-game series. At that point, his old contract went into “expired” status. Since he was an RFA, the team had some leverage over him in new contract negotiations.

They were unable to get a deal done, and then the club announced they had filed for arbitration. The response from his reps was that he would not sign another contract with the team.

The Flames then got an eight-year deal for $76 mil done with him and traded him immediately afterward. The extension was likely already agreed upon by the Panthers. So, no more Chuckie in Calgary.

Did he decide soon after Sutter took over that he was moving on as soon as possible? I don’t know and I’ll reiterate that what I am positing here is pure speculation. What I’m not assuming is that Sutter doesn’t put up with any baloney from his players. In his book, there is a right way to play the game and a wrong way.

Chuckie scored a hattrick in G1 versus the Oilers and didn’t score again for the remainder of the series. If he was irritated with his coach, I’m sure that was working both ways.

At the end of the day, when Sutter was asked to compare a player who had won two Cups with the one who hadn’t, I think he was saying in his own round-about way that Toffoli knew what had to be done to become a champion and that Chuckie was still in school.

My question is whether he will ever learn and graduate, or not. My jury is definitely out on that.
THE MINNESOTA VIKINGS spotted the Detroit Lions a 14-point lead this afternoon in Minneapolis before awakening to clinch a 28-24 win.

Most fans aren’t sure what to expect from the Lions this year. They have been non-contenders for some time now. In the season opener, they came very close to beating a pretty good Philadelphia team. (35-38 L) However, in the previous 22 seasons, they have made the playoffs only three times.

With the Vikes on the wrong side of a total spanking in Philly last week, (7-24 L) I wondered if this would be a “trap game” for the Purple. The Lions did beat the Vikings last season for one of their three total wins. What could possibly be different this year?

With a new coach at the helm and with new systems, the Lions could exploit that, couldn’t they? Well, they almost did, and it was a poor display of football for both clubs.

Next week, the Vikings will play in London, UK, versus the New Orleans Saints. Game time is at 0830 CDT. NO predictions here.

THE GOPHERS went out to East Lansing yesterday and placed a thoroughly dominating performance upon the Spartans in a 31-7 beatdown. The final is nowhere near indicative of how the Gophers throttled MSU.

The victory elevated the Gophers into the top 25 rankings, (21st/AP-23rd/Coaches poll) and they have also moved into 10th in the Sagarin College Football rank.

They will meet Purdue this Saturday, have a bye week, and then play at Illinois before meeting the tough Nittany Lions out at Penn State in what could be a very competitive tilt.

This team might be better than the 2019 edition! This IS the best time of the year! PEACE