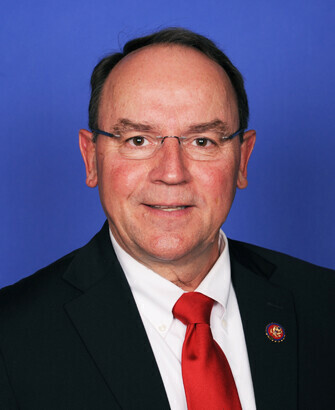 “A Proven Conservative” is the leading tag line on Rep. Tiffany’s campaign web site. There is no disputing that he has proven himself to be conservative.

In fact his voting record proves he is much more conservative than his constituents, many Republican voters and the majority of the American people.

There are two questions voters in NW Wisconsin should be asking regarding Tiffany’s proudly proclaimed conservatism.

One, how much will I be hurt by his extreme views on important policies?

Two, why would anyone vote for a “representative” unwilling to support policies essential to the well-being of his constituents?

There are consequences for electing poor quality leadership. Bad thinking leads to bad policy, that produces bad outcomes for people.

Tiffany’s email newsletters and his campaign website are full of examples of inconsistent, uninformed, irrational thinking. Tom (or more likely his script writers) is good at political hyperbole, full of vitriolic attacks on Biden and Democrats, but short on facts, or sensible policy solutions.

His campaign website says, “Tom believes the same common-sense that defines northern and western Wisconsin is sorely needed in Washington DC. He knows taking power from unelected bureaucrats in the Washington, DC “Swamp” and restoring freedom to the people is how we restore the American Dream, prosperity and happiness for all.”

They are the essential workers responsible for all the essential public services we all depend upon. In reality government is the guarantor of our freedom and the foundation on which prosperity is built. This is especially true in Northern Wisconsin where government is the primary employer and provider of family-supporting jobs.

Small-town, small-minded politicians with limited vision often resort to demagoguery about the “common sense” of the heartland vs the out-of-touch bureaucrats in Washington.

So let’s look at some of Tom’s positions on issues and examine if there is any north woods “common sense.”

Many economists disagree with this simplistic thinking. COVID relief payments only partially replaced lost income from pandemic layoffs. So there was no increase in total aggregate demand to fuel inflation.
Plus inflation is happening world wide, fueled by the war in Ukraine and resulting speculation on international commodities markets. Blaming Biden and “socialism” is pure campaign rhetoric with no basis in reality.

Tiffany says these were “expensive and ineffective federal handouts that the American people do not want and cannot afford.” Many people in NW Wisconsin are poor. Average family incomes are significantly below state and national averages. Many farmers and small business owners are also barely making it. I doubt many people sent the relief money back because they did not want it. I suspect there were many very glad to have food and not be homeless because of expanded unemployment.

Tiffany claims “choice and competition” (the free market) will lower health care costs. “Americans should be free to buy the kind of health care coverage they want at prices they can afford based on their own unique medical needs.”

This would be wonderful but in the real world of NW Wisconsin there is virtually no competition in health care providers. Essentia Health out of Duluth, Marshfield Clinic and one or two Twin Cities hospital chains out of Eau Claire have carved up the pie.

Contrary to Tom’s false assertion, everyone in this country is free to buy whatever level of health insurance they want. The problem is most people cannot afford to buy anything without employer or government subsidies.

Health care in the United States is the most expensive in the world because it is dominated by free market providers and insurance companies. Tiffany is simply ignorant of the facts about health care.
It is free market true believers like Tiffany that have prevented our country from controlling costs with a sensible national insurance program.

Note also that Tiffany’s belief in “choice” does not include women having choice or the freedom to control their own bodies. He has repeated the false assertions that Democrats want “abortion on demand up to the moment of birth.”

Abortion has only been legal during the first two trimesters (24 weeks) prior to the “viability” of the fetus. Late-term abortions are extremely rare and only performed to save the mother or because of serious fetal development or medical problems. Tom is apparently ignorant of the medical complexity of abortion issues.

Crime is another issue for Tiffany’s demagoguery. Tiffany claims that “crime is skyrocketing.” He points out that the U.S. murder rate went up 30% between 2019 and 2020. Tiffany mysteriously blames Biden, even though this increase occurred during the Trump administration. He blames Democrats who have provided “support for criminals wreaking havoc on American cities.”

Tom’s fear-mongering uses accurate statistics, but out of context and with misleading conclusions. A report by the Brennan Center for Justice confirms that murders went up 30% and assaults increased by 10% (Myths and Realities: Understanding Recent Trends in Violent Crime, July 2022). The report attributes theses figures to increases in gun violence, gun ownership and more people carrying guns in public. In 2020, 75 % of murders were committed with a firearm. But Tiffany opposes all sensible gun control.

The report also says these increases were not the result of criminal justice reform in liberal-leaning jurisdictions. Murder rates rose in cities run by Republicans and by Democrats.

His portrayal of the crime problems is simply exaggerated. In Wisconsin there were 175 murders in 2019 (3 per 100,000 residents and below the national average). In 2020 there were 315 homicides. That is a 70% increase! But 202 of those were in Milwaukee. Wausau and Eau Claire each had three murders. Obviously this is not a “deadly crime wave plaguing our neighborhoods” in NW Wisconsin (or even in Milwaukee). Tiffany’s overblown inflammatory rhetoric is pure campaign fear mongering.

Tom Tiffany is a proven conservative. But NW Wisconsin needs a knowledgeable representative who cares about improving the lives of his constituents.