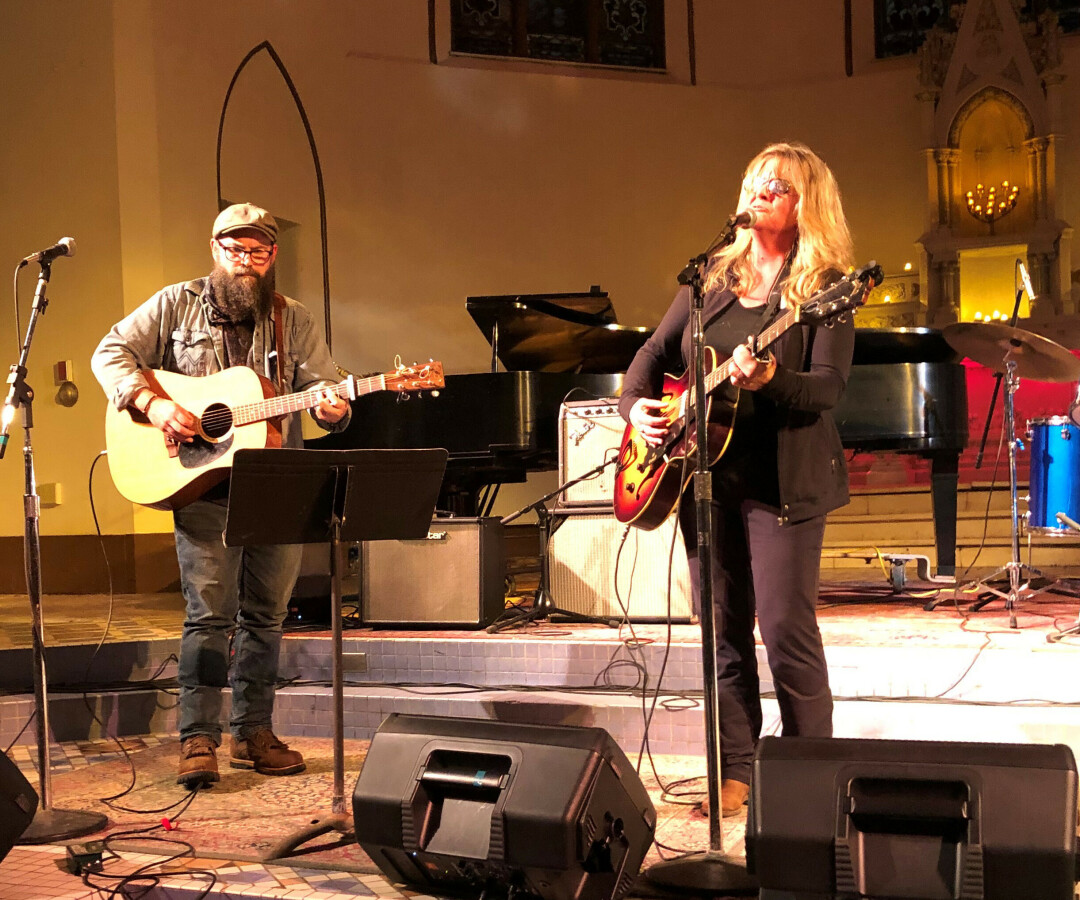 This past week I indulged myself in some remedial musical education by taking a tour of Prince’s Paisley Park Museum in Chanhassen, Minn. It wasn’t until after Prince died in 2016 that I viewed the re-released film Purple Rain, and became intrigued ‘with the Minneapolis-born superstar.

Funny that I missed this phenom since I was living and working in Minneapolis during the 1980s – Prince’s heyday and the scene at First Avenue. But then I was consumed by my new career and marriage and really didn’t get out to clubs at all during those years.

What fun it was to step back in time to see what I missed thanks to the 90-minute tour of Paisley Park, constructed in 1986 at a cost of $10 million.

With concert footage (including the 2007 Super Bowl XLI halftime show, also viewable on YouTube), photo exhibits, snippets of interviews and displays of his stage costumes, outfits and shoes, all housed in a fantastical building designed to amaze, I was exposed to the many facets of Prince.

Besides the high-voltage songs, it was his incredible dance moves that most impressed me. It made me realize that I may have been misjudging acts at this past summer’s Reggae and World Music Festival; in retrospect, I think they were potentially emulating the showmanship and choreography that Prince inspired in any number of national acts.

Since I have seldom attended large venue pop concerts, it has escaped me how standard and pervasive such showmanship has become (and which I may too readily dis).

Viewing the Prince legacy also brought to mind David Bowie, whom I became enamored with in 1972 when I first heard the album The Rise and Fall of Ziggy Stardust and the Spiders from Mars. I couldn’t help but wonder whether Bowie’s music and persona, with its expressed gender ambiguity, might have influenced Prince’s blending of sexual identities. Prince was in his teens when Bowie came to stardom and met Bowie only once.

Purchasing a couple of Prince’s earlier CDs, I am just now beginning to better appreciate his artistry. During the Paisley Park tour I heard a heretofore unreleased song, “Ruff Enuff,” and learned of the Prince Foundation’s plans to release more of his work. Both these top tier artists died within the first four months of 2016.

On Saturday, Sept. 24, I attended the “Duluth Does Willie Nelson” concert at Sacred Heart Music Center. It was the latest in a series of benefit concerts highlighting the songs of top musicians where locals interpret their recordings, in this case those of Willie Nelson – many of them covers.

The proceeds from these concerts are slated for ongoing restoration and maintenance of the former cathedral. Twenty-four acts, several of which I have heard fairly frequently, donated their talents to the cause.

While I have never been a huge Willie Nelson fan, I am familiar with a number of his hits, though only a few of the songs presented this evening were known to me. I did see Willie once in concert together with Dylan back in August 2004 in Fishkill, New York. As I recall he was fairly mellow then.

Comments made by some of Nelson’s more devoted fans attending the Sacred Heart benefit suggest that this concert was too laid back, with which I agree. This is not to say the musicianship wasn’t up to par, but the tempo and material didn’t vary sufficiently to keep me all that interested.

Of the 24 acts, there were a few that stood out. The duo of Colleen Myhre (AKA Boss Mama) and Nathan Frasier opened the show with “Hands on the Wheel,” which sounded uncannily similar to the tune of “Tennessee Waltz.”

Caitlin Robertson, who traveled from Northfield, Minn., to participate, sang a Nelson original, “Sad Songs and Waltzes.” Her voice had a subtle country twang along with a clear, piercing quality reminiscent of Emmylou Harris.

Immediately following her number, Corwin Pederson performed “Always on My Mind,” a Nelson tune I did recognize and that was quite soulfully done.

Bill Isles was joined by his wife Kate to join him in singing “You Don’t Know Me,” a 2006 tune written by Cindy Walker. That was easy listening.

The rendition of “Crazy” by Lyze Jaakola, who played the Sacred Heart piano and was accompanied by her three children, was fine but presented a song I associate more with Patsy Cline than Nelson.

Shane Nelson (no relation to Willie!) gave one of the more poignant performances with his heartfelt rendition of “It Gets Easier.” It had the line, “except for missing you, that won’t go away;” articulating Shane’s personal loss with the untimely death of his best friend and longtime Crescent Moon bandmate, drummer Zach Ross. Shane not only performed but wrangled the setup for each of the musicians’ numbers.

The talented solo guitarist Greg Tiburzi performed the humorous “Me and Paul” very well. Of course The Fishheads’ cover of “Roll Me Up and Smoke Me” got an enthusiastic response from the audience, who hooted and hollered its approval.

Finally, I found John Sonofmel’s take on “Funny How Time Slips Away” to be a fine way to wind up the evening before all the performers took to the stage to sing “On The Road Again.”

Note that anyone who missed this concert can stream it, at Sacred Heart Music Center Duluth - YouTube.
One of the positive aspects of these Duluth Does gigs is that the musicians get to know each other backstage. New collaborations between our talented local artists may result from these kinds of shows, and that would be a good thing. In the future however, I hope the Duluth Does series will endeavor to showcase artists known for their original work.