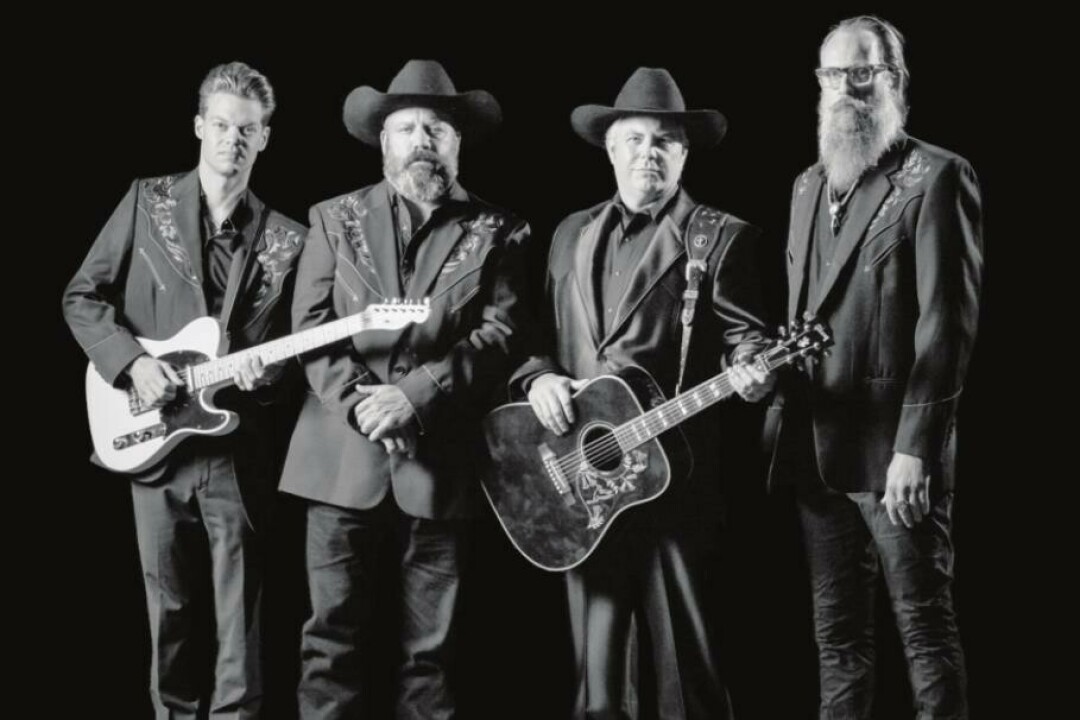 Here’s an unusual musical progression for you – Minnesota boy begins his musical career in touring ska band, 3 Minute Hero, that eventually brings him to performing in a hybrid Bob Marley-meets-Motown band on the island of Oahu, which naturally morphs into a Johnny Cash tribute called Church of Cash.

At least it seems like a perfectly natural progression to Jay Ernest, who has taken on the daunting task of representing the spirit of Johnny Cash.

In honor of the band’s fourth visit to Duluth for its Oct. 6 show at the West Theatre, it seemed time to catch up with Jay.

It was while on tour in China with the Oahu hybrid band that Jay decided it was time for him to take a lead role in a band.

“I just remember kind of patting myself on the back and saying, ‘Hey, kid, you did it. You’ve toured all around around the world. Got to see some really cool things. What is your next challenge in life?’ And I decided, well, I’m going to try to be a lead guy. I’ve always been a backup guy my whole life, backing a lead singer up on guitar or bass or whatever. And I made that decision. So when I went back to Hawaii, I started playing at an Irish bar in Chinatown, in downtown Honolulu. Very cultural crossroads. And I was playing one of those acoustic shows at a bar, you know, you play for hours, and you just play whatever and you’re just backup noise for people having beers.”

Jay figures this will be a great experience in confidence-boosting for a lead gig.

“I was learning how to work with audiences all by myself and not leaning on anybody else,” he said. “I remember playing Irish music, country music, some new wave, some Echo and the Bunnymen or whatever I really liked at the time. And every now and then I played a Johnny Cash song. I probably knew three or four. As soon as people heard Johnny Cash, they just put down their beers and stared.”

After the show audience members complimented his Johnny Cash.

“So I went home to learn more Johnny Cash,” he said.

It was a Eureka moment when he started listening to Cash recordings.

“I kind of quickly figured out that I already knew all these Johnny Cash songs,” he said. “I was raised as a farm boy in southern Minnesota. My dad was a huge Johnny Cash fan. He’d always be singing the songs and playing the tracks back when we’re doing farm work. More quickly I realize, man, I already know the songs. And in a weird, clandestine way, my father was grooming me to be a Johnny Cash singer.”

So he formed a band to back him on Johnny Cash in Honolulu.

“It became instantly popular with the kids coming back from Afghanistan at the bases on Oahu,” Jay said. “They just couldn’t wait to see American music again. When we would have shows they would just pack the dance halls. It was pretty amazing. It wasn’t long after that I moved back to Minnesota in early 2010. It was just kind of a slow roll here in the Cities, playing a Tuesday night house gig at a bar for about a year and then picking up maybe a regional show at a smaller town. It was just slow growth.”

Once returning to Minnesota, he reformed the band with guys who had known in the late 1990s when he was playing in bands here,including drummer Jonathon TeBeast, who had also been in 3 Minute Hero.

“Jonathon has been with me pretty much ever since, but I’ve had kind of a revolving cast of the other two players over years. The current lineup I’ve had for the last three years.”

The name Church of Cash makes a big promise to audiences. How did that name came up?

“I think it was inspired,” Jay said. “I was just thinking about churches. What happens in a church? Well, we sing songs. We hear stories. We celebrate. Then, when people come to one of my shows, we’re hearing stories about Johnny Cash. We’re singing his songs. We’re paying homage and celebrating the life and music of Johnny Cash. I’m like, wow, that’s kind of like church. I don’t do sermons or anything of that sort, but I think the message comes across. In our American pantheon of artists, Johnny Cash is one of the most important. He was one of the most human of all the artists. He had his faults. He wore his heart on his sleeve. You can understand him. As a human being, we can relate with him. He speaks to the common man. His music crosses all kinds of demographics. I’ve heard people say, ‘I don’t like country music, but I like Johnny Cash.’ And I think that’s just one more reason why it’s easy to celebrate him. It becomes a very personal experience.”

He has been made acutely aware of what an experience it can be for some people, such as an older woman who tells him after the show that she came because her late husband was a huge Cash fan, and Jay’s performance brought back wonderful memories for her.

“As an artist and a performer, just hearing that I have helped a person have a moment of pleasure harking back to a point where they had listened to or had this relationship with Johnny Cash is very fulfilling for me,” he said.

And his own father might be his biggest fan.“He is very proud of me and enjoys coming to see my shows,” Jay said.