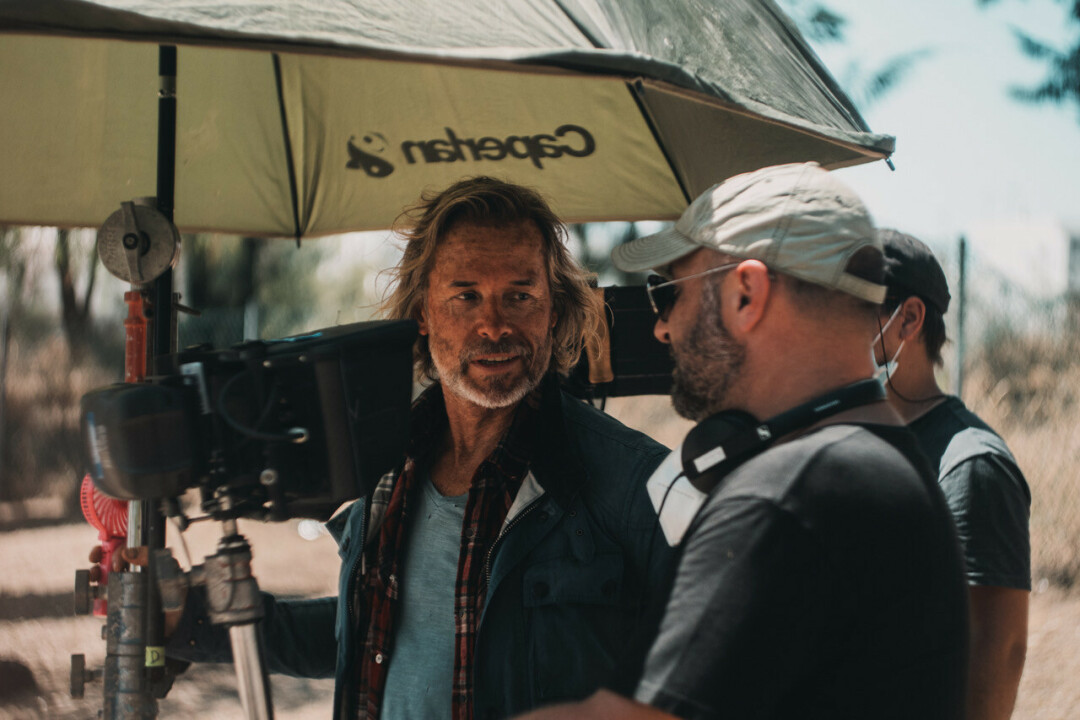 What do a tortured author, a cute German shepherd named Saul, and a spine-tingling mystery all have in common?

Each is but one of the many memorable features of The Infernal Machine, the newest film by Minneapolis-based screenwriter and director Andrew Hunt.

Debuting at Duluth’s West Theater on Thursday, Sept. 22 – and starting the Duluth Superior Film Festival in the process – The Infernal Machine took its viewers on a wild-goose chase through deserts of Southern California, maximum security prisons and, most poignantly, the internal turmoil of its flawed protagonist, Bruce Cogburn (Guy Pearce).

Living as a hermitic recluse after his critically acclaimed debut novel The Infernal Machine inspires a young man to commit a horrific mass shooting, Cogburn lives a boozy but somewhat stable existence that is thrown into disarray when he begins to receive mysterious letters from a William DuKent who, as Cogburn finds out the hard way, is more than just a fan.

As Cogburn turns the pages of a nightmare in which he, unwittingly, is now the protagonist, he becomes capable of defining his own identity as an author.

“Bruce Cogburn is this trapped soul that is tortured from the decisions that he’s made,” Hunt explained. “Through the two hours of The Infernal Machine, there’s going to be opportunities for him to find a new direction, to find a cathartic resolution for some of the guilt that he currently carries. And I think that really responds to everyone: we all have done stupid things; we’ve all made mistakes.”

Indeed, what is most fun about The Infernal Machine is, appropriately, the myriad ways in which it toys with narrative.

Cogburn’s quest is quite literally a narrative of self-awareness. For instance, in one chilling scene his stalkers tease his authorial integrity by sending him a manuscript containing his every action and word since the film’s beginning.

Flashbacks spliced throughout the film appropriately reflect the ways in which Cogburn confronts not only a living protagonist but also the demons of his own past.

“The one thing that The Infernal Machine really talks about is how the choices that we make define who we are,” Hunt said. “They don’t imprison who we are, but they do define who we are in that moment. And we can constantly change who we want to be at any particular time in our journey down that road of life.”

Hunt’s film also succeeds on a technical level. Sweeping aerial shots of the arid and empty California desert (filmed in Portugal) make it seem like Cogburn is, truly, stuck in his personal hell. Pearce’s acting is raw, bringing a character to life in all his angsty, troubled glory.

“It was amazing for a writer to think they knew this character and then to be behind the camera and watching this amazing, talented actor embody this character and elevate it to an area that you as the writer and music director never even dreamed of. You’re just kind of in awe of what he did,” Hunt said, describing his time working with Pearce. “I just can’t wait for the audience to follow Bruce Cogburn around for two hours, because I got to follow him around for a year and a half.”

The Infernal Machine fit perfectly as the start to the weekend’s smorgasbord of films, giving a subtle tip-of-the-hat to the scenario that inspired its own creation. Hunt attributes his original ideas for the film to a podcast he listened to on the way from the Twin Cities to Duluth for an iteration of the DSFF in years past.

“The podcast was about an author who kept receiving these mysterious letters,” Hunt said. “As I listened to it, I thought to myself, ‘that’s a great idea for a film.’”