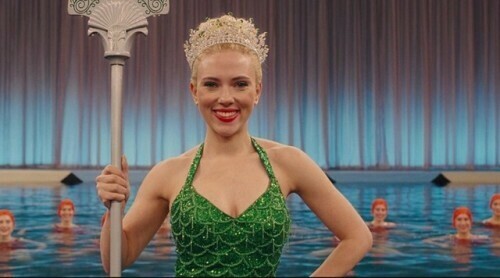 I am so surprised to find I’ve never seen the Coen Brother’s 2016 movie Hail, Caesar!

I thought I had. It was certainly playing on my Fire TV one night, but I used to have a bad habit at my last job of working on stories while I streamed movies. I can’t explain why I did that, but I guess I told myself I was multi-tasking, when, actually, once you delve into writing a story, everything else falls into the deep background.

So I missed many things “watching” them while working for seven years at my last newspaper job, where I had to be extremely prolific.

This is how I came to discover my phoniness in watching movies back then. Last Saturday I planned to make Coconut and Lemongrass Braised Short Ribs from a Bon Appetit recipe. It required a good deal of chopping and grating of things before even starting the process, which is perfect for movie watching, as long as you are careful with your knife.

My mood was up, so a comedy seemed in order. I’m not a big fan of manufactured comedy – give me pure, spontaneous comedy, such as a witticism or pratfall, any day – but I am also an optimist and so have hope that so-called comedies will be funny.

They usually let me down.

In our times, the only filmmaker I can count on for unabashed comedy are the two Minnesota brothers, Joel and Ethan Coen.

But I was not thinking of them when I went in search of a movie to accompany my chopping and grinding. First, for a reason I cannot fathom, I went to Netflix. Being a fan of classic film, Netflix is not my go-to streaming channel. I use it for other things.

But on this day I went to Netflix and saw Hail, Caesar! I was certain I had seen it, but the description stirred not a single memory, and that was sad to me. How did I not know this movie which sounded by the description like it was about one of my favorite subjects, the American movie studio system that once existed.

It did not take long into the movie for me to say to myself, aloud, “I have not seen this movie!”

But, wow! Glad I have finally seen the Coen Brothers’ beautiful tribute to old Hollywood. It allows them to do a Busby Berkeley aquatic dance number sequence, a Gene Kelly-like athletic dance scene that appears to evolve into a gay free-for-all, and present a hilarious sequence with longtime Coen Brothers collaborator and wife of Joel, Frances McDormand in a cameo as chain-smoking editor C.C. Calhoun, who, while showing dailies to studio exec/fixer Eddie Mannix (another Coen Bros. fave, Josh Brolin), is almost strangulated when her scarf feeds into the film reel.

“Shouldn’t wear scarves,” she croaks after Mannix hits reverse on the machine and she is released.

First thing she does after being freed is take another hit from her ever-present cigarette.

She seems in the movie-within-the-movie to be an aquatic angel, but once the scene is over and the crew helps her disembark from the bottom half of her tight mermaid costume, what must be a stagehand confidant asks, “Gas again?” And then this vision of beauty unleashes her hash-slinger voice, and all illusions are destroyed.

And that is it for her character. It would have been nice to see more of her.

But that’s OK. As with any Coen Bros. production, Hail, Caesar! is filled with interesting oddballs.

Another Coen Bros. fave, George Clooney, plays a major star of the period who is kidnapped by communists while making a religious epic. (The Ten Commandments was the box office smash of the 1950s, one of a number of biblical epics of that period.) It doesn’t take long for the dimwitted star to accept the dimwitted messages of his captors. Was Clooney’s character modeled after any actor in particular? I could not help thinking of that future mouthpiece of the NRA, Charlton Heston, who starred in several 1950s biblical epics.

It does not really matter who he is supposed to be. It’s funny stuff.

But it is also history.

Josh Brolin’s character, Eddie Mannix, was an infamous studio fixer. It is well known that he was responsible for hiding the sometimes sordid facts of actors at MGM Studio. You name the crime, Eddie Mannix at some time had to fix it so the public would not lose interest in some star the studio had poured much effort into.

An earlier movie, Hollywoodland (2006), also featured Eddie Mannix as a character, this time played by Bob Hoskins, and also this time, maybe responsible for the death of actor George Reeves, star of the TV series The Adventures of Superman.

The much-repeated story goes that Reeves and Mannix’s wife, Toni, had been in a love affair since 1951, and that Mannix or his hired hitman killed Reeves. The official death report was suicide, because Superman had been canceled and Reeves felt typecast, and at age 45, there was no hope.

Well, the Coens do not explore that side of Mannix. However, they are playing to people in the know, and they present the extremely Catholic Eddie Mannix as a very guilty guy, so guilty that he tells a priest that it has been 27 hours since his last confession. He confesses to smoking cigarettes.

But, I think this is the Coen Bros. telling us Eddie Mannix has a very guilty conscience.

I love those Coen Brothers!