No joy in Mudville; Football is back 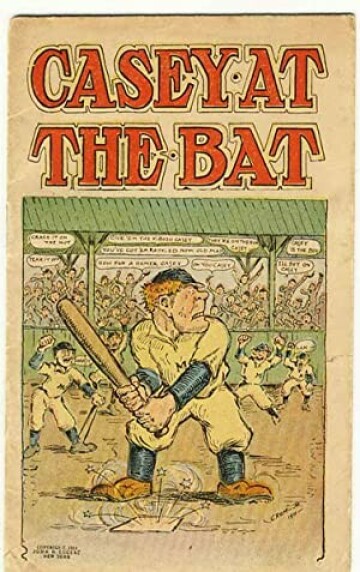 CROSS RIVER – There is no joy in Mudville on this day. It is Sunday 9/11, and tonight it was time to reflect on the Minnesota Twins season and where they go from here.

I opined before this week that the club’s last road trip was going to tell us if there was a chance at the MLB postseason or not. Even though the team hasn’t been mathematically eliminated from the playoffs, there is little chance tey will be making an appearance.

After going 3-3 in the first week of the new calendar month, the team had a series with the NY Yankees in the Big Apple and went 1-3.

The baseball doctors applied their stethoscopes to the team and didn’t like what they heard. They just finished a crucial weekend set with the AL Central-leading Cleveland Guardians and went 0-3. A 1-6 week isn’t going to advance your cause. Not when you need victories, and it is the middle of September.

In addition, the team has slipped below the .500 mark in the standings for the first time since April, and it isn’t hard to figure out the rest.

The Chicago White Sox have surged past the Twins in the standings, dropping the club to 3rd place in the division. They are now 4.5 games out of first, and worse yet, they are nine games out of the chase for one of the three Wild Card playoff berths.

The club sits at 69-70 with 22 games left (an earlier postponement won’t be made up). There isn’t enough runway left to attempt to win the division or grab a Wild Card spot. So, “No joy in Mudville” is apropos tonight, the old baseball poem about The Mighty Casey striking out in a big game when one magnificent home run could have sent them home the victors.

I can’t draw an exact parallel between the Twins season and the classic poem “Casey at the Bat” by Ernest Lawrence Thayer, but the general theme holds true. No one in Twinsland is smiling or happy tonight.

While it would be outstanding if the team was still playing for something, the reality is that they aren’t, and it will be time to get a look at younger players and maybe some prospects.

The other side of the baseball coin is that the club had injuries that hurt their cause this year. That isn’t an excuse; rather, it’s the truth.

A couple of important questions I have for the off-season is whether the club brings back Skipper Rocco Baldelli. And then, does Carlos Correa exercise his opt-out provision in the three-year $105 mil contract he signed with the team last offseason? He has the chance to do so after either of the first two years of the deal. The current speculation around the league is that he will do so.

Would that be a good thing or not-so-good? I could see that either way.

At this point, he is eating up 25% of a $144 mil roster. That’s probably OK if you spend another $50 mil or so to put at least two more players of his caliber on the field with him.

But he is $25 mil beyond the next player on the team’s list. So, does it work at this point or not?

Either way, there is definitely no joy in Mudville tonight, and it might be a while before there is. I see an interesting offseason ahead for the Twins.

FOOTBALL IS IN the air today, both figuratively and literally. The college season is into its fourth week for some teams, and the NFL season opener was a scant four days back when Thursday Night Football kicked off.

I haven’t written much about football for the last few years, but I still love the game, and I am still a huge Minnesota Gopher and Vikings fan. I just don’t like the way the NFL conducts their business and have decided I didn’t want to write about them any further. That is that.

The Golden Gophers are 2-0 after lambasting two cupcakes by a combined score of 100-10. This Saturday’s opposition, if you can call them that (sorry, no disrespect intended), is Colorado University, and they are currently 0-2 and sit at 103rd on the Sagarin College Football ranking. They have lost their two tilts by a 23-79 tally. I’ll be the most surprised fan on the planet if the Gophers don’t ragdoll this team too.

But the Gophers aren’t the only school doing this. Big and mighty Michigan played Hawaii last week and won by 56-10. Michigan State beat Akron 52-0.

There are more. What purpose do these games serve? For the underdogs marching to the football gallows, they are just big paydays for their school’s athletic departments. For the winning teams, they are little more than feel-good scrimmages designed to pump up the team before heading off to face some real competition.

Does the once mighty Michigan team need to play Hawaii? Does “Sparty” need to play the Akron’s of the gridiron world?

Will these three beatdowns the Gophers serve up do anything for the program? No, no and no.
Dear Coach Fleck, if you want to move the program to the upper tiers of collegiate football (I know you do), limit these “alley whuppings” to one game per year. I can deal with that. But three? C’mon man!

THE VIKINGS had their regular season and home opener this afternoon when they faced vaunted rival Green Bay in Minneapolis. With no Vikes stars playing any preseason minutes and with many “expert” analysts placing the Pack in their top five Super Bowl favorites, I wasn’t sure what to expect.

It was also new Head Coach Kevin O’Connell’s regular season debut. To be honest, I wasn’t optimistic about the Vike’s chances. But then, I learned as a kid nothing matters in this equation. Literally nothing. As the week went on, I felt better about the Purple’s chances for a win. And that’s what happened. In a pleasant 23-7 win today, the longer the game went on, the more I liked what I saw.

O’Connell and Packers Head Coach Matt LaFleur come from the Sean McVay coaching tree. And O’Connell was on his staff last season when the LA Rams won the Super Bowl.

At the game’s conclusion, they met at midfield, said probably no more than four words, shook hands, and that was that. I expected more, but then, LaFleur didn’t look too happy. So my imaginative mind took over.

I wondered, if even for a moment, that LaFleur suddenly thought his team might not be the auto-top dog of the NFC North anymore. I envisioned LaFleur recalling the Doc Holliday to Johnny Ringo line from the movie Tombstone where Ringo realizes he is about to meet his Waterloo in dueling Doc, and Holliday says, “Why Johnny Ringo, you look like somebody just walked over your grave.”

I’m not sure what the future will bring, but I can already see that the new guy is a bonafide upward move from the last guy. PEACE