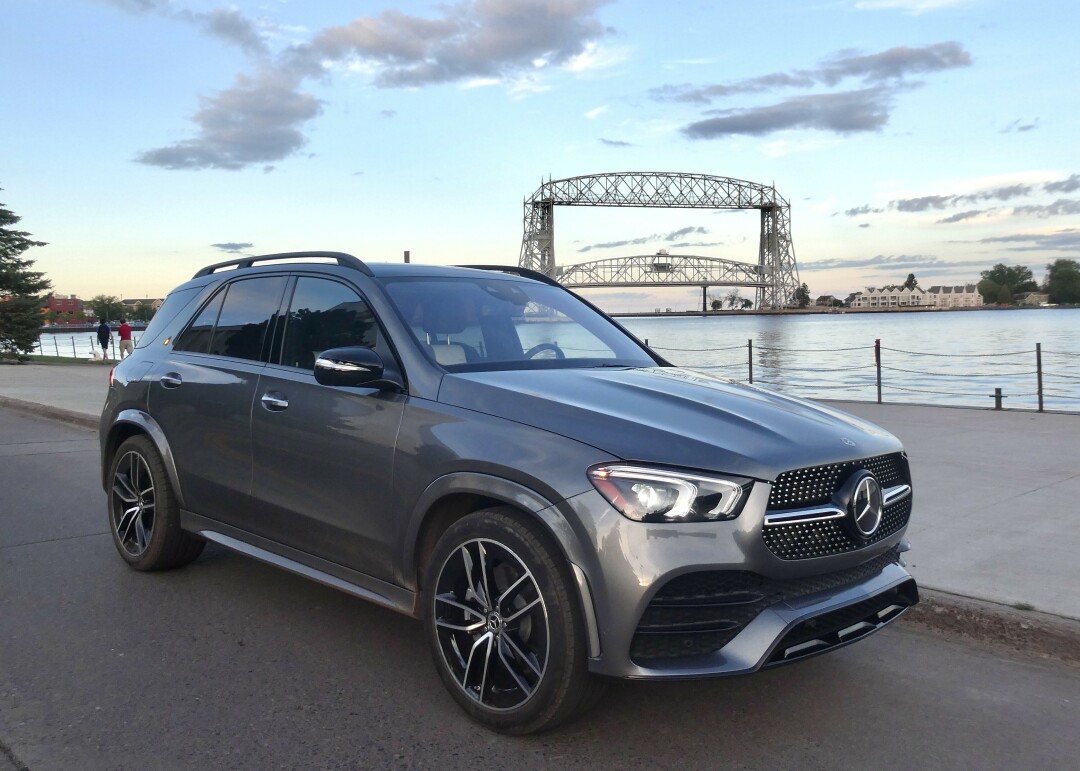 There were a lot of signals that summer was ending and the transition to fall was descending upon Northern Minnesota, as well as the rest of the world.

Driving the 2022 Mercedes Benz GLE450 was among the more tangible signs, because it is among the smaller SUVs in the vast Mercedes fleet, but it also might be the most reasonably-priced as well as the best real-world performing members of that stable.

Traditionally, as Labor Day approaches, it follows my Sept. 1 birthday, as it also signals the return to school for the kids. Labor Day generally means chillier nighttimes, so we focused, during our favorite road-test drives up the North Shore from Duluth to Grand Marais, on appreciating opening the windows, rather than dialing in the air-conditioning.

This year the transition time was special, because our younger son, Jeff, flew home from Washington State to join his older brother, Jack, and my wife Joan and me for my birthday. It was special because this birthday signaled that I’ll never be 79 again, and there was some concern whether I would make it, after spending the summer recovering from the surprising blindside arrest in late May that left me with a summertime of recovery. Jeff returned to Washington after a low-key week of just driving around on some enjoyable regional trips.

I’ve driven several Mercedes models that cost well more than $100,000, and I estimated this one would be right up there. So I was surprised that the base price of the GLE450 was $63,950, and even loaded with impressive options such as Airmatic suspension, acoustic insulated glass all around and all the safety devices to prevent you from front or rear collisions, lane departures or following too close.

Standard, by the way, is natural grain grey trim, and black and white leather seats.
With all four of us together, the GLE450 would have been perfect, because the freeway power delivered by the new turbocharged Mercedes 3.0-liter in-line 6 provides instant response through all four wheels, even as you know you are looking ahead to the coming cold-weather months when the all-wheel-drive would be even more of an asset on snow and ice.

That certainly wasn’t a concern in late August, when sunny afternoons in the mid-80s meant windows down most days. Nobody questions the ability of Mercedes to build quality and overpowering engines, and this 3.0-liter in-line six proves nobody needs the extra blast from the larger V8s.

In our GLE450 4Matic, turbocharging lifted it to 360 horsepower and 369 foot-pounds of torque – easily enough to send the vehicle on its way, while the 9-speed automatic transmission shifted with crisp precision. If you didn’t think it was crisp enough, you have steering wheel paddles to shift up or down through the nine speeds manually.

The front bucket seats are firm and supportive, as well as attractively finished in two-tone black and white Nappa leather, ventilated to provide both heating and cooling. That support was appreciated when we ventured into some spirited driving and let the 4Matic all-wheel drive keep those 22-inch tires clinging to the twisting asphalt running up the North Shore.

Adequate head and leg room in the rear seat of the 2-row SUV means the four of us could enjoy the ride, made more pleasant by the Burmester surround sound system and the panoramic sunroof.
Other than the usual Mercedes levels of refinement, the GLE gets a strong dose of AMG trim and performance features from the company’s high-performance wing. That includes the seats, pedals, grille and both interior and exterior bits.

If you don’t care how much your car costs, the GLE450 is a bargain, and if you do care, you don’t have to tell anybody you got a loaded Mercedes SUV for less than $100,000.