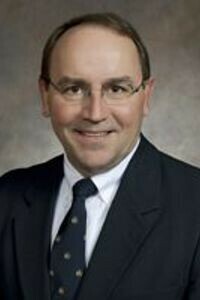 Welcome to a new feature looking at some of our more Neanderthal elected officials.

We begin with U.S. Rep. Tom Tiffany, who misrepresents the 7th District in northern Wisconsin. He had previously misrepresented people of that area in both the Assembly and Senate, serving as a lackey for the ratty Scott Walker. Why he continues to be elected is a mystery because his ignorance and backwardness is immense and obvious.

For example, back in June 2021 he was one of only 14 U.S. House members (out of 435) who voted against making Juneteenth – recognizing the end of slavery in this country – a national holiday. It passed unanimously in the Senate, however the big dummy Sen. Ron Johnson – also of Wisconsin – approved it with objections (we’ll be hearing more about his monumental meatheadedness in the future).

Here is what the blindly hypocritical Tiffany said about his Juneteenth vote:

“Once again, House Democrats have used their majority to balkanize our country and fuel separatism by creating a race-based Independence Day. There is only one Independence Day in America, just as there is only one National Anthem, one American flag and one America – under God, indivisible, with liberty and justice for all. It is unfortunate that some have chosen to politicize the naming of this important historical event – one of many momentous milestones in America’s shared journey that began in 1776 to create a more perfect union – to turn Americans against one another and foment division based on skin color instead of uniting us.”

“Balkanizing” our country? Wow! Who taught him that multisyllabic word?

It apparently did not even enter the congressman’s tiny mind that on the original Independence Day in 1776, hundreds of thousands of Blacks were in shackles. Of course, he is part of the Republican culture that wants us to ignore this part of our checkered past.

Being a dumb white guy, Tiffany probably does not know the history of Juneteenth and why it should be celebrated by all Americans who treasure the words upon which this nation was founded.

It was on June 19, 1865 – 89 years after the Declaration of Independence – when Union troops arrived in Texas and announced that the more than 250,000 enslaved black people in the state were finally free by executive decree.

The hypocrisy of his using the line “with liberty and justice for all” shows that his stupidity knows no bounds.

And his thought that naming it a national holiday would “turn Americans against one another and foment division based on skin color instead of uniting us,” well, that is the talk of a sheltered and ignorant white man mired in 19th century ideas.

It’s pretty obvious Tom Tiffany does not have the brain power to fairly represent his constituents.

Let’s end with a comment from Frederick Douglass, from his July 5, 1852, speech, “What to the Slave Is the Fourth of July?” It perfectly sums up the problem with Tiffany’s absence of cogent thought.

Do you have a dumb comment or stance to share from one of our boneheaded elected officials? Send it to info@readerduluth.com.