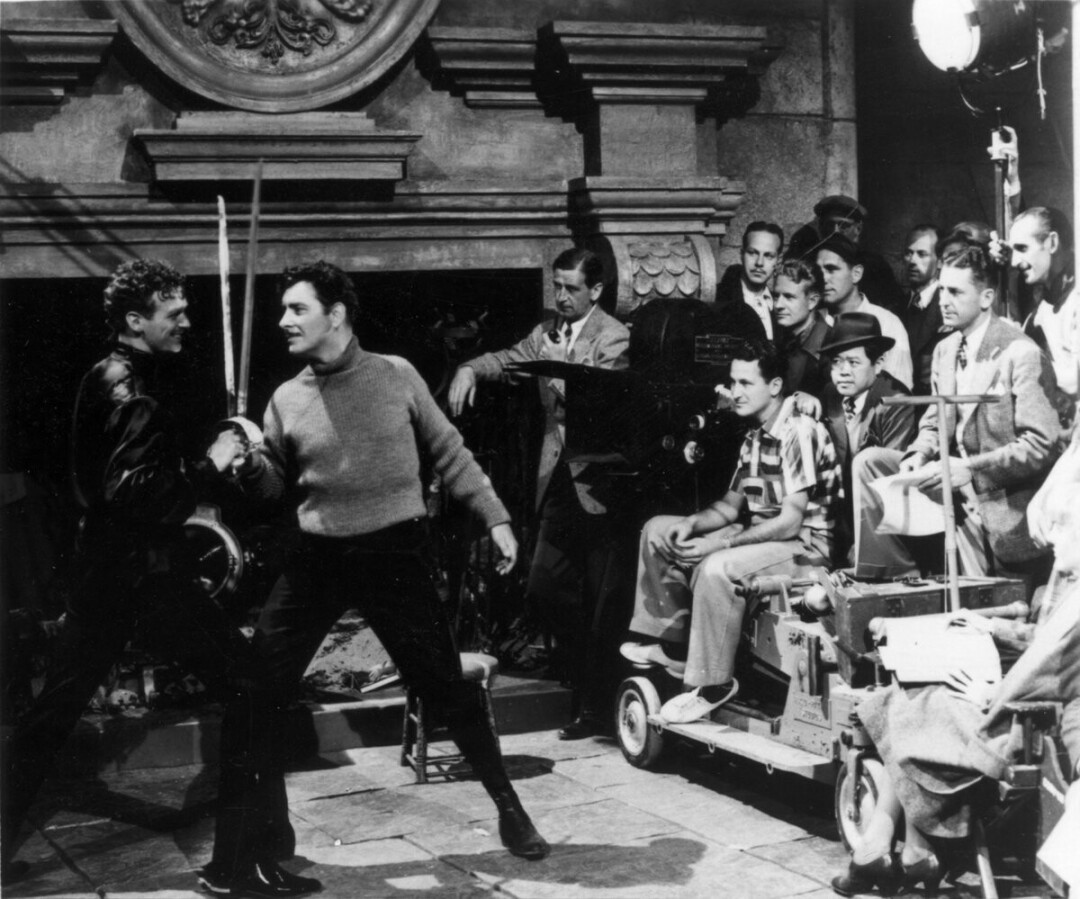 In the mood for an old-school swashbuckler, I hit it big time with the 1937 David O. Selznick production of The Prisoner of Zenda, which is one of 24 films in a new Criterion Channel offering featuring the cinematography of James Wong Howe.

Howe, real name Wong Tung Jim, was born in Canton, China, in 1899. His parents emigrated to Washington state when he was five. He boxed professionally as a teenager, and then learned the film business as an assistant to Cecil B. Demille. He was the cinematographer on the more than 130 films, beginning with silents in the 1920s. He was nominated for 10 Academy Awards for his cinematography, winning twice, for The Rose Tattoo (1955) and Hud (1963) – both of which are in this collection.

Yet he was not allowed to become a U.S. citizen until after the repeal of the Chinese Exclusion Act in 1943, and due to racist laws against Chinese, his marriage to a white woman in 1937 was not legally recognized until 1948.

His nickname in the industry was “Low-Key Howe” for his innovations in low-key lighting. He was also known as an innovator for his wide-angle, deep-focus shots. His fellow cinematographers named him one of the 10 most influential cinematographers ever.

After his long-term contract with Warner Bros. ended shortly after World War II, Howe returned to his native China to make a documentary, but upon his return found America hunting communists, and himself on the graylist of suspected communist sympathizers.

After that, he was unable to find work until maverick director Sam Fuller hired him to shoot The Baron of Arizona in 1950 (reportedly one of Vincent Price’s favorite roles).

But back to the pure swashbuckling romance of The Prisoner of Zenda, starring Ronald Colman as the future king of a country as well as his doppelganger cousin who coincidentally is vacationing in the kingdom the day before his cousin is to be crowned.

Colman is perfect in both roles. His athleticism is on show here (he did his own stunts), as is his fencing ability in a great shadowy showdown with ultra-villian Rupert of Henzau, roguishly played by Douglas Fairbanks Jr.

Fairbanks had hoped to play the lead, but when it went to Colman, his father, silent superstar Douglas Fairbanks Sr., told him the role of Rupert was the best villain ever written. Fairbanks is so good in the role that you want to skewer him with a sword yourself. His escape by diving into a moat makes you think a sequel was in order, but no such thing happened.

The Prisoner of Zenda also features a young David Niven, Madeline Carroll, Raymond Massey as the king’s evil brother, Myrna Loy and the great C. Aubrey Smith, who, in 1896, played the dual role of king and heroic cousin in the 1896 play from Anthony Hope’s 1894 novel.

While this swashbuckler has been made into feature films eight times (beginning with three in the silent era, and the final starring Peter Sellers), two made-for-TV films and three TV series, the 1937 movie is widely considered the very best adaptation.

It looks spectacular, thanks to Howe’s mastery behind the camera. As a former fencer, I was on the edge of my seat watching the final duel between Colman and Fairbanks.

It’s pure romantic swashbuckling, and they just don’t make them like this any more. It’s big fun.

But so are most of the films in this Criterion Channel collection, beginning with the 1934 Clark Gable vehicle Manhattan Melodrama, the movie John Dillinger had just watched before being gunned down by feds outside a Chicago theater.