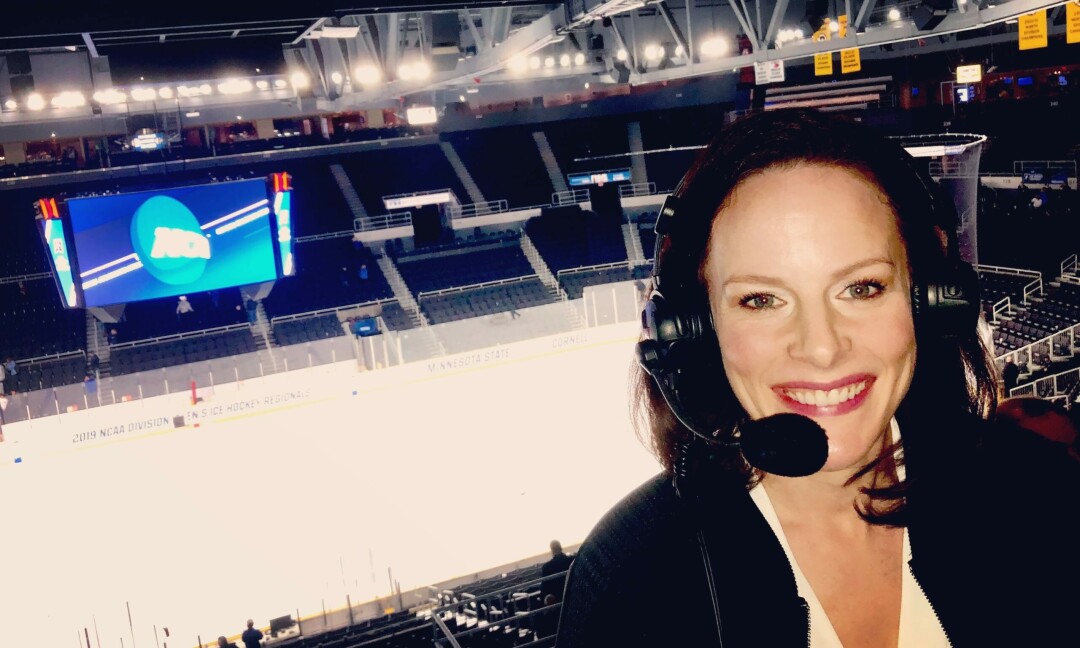 FOREST CENTER – In case you haven’t noticed recently, the women’s world of sports is finally receiving more recognition. I’m happy to say it has been a bit more than the token attention it normally receives.

Let’s face it – it has been a long road for women to establish their right to play and to build up sports, to do that within where they can compete against other women athletes. If you are from Minnesota and have been in or observed the sport of hockey, you’d know that a high percentage of players in the women’s game grew up competing against boys in their leagues. There either weren’t all-girls leagues established yet, and that was likely due to low levels of participation in the past.

But that has changed for the better. More youth hockey clubs are offering girls-only teams and leagues when program enrollment allows for that. As a young kid in the late ‘50s and ‘60s, I recall there were women’s team sports – mostly gymnastics, basketball, volleyball and swimming – to complement individual pursuits such as golf and tennis. But when it came to media attention given to these, it was minimal at best. It wasn’t until the later ‘60s, as the women’s rights movement took hold, that that changed a bit.

But the change was slow, real slow. That was no surprise. The sportswriting world was dominated by men back then and still is to an extent, but more and more women are joining the ranks.

In many ways, we are resistant to change. It begins with the recognition of an issue and vigorous debate about what needs to be improved. In this past month and week, we have seen two world-class women athletes going about their work and receiving their due for it.

But also in the news recently is a story about the travails of a woman hockey journalist who was faced with the wrath of sexism and maybe even some ageism. I need to point out her story too because there is still such a long way to go.

In mid-summer, tennis icon Serena Williams announced there was a strong chance that this year’s U.S. Open tournament would be her last “official” competition. For tennis fans and true sports fans who admire and respect the upper-level players in our midst, even if we aren’t big fans of their sport, this news hit hard.

Serena will turn 41 shortly. We all knew she was nearing the end of her competitive days, but once it became real, it wasn’t necessarily what we wanted to hear. So there was some sadness to deal with.

Certainly, she isn’t at her peak game at this point, although by her play last week, you wouldn’t know that. She got to the third round by beating the number two seed in the women’s bracket. That is no small feat at any age.

But the third round was the end of the road and the end of a fabulous career. On numerous sports blogs and articles where readers could comment, the haters, racists and sexist malcontents were out. Their comments displayed their lack of class and knowledge about the person and sport.

In a predominantly white sport, Serena and her sister Venus persevered. They carved their own path and became global sports megastars. If you understand how hard it is to become a sports hero, imagine doing that in a primarily white sport as a black American.

And they weren’t just good – they were the best for a while. Their records speak for themselves. I am pretty glad I got to watch their lives and sports careers unfold before me. From the public park courts of Compton, CA, to the biggest tournaments in the world, they became known worldwide by their first names, a feat achieved by very few in any endeavor.

While neither sister has made an official “I’m retired” statement yet, it seems like it is right around the corner. Congrats, and well done to both. To call you Champions just doesn’t seem adequate.

THE IIHF WOMEN’S WORLD Championships concluded today with Team Canada besting Team USA for the Gold Medal in a 2-1 hard-fought contest. During the week, U.S. forward Hilary Knight became the all-time points leader in IIHF World Championships with 87 points. (51G & 36A) She has also appeared in the most women’s worlds with a record 12 tournaments. In a major article about her new record, the question was posed as to whether or not she will be considered the best women’s player ever. For comparison’s sake, the players who were at the top of the heap in IIHF WC tourneys, Cammi Granato (USA) and Hayley Wickenheiser (CAN), got their points in fewer games than Knight. Granato’s records were established in a 44-game span. Knight took 64 to get to record holding status.

You might argue that she is doing so against an overall better level of competition, and that argument would likely hold up. The women’s game has vastly improved in the past two decades. Nonetheless, I don’t want to dig into all of the comparisons. Will she finish up as the “best ever”? I’m not certain. I could make a case for a top-five position pretty easily though.

Knight’s feat has made the headlines in the hockey media all over the world and in some other media in the States and Canada. It’s well-deserved, and Congrats to you Hilary!

THE LEAH HEXTALL story has been a study of past behaviors revisiting us today. Hextall is from a well-known Canadian hockey family. Her cousin Ron was an NHL netminder for 15 seasons with a Vezina and Conn Smythe trophy on his mantle. Her uncles Dennis and Bryan both played for the NorthStars years back, and Ron is credited with being the goalie to initiate the “goalie outlet pass.”

Leah took the path of journalism to get into the game she grew up loving. And when ESPN got the new NHL TV rights contract, Hextall joined the network to provide commentary and color. She was overjoyed at the chance to get further into something she truly loves.

And then, a short time into her ESPN stint, the full abusive, misogynistic and sexist behavior of the few pounced on her like a tidal wave. There was at least one death threat included in this onslaught.
It wasn’t until a few years back, but the more I read and researched online for my own work, that I began to see that some fans had gone off the deep end when it came to their opinions on sports broadcasters. I noticed that some fans were mercilessly critiquing some male broadcasters to an extent. But none of it compared to what Hextall has had to endure.

I’ve heard her call games. I’ve heard her analysis. She knows her stuff. But the misaligned part of the hockey world criticized her in total, looks, voice, style and whatever else they could think of. And not one of them understands what it takes to sit in that chair, or could do it for that matter.

Seems like we make progress only to walk right back to where we started from. Be tough Leah, and please, count me as a fan. PEACE