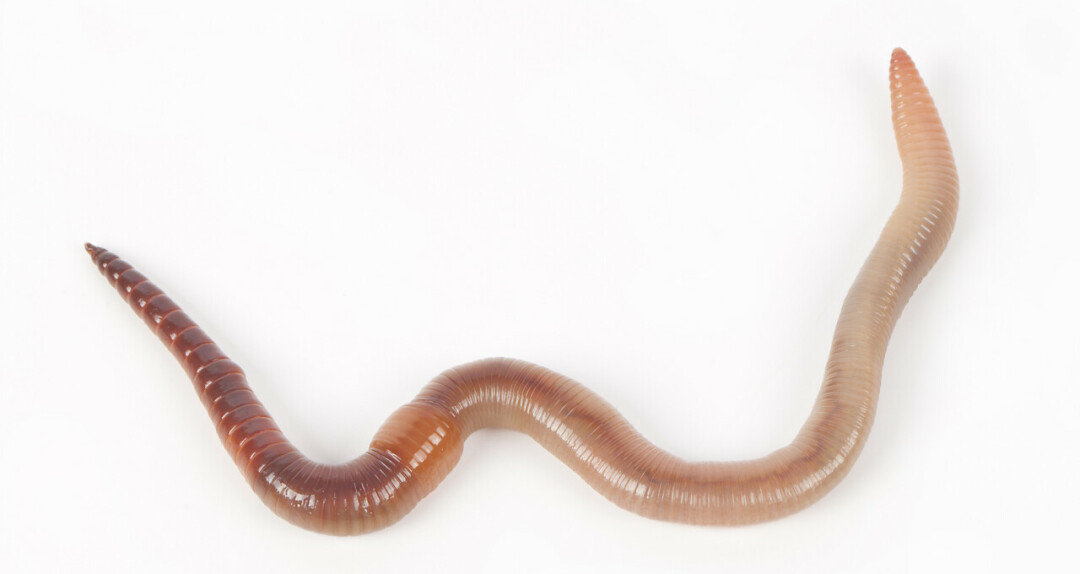 Becoming a small-town Iron Range worm king wasn’t exactly my plan, which was to be out of the house at night free of the parental Gestapo. But once the ball got rolling I was caught in a Gary Larson cartoon before I knew he existed.

I should have known, should have been obvious from just looking at a double-ended worm there’d be unexpected concerns. For one, worms aren’t especially durable. No armor. No skeleton. A worm’s a crawling gut, with SEX organs, an area of acute interest to an early teen. It galled me thinking worms more successful in some ways than I who was at the very top of the evolutionary ladder.

What good’s being up there? Even a useless greenie like me knew us vaunted humans weren’t top of the food chain. Far as skeeters, leeches and other such were concerned a human meant lunch. Short of sleep in grimy sneakers didn’t prevent a boy facing some philosophical deeps. In other words, I had to.

Problem one. If I was to keep gallivanting nightly I needed a place to run my business. Where? Not from my room requiring customers to traipse the entire house. A basement without an outside entrance meant going in the kitchen. I didn’t need to ask mother about that one.

Going door to door? Nope. I was stuck. Except luck and the worm gods stepped in. Just in back of our house we’d rented the garage of a vacant house where dad could store snow tires, the boat that rarely saw water and other accumulations.

“Dad, can I use the back garage?” “Sure, don’t make a mess,” meant “Why aren’t you playing baseball or something else that won’t bother me?”

Problem two. Settling problem one created problem two. I did not know this right away because a boy-mind full of god knows what nonsense was too elevated to consider the fate of a hundred crawlers left in a closed garage. The smell said it. Big stinky trouble.

My entire herd expired of heat related conditions. The same method “planting” fish guts as fertilizer worked to dispose of expired stock. To the good, needing fresh stock meant more excuse to prowl the night thinking I was a free man. But, loss of stock also meant lost profit.

A teen boy may not be neat and tidy, but can be creative to come up with a milk carton of ice as a system to cool worms while not drowning them, though at first much of my herd drowned without ever meeting a fish, not that they wanted to. Numbers of waterlogged worms ended up planted before I got around that problem, along with discovering a staggering amount of ice was needed to keep a worm cool and collected. Our freezer worked extra shifts.

Between the electric bill and cost of keeping me fed the worm business wasn’t a profit maker, not that I was counting. I was too busy with other matters.

The instructional side of worm ranching was more involved than this kid ever thought. Worm bedding was available, but had to be paid for, cash. Moss could be had free, but getting it involved biking to moss beds that rapidly depleted. Unlike dandelions, moss is not a quick crop. Moss depletion meant longer bike treks using up time I’d planned on wasting other ways.

To the good, moss isn’t, like sacked potatoes, heavy. If I’d been thinking I might have come up with a way to charge people to watch me juggle three sacks of moss on my three-speed. But I missed that chance and provided free entertainment.

As if I didn’t have enough to do, I decided it would be good to individualize each worm carton with clever words about Wormy Steve’s Worms. A good idea until dad found out, as he did about the sign (board with painted words) outside the garage. For familial peace, plus looking down the road a few years at learning-to-drive-days to come I lost the sign and all reference to paternal worminess. Mother had never been in danger. Even a dumb head such as me wasn’t numbskull enough to rile mother’s end of the food chain.

My search for young male freedom had taken a laborious turn that could have explained dad’s oddly smiling expression as I staggered around sleep deprived and wondering when the fun would start.
Home with my haul in the post-midnight hours, the herd had to be safely corralled in the basement so I could get a little sleep before being rousted to duty checking past containers. For two cents people expected a worm to be fresh and lively. Ones resembling cooked spaghetti had to go. Our trees thrived.

Checking old stock and setting up new meant getting into my moss reserves. Who thought a sealed garbage sack full of moss would turn bad so swiftly? More entertainment for neighbors watching me pedal off with a few sacks of spoiled moss to dump in the woods so I could return with more moss not to be left in a closed sack.

On their own in the wild worms don’t need care. Turn worm rancher trying to sell them and the universe goes inside out as the little buggers croak, spoil, stink and bedevil half a boy’s waking hours. But at least my appetite was good, partly explained by energy expended in the amount of handwashing I had to do before being allowed to sit.

Funny how it started with no desire to do anything but escape the house, which I did, but at a price. I wasn’t alone bearing the cost. Mother’s lament was not knowing what to do with me. I didn’t know either, but began telling her she was lucky having me: “Another kid might not be any easier, mom.”
Head shaking, she’d say words I was looking for, “Oh, go on with you.” “Thanks mom,” I’d race for my three-speed to return when hunger or worms called me home.