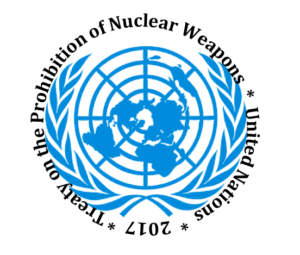 The Golden Rule says you should “do unto others as you would have them do unto you.” This is a simple, basic principle of civilized behavior. If more people, businesses or governments practiced this admonition the world would be a better place for everyone.

Wikipedia says the idea dates at least to Confucius (551–479 BCE). Versions of this aphorism can be found in many societies and most religions. In Christian teaching it is found in Matthew 7:12 in the Bible.
Many people in our country claim we are a “Christian nation.” Despite the Constitution prohibiting making laws “respecting the establishment of religion,” Christianity – especially Protestant Christianity – has dominated social, economic, legal and political life in America from our founding. But for all our religiosity the Golden Rule is little practiced.

There are two satirical versions of the Golden Rule that seem to be more widely practiced. “Those who have the gold rule” applies in politics, elections, and government. In many other social and business relationships “do unto others before they do unto you” prevails. We see this perverted principle in our gun culture, stand your ground laws and many other divisive aspects of our selfish society. There is little treating others with respect or Christian charity in many of our social policies.

In foreign policy our nation often does “unto others before”...even when those others have no intention or capacity to harm our nation. The “preemptive war” in Iraq in 2003 is a prime example. Killing people with drones, destabilizing governments we don’t like, imposing economic sanctions or invading other countries isn’t treating others as we would like to be treated.

The United States has for eight decades arrogantly assumed the right to “lead” and police the world. This has brought death and destruction to millions of innocent people. But we believe the United States is “exceptional” and the rules don’t apply to us.

Imagine what we would do if China sent aircraft carriers to patrol the Gulf of Mexico as we do in the South China Sea. Imagine how we would react if Russia establishing military alliances or bases in the Caribbean as we have done in Eastern Europe.

We know how we would react because this is what happened with the Cuban Missile Crisis in 1962 and it almost caused WW3. Today our pushing NATO expansion into Eastern Europe is a major cause of the war in Ukraine. We have 800 military bases all over the world and war ships in all the oceans of the world. Our militarized foreign policy could not be more hypocritical.

Robert McNamara, Secretary of Defense during the Vietnam War, has written, “What makes us omniscient? ...We are the strongest nation in the world today. I do not believe we should ever apply that economic, political or military power unilaterally. If we had followed that rule in Vietnam, we wouldn’t have been there! None of our allies supported us; not Japan, not Germany, not Britain or France. If we can’t persuade nations with comparable values of the merit of our cause, we’d better reexamine our reasoning.”

What would happen if we honestly reexamined our reasoning and behavior? Imagine how everything might change if we seriously applied the Golden Rule to our relationships with other countries or our domestic pubic policies. Certainly our aggressive militarism and excessive spending on war and preparation for war would change. For sure our complacent attitudes toward nuclear weapons would end. Instead of leading the world into a new nuclear arms race we would become the leading advocate for abolishing them.

Nuclear weapons are the biggest violation of Christian principles and the spirit of the Golden Rule our country has foisted on the world. We created these awful weapons and are the only nation to use them in war. We fueled the Cold War and the arms race that spread them across the world. Today we are a major obstacle to the United Nations treaty to abolish them.

Abolishing all nuclear weapons is the only way to ensure nuclear weapons will never be used or cause a catastrophic accident. Today we have a realistic, verifiable plan to abolish all nuclear weapons. It is the Treaty on the Prohibition of Nuclear Weapons. Eighty nine nations have signed the treaty and 66 have ratified it.

Nuclear weapons are not just bigger bombs. They are far more destructive than conventional weapons with long lasting consequences. The radiation, fallout and massive amounts of soot and dust injected into the upper atmosphere would be catastrophic for the entire world. Millions would die immediately and millions more would die of radiation, starvation and cancer in the decades into the follow.

Dr. Ira Helfand with Physicians for Social Responsibility summarizes these dangers and the solutions in the short YouTube video Can We Prevent Nuclear War. I would urge you to watch this video.
There is another Golden Rule. This one is not a moral aphorism. It is a boat. It is boat with an interesting and inspiring history. It is the first boat to be used in nuclear protest actions. It later inspired the work of Greenpeace. And the boat is aptly named The Golden Rule.

Albert Bigelow was the captain of The Golden Rule in 1948 when he and three other activists attempted to sail the boat to the Marshall Islands to disrupt U.S. nuclear weapons testing. His book The Voyage of the Golden Rule – an Experiment with Truth, describes his motivations:

This is “do unto others as you would have them do unto you” in practical application.
You can do you part. Contact President Biden and urge him to sign the treaty to ban nuclear weapons