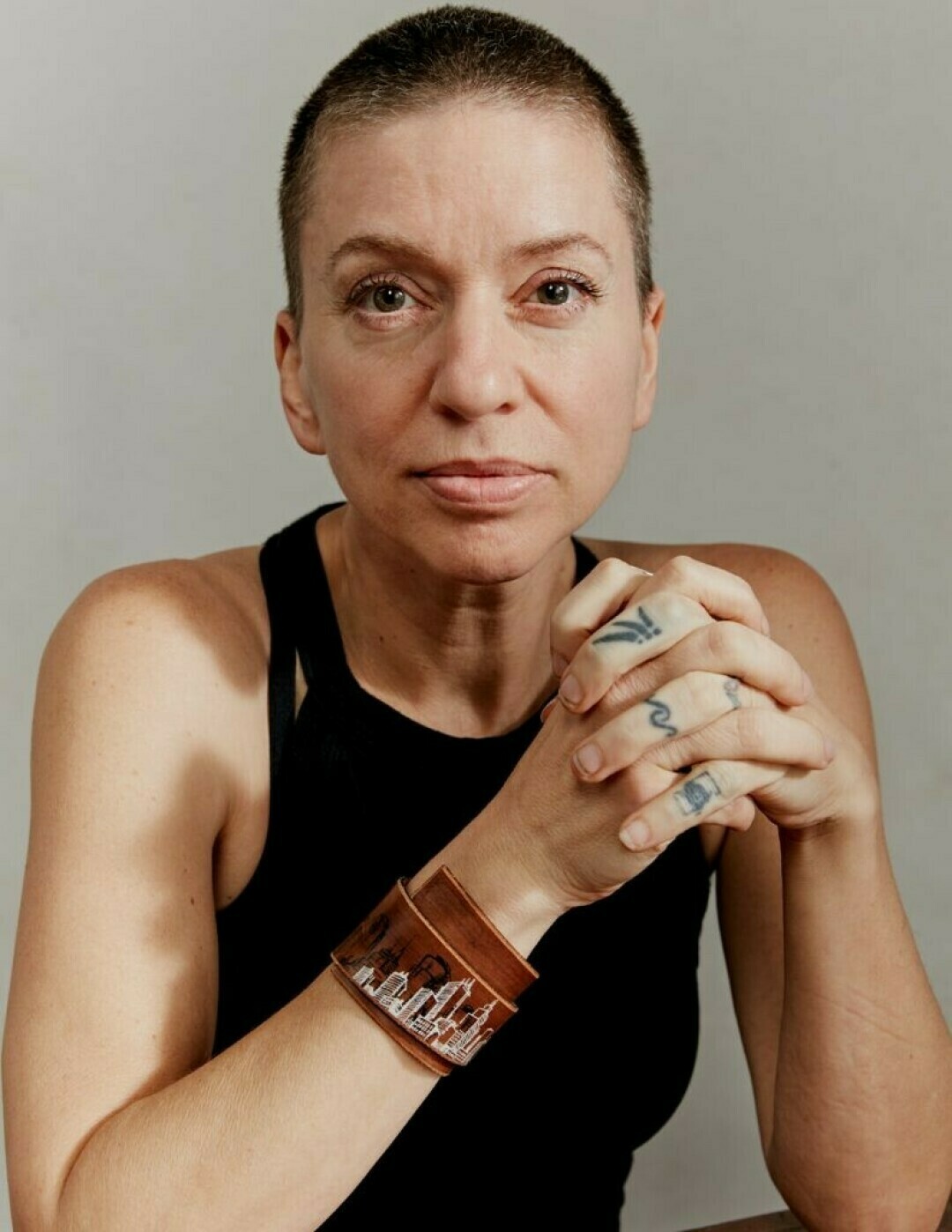 After telling Ani DiFranco how her tough publicist prevented me from interviewing her back around the turn of the century, and getting a totally unnecessary apology from her, we moved on to how she got involved in the second incarnation of the Water Is Life Festival happening at Bayfront Festival Grounds on Sunday.

“Yeah, well, I know enough to know that when Winona says jump, I say how high?” she joked.

Winona is, of course, Winona LaDuke, founder of the environmental justice nonprofit Honor the Earth, presenter of the Water Is Life Festival Sunday, Sept. 4 at Bayfront – a day of music, art and culture, along with local, organic food vendors and a representatives of a variety of organizations centered around sustainability, indigenous rights, climate and clean water.

“And you know, when my friend Amy of the Indigo Girls, calls me up and says, you know, we need you to show up for this. I say yes, ma’am,” Ani continued. “These are people who I deeply respect and the work that they do, so I mean, that’s one thing. I feel like what I’ve learned from my mentors is you just don’t question things like that. When you discern the good people of the earth doing the good work, you know, just showing up when they ask is like my life’s blessing. That’s what makes my life so freakin’ awesome!”

That awesome life found the 19-year-old Ani DiFranco inspiring both established artists and bedroom musicians with a DIY spirit that had her founding her own record label – Righteous Records at first, until she learned there was a gospel label with the same name, and then becoming Righteous Babe – to release her own music. She once referred to the label as “a people-friendly, sub-corporate, woman-informed, queer-happy small business that puts music before rock stardom and ideology before profit.”

Her mention of mentors required the question of who those people were.

“Pete Seeger comes to mind, immediately, and Utah Phillips,” she said. “It’s hard to even articulate. My sense memory of them, both of them, for example, is that when there’s work to be done, you just don’t hesitate. When there’s people that need help, you know, it’s a great blessing for you yourself to show up and help. I feel like there’s a selfish part to it too, because there’s that that feeling of everybody wins, or nobody wins is so deeply, deeply rooted in me. I know that my life will be better if I show up, you know, as much as I can. And Pete was such a shining example of that. He was a now guy, he was a yes guy, you know. And it was so powerful watching that example. He’d pick up the phone immediately and call the person directly. He wasn’t about putting it on a list and asking somebody else to look into something.”

That response about being engaged relates directly to Ani’s latest record Revolutionary Love, especially the title track, which I heard as a poignant and timely message in this most divided time.

“Yeah, that message,” Ani said. “I don’t know if you’re familiar with the work of Valerie Kaur, but the lyrics in that song are really drawn directly from her teachings, from her talks that she gives, and from her book that she wrote called See No Stranger: A Memoir and Manifesto of Revolutionary Love, a memoir and manifesto of revolutionary love. She talks about her life in activism, and she’s a lawyer and a filmmaker and activist and just a civil rights badass. She actually commissioned me to write that song and others that I wrote for her to sort of help her connect with more people. And then, that particular song, which was one of the handful that I wrote for her, it just became my own mantra. It illuminated me and my purpose to myself as well, you know, like, this is what I think I’ve been trying to do all these years in my way, and, you know, it helps so much to have somebody articulate us for ourselves. And yeah, so that particular song is a lot of Valerie’s articulations.”

I mention that the message is particularly needed now when half the population is off track (a percentage I chose based on a recent election).

“I’d have to have to argue with that half,” Ani said. “I think that we are obviously at a tipping point. And I agree there is weight, tipping us backwards. But I think that there’s more people in this country that believe in diversity, that believe in equality, equity, that believe in progress, that it’s not about buy more, sell more, grow exponentially. It’s about sustainability. And it’s about awareness and consciousness. So we are in a tug of war with huge consequences in this moment. And that sort of leads me back around to just saying yes, you know, and acting right now, because, for instance, these pipelines that Honor the Earth is raising money for, this benefit to fight more oil pipelines from tar sands, of all things, to save us from, I won’t even say, a potential ecological disaster, I will say, an inevitable ecological disaster of not just oil spilling into the water sources. into everything, but toxic chemicals along with it.

“I mean, just the idea that in this moment, let us step back and say, Are we going to continue investing everything into fossil fuel industries, an inevitable ecological disaster? Are we going to seize this moment and transition it all? I think we have the power to do that. So, the work of Honor the Earth is really on the forefront of this tipping point. There are issues where the struggle is that much more acute and essential. And I think certainly climate change and the fossil oil industry, if we don’t address that first, we don’t have an opportunity to address anything else except, you know, ecological disaster.”

When I tell her it makes me happy to hear that she’s more optimistic than I am, she laughs and days, “You know, that’s this moment. Five minutes from now you’ll hear me berating something on the TV. You know, it’s hard.”

In 2019, Ani released the memoir No Walls and the Recurring Dream: A Memoir, not knowing that it would open a new and unexpected door. She is about to release a children’s book called The Knowing.

“The memoir came out on Viking Penguin,” Ani said. “After it came out, the young readers department got in touch with me and said, ‘Hey, if you ever want to try your hand.’ I sat with that idea for a while and then I just decided to go for it. It was such a great challenge for me because my writing is very adult. And by that I mean there is a lot of nuance and innuendo and cultural reference and multiple meanings. There’s all this complexity that I build into my writing. That is not appropriate to children, they don’t know all those associations or the play on words. They’re just new consciousness. Eyes open to the world, and you have to speak in a very different way. So writing that book, and it’s actually a song too, there’s a recording that will be associated with the book. It’s literally a lullaby. For me, it’s a whole different headspace.”

It helped, of course, that she had read to her own two children.

“My youngest is nine, so it’s not too long ago that I was reading all the greats,” she said.

Plans are for a spring release of The Knowing.

“I’m pretty psyched about it,” Ani said. “And I think I might be able to do a follow up, so it’s kind of cool to have, after probably hundreds of Ani D songs, this different challenge. It’s nice for me to change it up.”