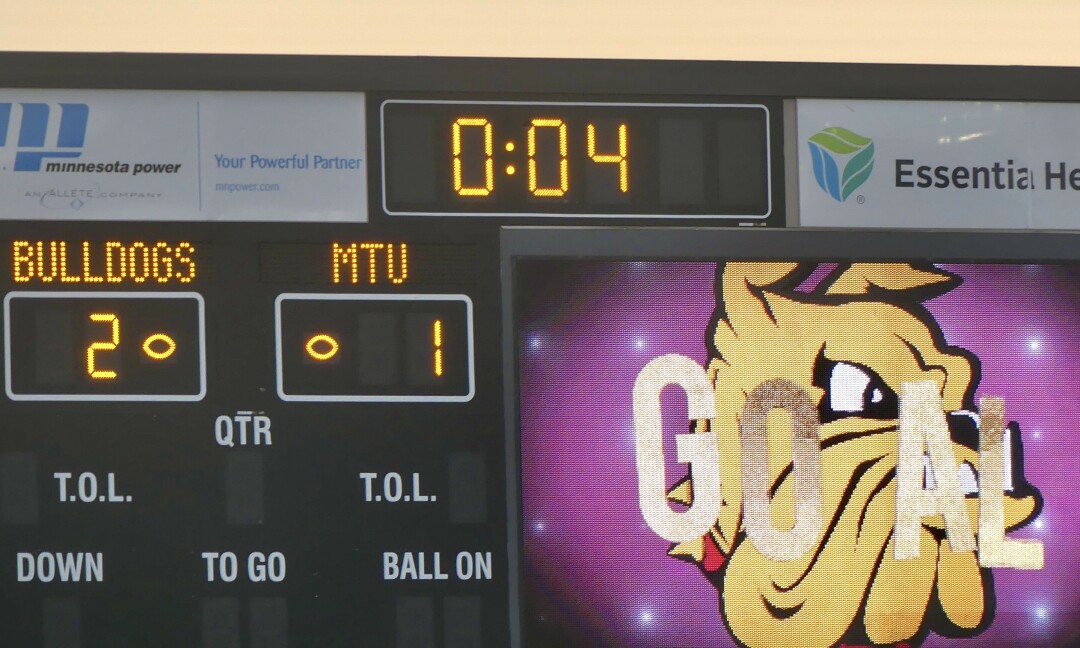 The UMD Bulldogs have a rare, mid-week season-opener in football, on Thursday, Sept. 1 at Malosky Stadium against Southwest Minnesota State, and it should be a valid test for the Bulldogs as they take aim at their annual run to the NSIC North championship.

But if the Bulldogs get off to a roaring start, maybe they should show some gratitude for the UMD women’s soccer team, which opened its season at Malosky last week. The Bulldogs lost 3-0 to Northern Michigan, in their second game, but they won a game that should be inscribed in the UMD sports annals when they opened with a 2-1 victory against a Michigan Tech outfit that came close to dominating the game – right up until UMD pulled the rug on Tech’s victory plans.

The setting was perfect, on a mild late August evening, with music blaring from big speakers outside the stadium, and free food and drink offered to all the new students who had just moved into college facilities. Nearly a thousand fans created a large audience to back the Bulldogs. For the first half, however, about all they could cheer for was the goaltending of UMD’s Jennifer Norris, who challenged shooters and made all the routine stops.

Tech had a big edge in shots as well as scoring chances, but the game remained scoreless until the Huskies Neve Barkalow found herself with the ball and a clear path between the last two defenders. She moved in quickly and chipped a perfectly placed shot that flew just over the outstretched fingertips of the leaping Norris and settled into the net.

Coach Greg Cane urged his players to keep working, and to their credit they held their poise and kept looking for openings in Tech’s defense. There were precious few, while Norris had to make several big stops against the Huskies to hold the 1-0 deficit.

When halftime came, perhaps some instructions should have been given out to the fans, who poured out of the seats and headed for the free food. Most of them never came back, which is unfortunate, because the soccer team had more staying power and pulled off one of the great comebacks in its history.

After 82 minutes had been played, the Bulldogs still trailed 1-0, but scored a goal similar to Tech’s. Jacqueline Jares was in the right place at the right time when Myra Moorjani knocked the ball in front of the goal.

Jares chipped her shot up and over Techs goalkeeper, Gracie VanLangeveld, and the Bulldogs may have even surprised themselves by gaining a 1-1 tie.

Tech came right back at the UMD goal, and again, Jennifer Norris came through. After a couple of routine saves, the Huskies had a promising threat from the right, but just as the shooter fired, Norris resembled a hockey goalie as she rushed out and cut down the angle, smothering the shot. That came shortly after the announcer said, “One minute remaining.”

The Bulldogs cleared the ball out of danger, and moved it up the left side. Anna Tobis got the ball to Jared, who carried the ball into Tech’s end as the announcer read the traditional ending to a soccer game: “Ten seconds remaining, nine, eight, seven, six, five…” and with that, the ball was crossed from left to right in front of Tech’s goal, and Abbey Radermacher got off a wide-angle shot from the right side.

VanLangeveld leaped in the scramble, but the ball glanced off her fingertips and caught the left edge of the netting.

The clock showed 0:04, and UMD celebrated a surprising and dramatic 2-1 victory. VanLangeveld made three saves in the game, while Norris made 12, but the Bulldogs showed great poise when things looked hopeless, and their camaraderie and teamwork brought the kind of victory that could have after-effects in UMD’s favor as the season progresses.

It could be an interesting fall around UMD, with the football team loaded with talent, and the volleyball team replenished with a number of new players and sure to move back up into NSIC contention.

So if soccer can get rolling into conference play, the students – old and new – will have a good time no matter which team they follow. 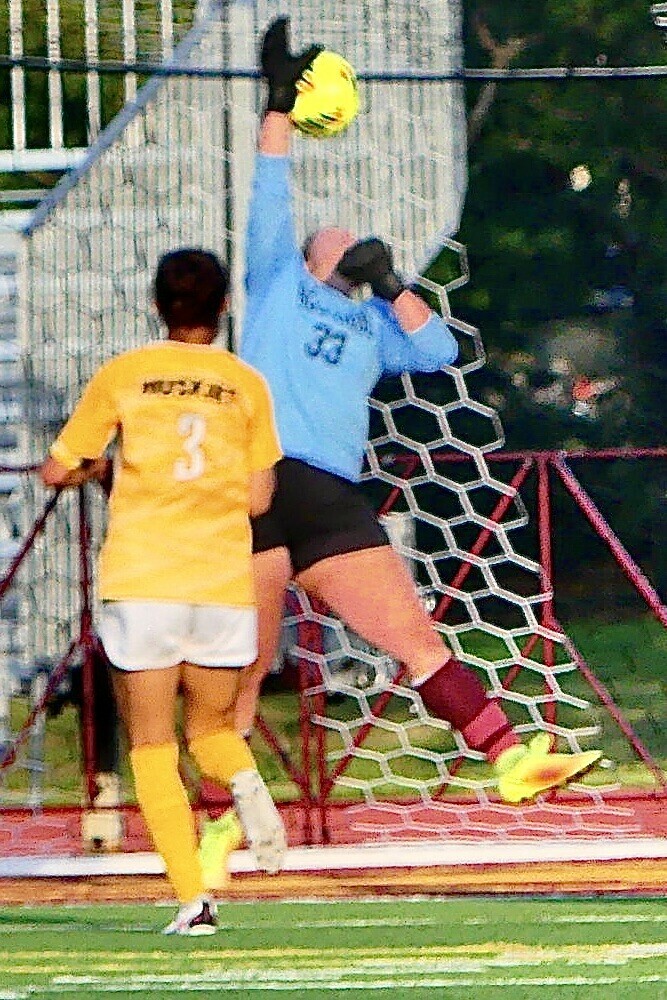 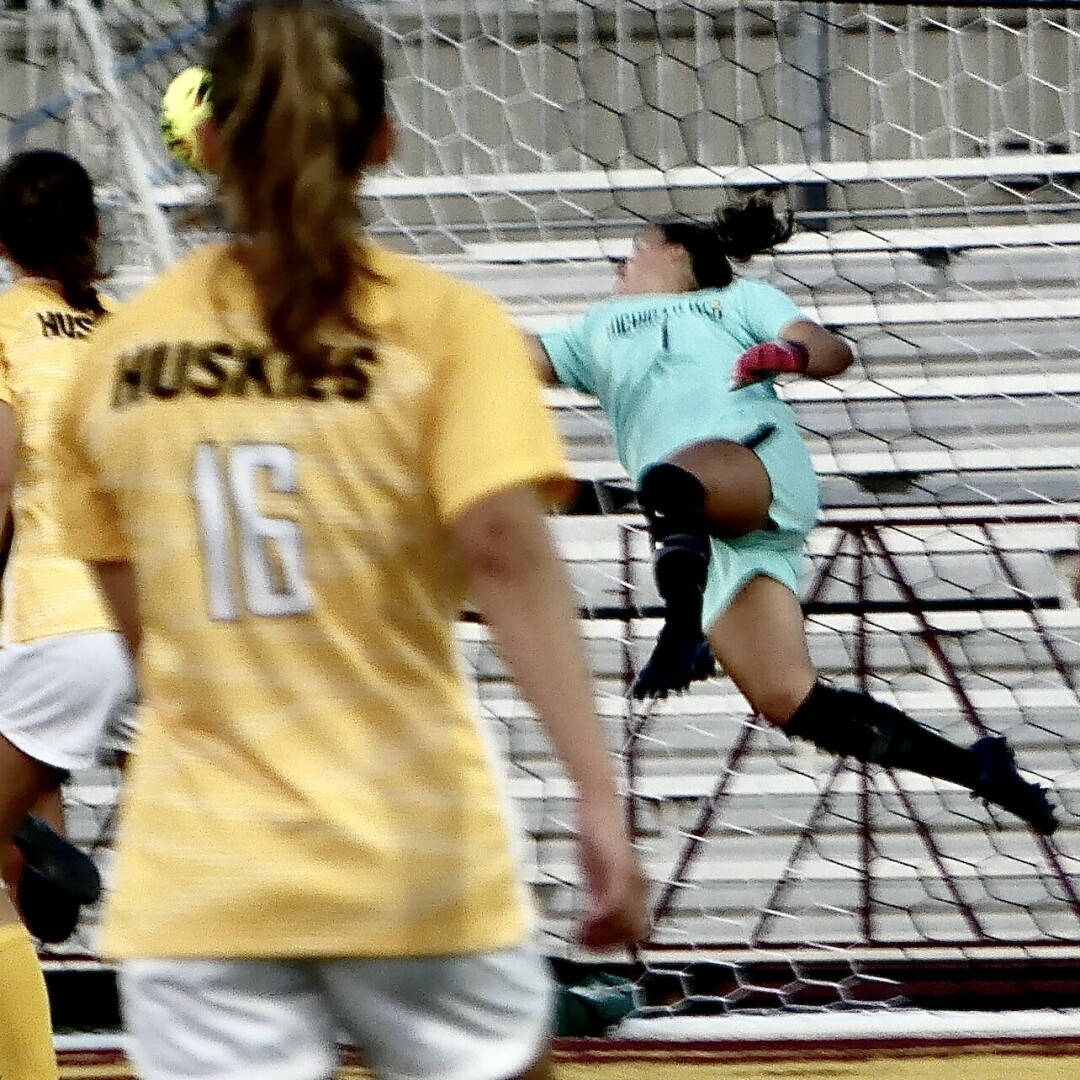