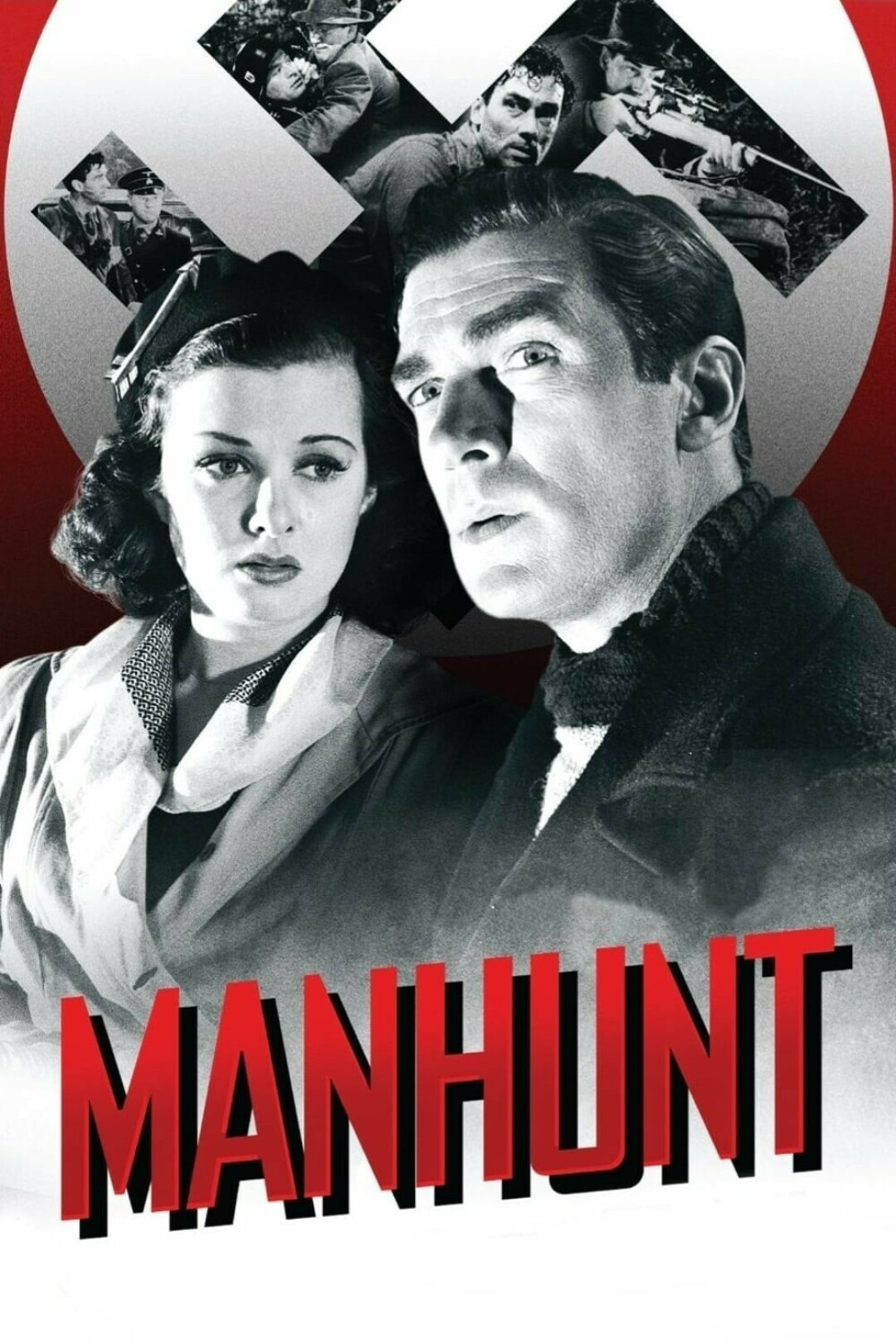 You have to imagine the assassination of Adolf Hitler was a common fantasy among Americans and their allies during World War II.

It was even common among his countrymen during his dozen years in power. Everyone’s heard of Valkyrie, but there were 11 known attempts on the Fuhrer’s life before he started the war and at least a dozen more after the fall of Poland in 1939 up to the close attempt known as Valkyrie on July 20, 1944.

In 1940 20th Century Fox offered a script to he-man director John Ford, with a plot involving a big game hunter stalking Hitler. Luckily, Ford turned it down and the job went to Austrian Frtiz Lang.
Lang had established himself as a groundbreaking director at the German studio UFA with works such as the masterful film noir precursor M.

Lang left Germany for Paris after being asked by Hitler’s henchman Joseph Goebbels to head up UFA studio.

Lang detested the Nazis, a fact he would emphasize with his four Hollywood anti-Nazi films. He arrived in Hollywood in 1936, and three years later became a naturalized citizen.

Lang was also a founder of the Hollywood Anti-Nazi League, which is why the script for Man Hunt seemed suited for him. It became the first of his four anti-Nazi films, which include Hangmen Also Die! (1943 – a terrific movie I wrote about last August. duluthreader.com/articles/2021/08/05/119014-scary-nazis-vs-brave-czechs), Ministry of Fear (1944) and Cloak and Dagger (1946).

The movie was sourced from a 1939 story serialized in Atlantic monthly and eventually novelized with the title Rogue Male, written by prolific British novelist Geoffrey Household.

The dictator who comes under the sights of the unnamed big game hunter in the novel is also unnamed, but everyone knew Household had meant the unnamed despot to be Herr Hitler.

The movie begins with a words that say: “Somewhere in Germany shortly before the war.”

The camera zooms into an idyllic landscape, first focusing on boot prints, and then Capt. Alan Thorndike (Walter Pidgeon) carefully making his way through the woods near armed Nazi guards on a cliff overlooking Berghof, Hitler’s mansion in Berchtesgaden

He sights Hitler, aims, pulls the trigger on his empty rifle, then gives a laugh and wave, as if that was all that was intended.

Then he stops, decides to load a bullet into the chamber, and we get a close-up of his finger beginning to squeeze the trigger. Then the camera pulls back. We see a leaf drop onto his rifle, which Thorndike swipes away, just as we see a Nazi guard coming Thorndike’s way. The nosey Nazi jumps on Thorndike and the gun goes off, but the shot goes wild.

He is captured and brought to a Nazi compound where the great George Sanders portrays the oily Nazi Major Quive-Smith, who also happens to be a big game hunter and admirer of Thorndike.
Thorndike doubts Quive-Smith’s credentials as a hunter when he doesn’t understand the concept of “a sporting stalk.”

“I never intended to shoot. I only wanted to see if it was possible,” Thorndike explains.

When Quive-Smith admits he does not know, or even understand, the term, Thorndike explains that it is “stalking the game you’re after for the fun of it, not to kill,” and that, currently, Hitler is the biggest game on Earth.

Quine-Smith does not get the concept, so does not believe Thorndike. However, he offers a deal to release Thorndike if he will sign a statement saying the British government sent him to kill Hitler.
Proper British gentleman that he is, Thorndike refuses to sign and is turned over to a couple of SS thugs to be worked over. They take him into another room and the Foley team goes into action – Biff! Boff! Kung pow!

When they can’t break him, Quive-Smith decides to get rid of Thorndike by pushing him off the cliff where he was captured, hoping to make his death look like an accident. But Thorndike survives the fall, and with the help of young Roddy McDowell as a cabin boy, Thorndike makes his way back to England, pursued by Nazis who want to stop him from telling his story to the British government.

Back in foggy old England, Thorndike befriends Jerry Stokes, a lovely lower-class woman played by Joan Bennett doing her best to sound like a cockney lass.

The rest of the movie is a cat-and-mouse game, with the Nazis trying to stop Thorndike from relaying his story to the British government, and the uppercrust Thorndike having to maneuver through the lower depths of London with people he would not normally encounter in his privileged existence.

Lang was a master of German Expressionism, and from that film noir was born. Man Hunt is full of it.

I had not heard of Man Hunt back in 1976 when I was living in England and the BBC released a version with the original title of Rogue Male, and starring Pete O’Toole in the title role, but renamed with the rather obvious Sir Richard Hunter.

The one major difference between Lang’s movie and the BBC production is in the torture scene.

Hollywood of the 1940s was much too conservative to show details of the protagonist’s torture by the Nazis. They take him into another room and the Foley artists provide us with sounds of abuse.
Not so at the BBC. They let us see enough to know that the Nazi torturers pulled out all of Hunter’s fingernails, a dilemma he is forced to deal with throughout the rest of the movie.

With the release of that BBC production, author Geoffrey Household was interviewed and revealed why he had not named the dictator in his 1939 story: “Although the idea for Rogue Male germinated from my intense dislike of Hitler, I did not actually name him in the book as things were a bit tricky at the time and I thought I would leave it open so that the target could be either Hitler or Stalin. You could take your pick.”