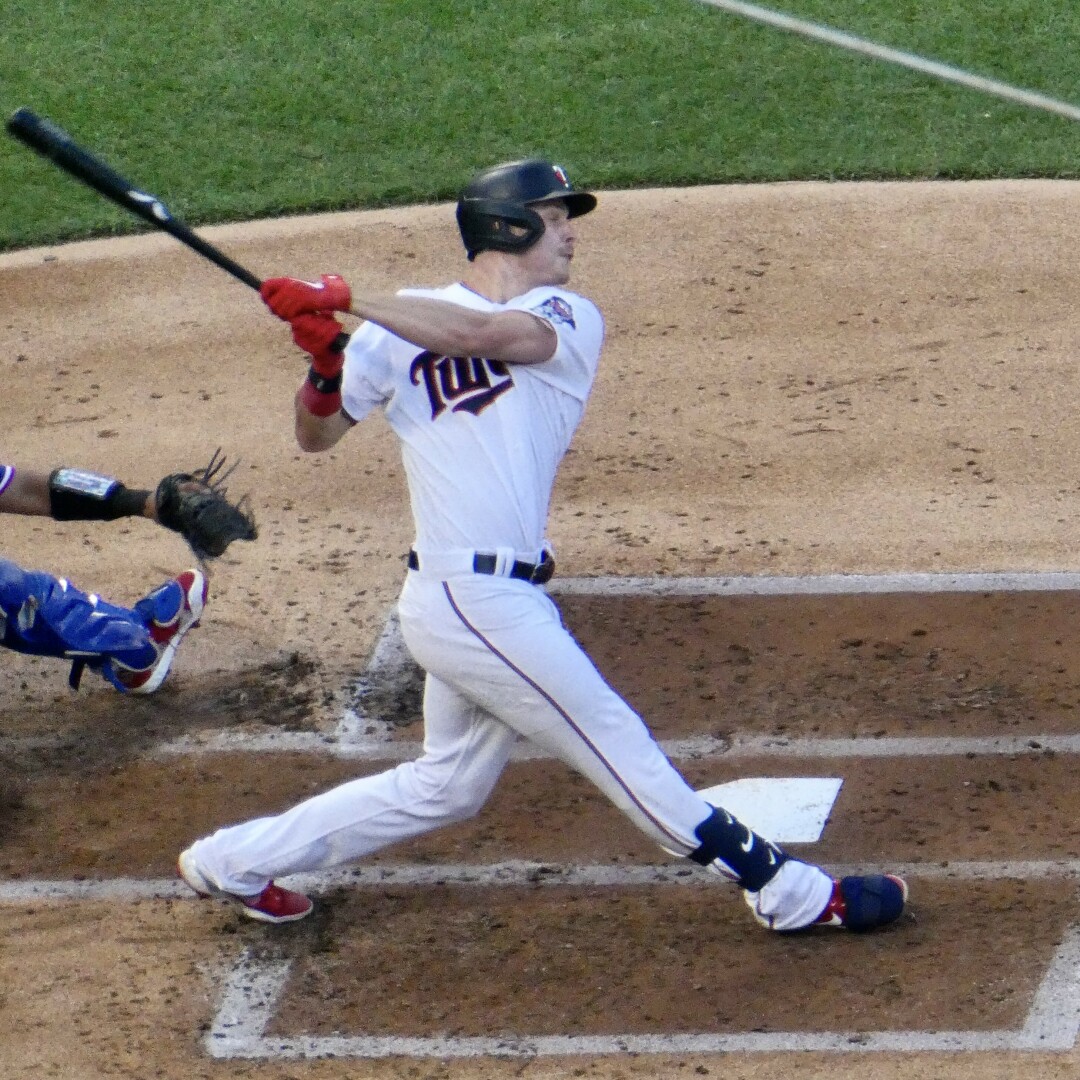 Just dealing with the headlines of the past week was a full-time job, and there was too much information crammed into those headlines to keep an eager sports fan up half the night, as well.

Lefty called about a month ago to invite me to a Fighting Saints reunion, to be held at Tom Reid’s Hockey City Pub, which is a long slapshot down West Seventh Street from Xcel Center. He said it would last from 11 am to 4 pm, on Saturday, Aug. 20, and I said I wouldn’t miss it.

My wife, Joan, went with me and we got up about 6:30 am to ensure us making it, and we negotiated I-35 and parked directly out in front of Tom Reid’s.

We talked about how much fun it would be to reacquaint ourselves with Bill Butters, Jack Carlson, Len Lilyholm, Gary Gambucci, Mike Antonovich and all the rest of the guys who brought that money-strapped franchise to life and endeared themselves to hard-core hockey fans in the process.

At first we thought Lefty couldn’t have made such a mistake, but then, he’s a goalie. He also had mentioned that the get-together would also serve as a book-signing spot for the just-released book A Slap Shot in Time.

It was written by a fellow who is a teacher and a diehard hockey zealot, who wasn’t even alive at the time the Saints carved their colorful niche in the World Hockey Association.

Dan had called me and suggested a collaboration of sorts, but since I have all my notebooks from covering those teams and he wasn’t born at the time, I wasn’t sure what he could offer. When the book came out, he sent review copies to pretty much every media type in the state. But I never got one.

When we were sitting at a table waiting for a quesadilla, he came up and introduced himself. He seemed flattered that I’d show up, and my annoyance was soothed when he showed me the attributions at the back of the book. There are 150 articles that Whenesota found in the online archives of Newspapers.com, so he is freed from the threat of plagiarism on some of the unique stuff.

“John, Thank you for all you did documenting the team’s history,” Dan wrote in the copy of the book he traded me for my Miracle in Lake Placid book from two years ago. I haven’t had time to get into the book yet, but I will do so, and I will report back. I told Dan I admired his courage in writing a book about things that happened before he was born.

Lefty did a great job trying to rally the former players for the event. Carl Wetzel drove in 50 miles to make it, and Henry Boucha was there, although the former Warroad sensation lives in the Twin Cities now. Bill Rhody was there, pointing out to everyone that he had been the Saints equipment man. I suggested to him he should also boast about being a goaltender at South St. Paul in his playing days, when I wrote about him.

Sure enough, Butters, Carlson, Antonovich, Gambucci, Lilyholm – none of them showed up. So as a reunion, it was a bust after Curran had worked so hard to get everyone invited.

Joan and I left about 3 pm, said our goodbyes and wondered what to do. Now, Joan loves to go to one Twins game a year, and we hadn’t gone yet, so she got online and ordered two tickets up high in the second deck, up the right-field line.

The game dragged for much of the way, because the Twins simply couldn’t string any hits together – or even get any hits that weren’t strung together – until late in the game.

Max Kepler got a hit, and Jose Miranda – one of the reasons I was most interested in watching the Twins live – hit one into the gap. Kepler, who seems to be breaking out of a season-long slump, looked like an Olympic spring candidate as he raced to second, third and came sliding across the plate for the run that got the Twins into the game.

Miranda, as a rookie, stands second only to Arraez in batting average this season. Arraez at .327 leads the American League, and Miranda is hitting .280.

Byron Buxton, still being touted as the face of the franchise, is hitting .224. He has 28 home runs, which is great, and has walked 34 times. He also, however, has struck out 116 times. Horrible.

Earlier last week, UMD held a press conference to introduce Forrest Kerr as its new athletic director. He’s been at Northern Michigan for a decade and led the Wildcats to considerable success. I told him I haven’t gotten to know him yet, but he sounds like he will bring honesty and integrity to the position – something that hasn’t always been the case.

He also said while his family loves pasties, an Upper Peninsula staple, he hasn’t yet arranged to have them shipped to the family here in Duluth. I told him Johnson’s Bakery on Grand Avenue in West End makes excellent pasties. He needs the guidance; he was a goalie.

At the Twins game we got lucky in choosing the game where former manager Ron Gardenhire was being inducted into the Twins Hall of Fame. Well-deserved.

The next day, back home after the Twins forced extra innings but lose 4-2 to Texas in 10, they introduced Dan Gladden and the family of Cesar Tovar. Tovar’s family gave a heartfelt thank you, but Gladden?

You had to have heard it to appreciate the absolute lack of class by the hustling-but-mediocre outfielder. He zinged a number of his former teammates, then he got choked up thanking his mom. But he ended his speech by saying his mother is unique, “because she can walk and fart at the same time.”

Gladden has become famous as the radio color commentator on Twins games, but his claim to fame for the Twins was that he scored the winning run in the seventh game of a World Series. I remember seeing it on television.

Scoring the winning run is nothing compared to the guy who got the hit to drive in the winning run.
And if they had gotten the right guy, the Twins, Gladden’s family and all of us would have been spared the embarrassment of Gladden’s acceptance speech.