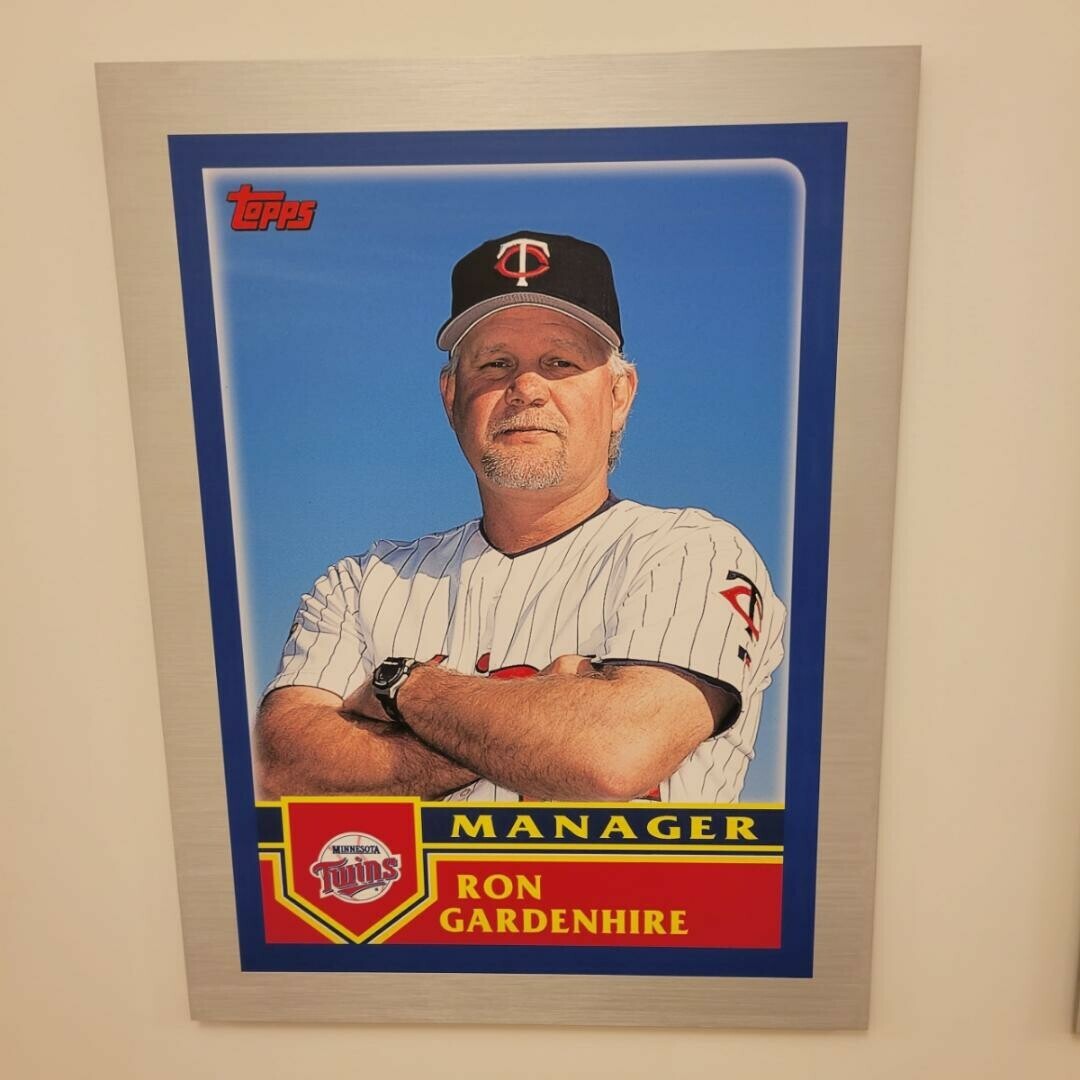 Congrats to all three very deserving entrants to the Hall. The late Tovar was a star player of my youth, and honestly, he was not at superstar level but could play some competent baseball wherever you put him in the lineup. In fact, one of his claims to fame was his ability to play at any position.

In a game in 1968, he became only the second player in MLB history to play all nine positions in the field in a single game. In this game, he started as the pitcher and struck out future BBHOFer and prolific homerun hitter Reggie Jackson.

Tovar holds the all-time record for breaking up no-hitters at five games, along with one other major leaguer. And between his major league service and his time in various South American leagues, Tovar participated in a total of 40 seasons.

Cesar died prematurely at the age of 54 in Caracas, Venezuela.

Dan “the Dazzle Man” Gladden came to the TWINS via a 1987 trade from the SF Giants and quickly became a fan favorite. If Pete Rose was known as “Charlie Hustle,” certainly Gladden had to be Charlie Hustle Jr.

One of my first and favorite memories of him was in the 1987 World Series when he hit a Grand Slam in Game One of the series against the National League Champion STL Cardinals, helping the TWINS to a 10-1 G1 victory.

With my second favorite team of all time as the TWINS opponent, I was probably going to be happy no matter who won. But the Cards already had nine WS titles under their belt then, so it was easy to stick with my favorites.

The TWINS would go on to prevail in a seven-game thriller of a series and become champions.
Not many fans likely recall that it was Gladden’s eighth-inning RBI double that provided the game-winning run that day, etching Gladden into Twins history forever.

My other favorite Gladden moment would occur in the 1991 WS versus the ATL Braves. Like the ‘87 series where neither team won a road game, this series went the full seven tilts. And in a G7 that helped put this WS into a category of being perhaps the best WS in MLB history, the Dazzle Man played a role once again.

This tilt was tied at 0-0 after nine frames. The Twins had a one, two, three inning in the top of the 10th against the Braves; then it was their turn at the dish.

Gladden led off with a single. Then through a series of other plays in the field, he ended up at third base as the potential winning run. Manager Tom Kelly sent Gene Larkin to the plate as a pinch hitter, and the rest is baseball and TWINS history.

What I remember the most about the moment was that for at least nine and a half innings, this game had to be a drainer on the fans in attendance. The anticipation, the emotions, by the time the game got to this moment in time, many fans had to be just plain wrung out.

For myself, I had to exit my home in Larsmont and pace on the beach between each inning. I couldn’t take it. Now, I was pacing in the living room.

At the exact moment, the crowd “background” noise was somewhat minimal. It was like the fans were either catching their breath or were totally exhausted at that point. Even in a 0-0 situation, with little offense to have cheered about, the tension within this game was palpable, to say the least.

So, Braves pitcher Alejandro Pena goes into his windup and fires his first pitch to Gene Larkin. Since it was still a bit quiet in the background, you could actually hear that moment when the ball made contact with the bat. It went airborne, and the next thing I recall hearing was the sound of every TWINS fan in the MetroDome inhaling, taking a deep, deep breath as the ball sailed toward the depths of the outfield, over the heads of the Braves outfielders.

The next sound I heard was everyone cheering at the top of their lungs, knowing that as soon as Gladden touched home plate, another WS title would be in the Twin’s hands.

The best part of that? It was when Gladden approached the plate, with all of his teammates awaiting him to finalize the deal, the umpire with his arms outstretched to give Gladden a clear path to the plate, and then Gladden didn’t just touch home plate. He stomped on it. And then it was on.

More than 100 decibels of positive fan fury was unleashed in a celebration that probably made 1987 look like a practice run. That was my favorite Dan Gladden moment ever.

There are TWINS fans, and then there are those who consider themselves in the upper echelon of TWINS fans. I hope I’m at that level, even if just due to my longevity as one and for having watched them since the very beginning.

I bring it up because to this day, when I watch a replay of that moment, there is a strong chance I’ll be dealing with some tears. It was that great of a moment. How many fans are that into it? I don’t know the answer to that.

1991 was Ron Gardenhire’s first season with the team after working in the club’s minor league system for three seasons after ending his MLB playing career with the NY Mets.

While managing there, he had a second-place finish and two first-place finishes in the Midwest and Southern Leagues, respectively.

For a true baseball man, winning a WS title in your first season as a major league coach had to be a top-of-the-world experience for the coach known affectionately as “Gardy” to his steeds.

But Gardy would soon become known for other baseball stats as well. He took over the managerial duties from the legendary Tom “TK” Kelly in 2002. The TWINS were in the middle of an eight-season malaise that had the fans and the team management in a solid funk. The team put up a solid 803-656 win-loss record in his first nine seasons as the Twins skipper. They won the AL Central title six times under Gardy’s leadership.

On the downside, in six seasons of playoff appearances under Gardy during that span, the team went 1-6 in seven series.

The NY Yankees were the biggest nemesis of their opponents, eliminating the TWINS in four of those series.

The remainder of his TWINS tenure was unremarkable, and he was relieved of his managerial duties at the end of the 2014 season.

Gardy has his spot in the MLB record books, though! He is 7th all-time in managerial ejections from MLB games! The Brave’s former manager, Bobby Cox, holds the record with 162 ejections! Gardy comes in at 84, and I don’t see any current managers sneaking up on him from behind. I think he’ll hold that spot for a while!

Congrats to all three inductees! PEACE