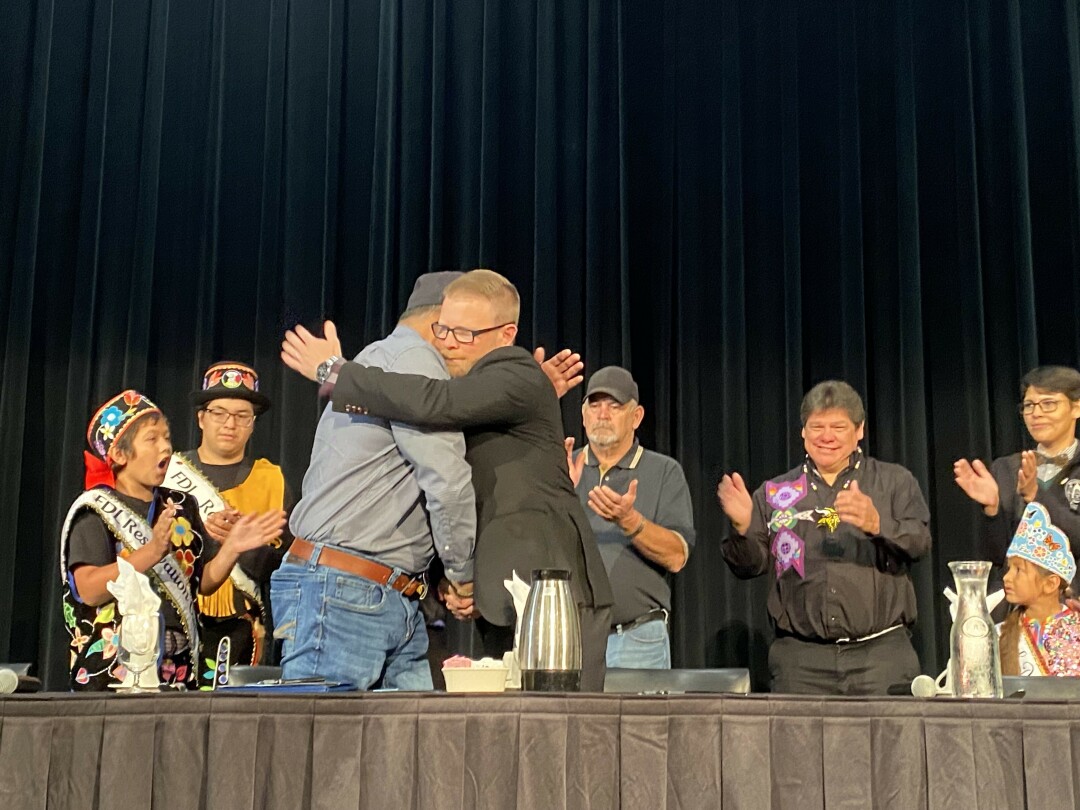 “The world is upside down and our challenge is to right-side that world,” said Fond du Lac elder Ricky Defoe. He was the opening speaker for the historic ceremony Aug. 18 to transfer ownership of Native American burial land on Wisconsin Point back to the tribe.

The burial ground was dug up in 1918 because U.S. Steel planned to build ore docks there, though the project never happened. Remains were transferred to St. Francis Cemetery in Superior. In the agreement the city also deeded land to the tribe to access the St. Francis site.

Wisconsin Point “has been a key connector for this community and all kinds of communities for thousands of years,” said Thomas Howes, Fond du Lac natural resources manager. “People say the river and lake is the center of all good things.”

“Today’s land transfer does not undo the past,” said Gov. Evers. “It does not make up for years of trauma, loss of culture and identity, and the intergenerational effects on families. As a state we share this responsibility with the federal government … for making things right for future generations.”

The event was clearly an emotional one for Van Sickle, who at first stalled in her speech, then spoke in a Native language, which she then translated to, “When you elect different people get different results,” which drew thunderous applause.

Dupuis said the land transfer process started back in 2004, when he went to meet the U.S. Secretary of Interior to discuss a land transfer for a parcel in Cloquet, and he brought up Wisconsin Point. “I made the statement. ‘You took it away with the stroke of a pen, you have the ability to give it back to us with the stroke of a pen.’ And everyone in the room starting laughing but we were dead serious …

“What the big piece about all that, and for the ones who are not Anishinaabe or Indigenous, it’s hard to explain the feeling that you have deep inside of you, and to take a look at something that no matter if you’ve lived there, or when you visit there, you know you are part of there.”