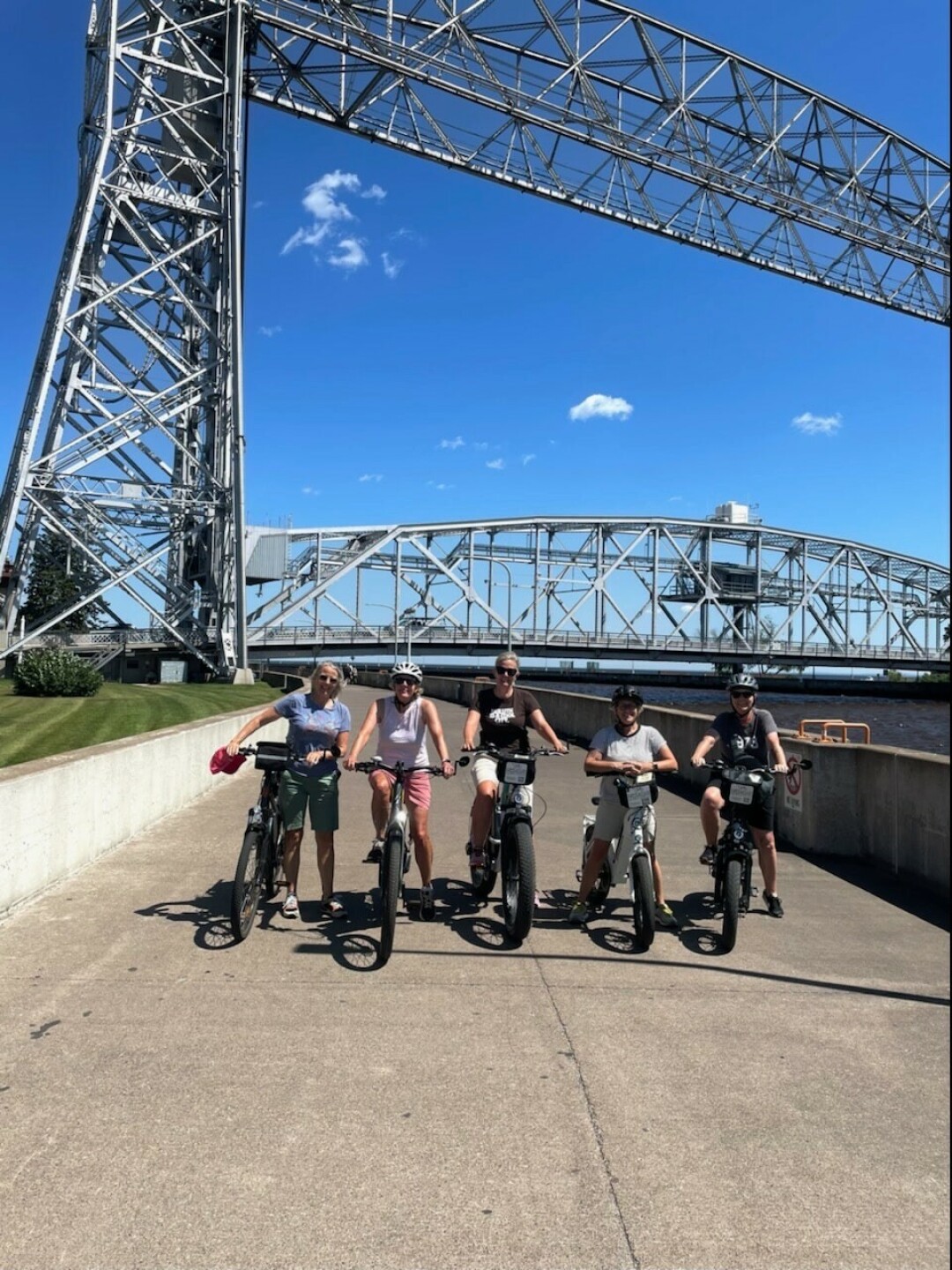 Technology or the lack thereof can make a particular geographic spot fun or not-so-fun. People now visiting Death Valley in an air conditioned SUV carrying 10 gallons of water and six different kinds of snacks are sure to appreciate the colors and rugged beauty of this arid wasteland more than a lost Conestoga wagon party with the vultures circling overhead.

Modern technology has now made the Donner Pass safe enough to enjoy the majestic mountain views instead of cursing those same mountains like I’m sure the technology-deficient 1846 doomed Donner Party did.

If you want to go around town on a bike, an e-Bike can let you focus on the beauty of Duluth’s hills instead of dreading them. You can still get plenty of exercise but don’t have to worry about whether you have the strength to go to the place up the avenue instead of the one down that flat street (Duluthians know generally avenues are steep and streets are flat.)

An e-bike can make riding up Lake Avenue as easy as peddling by an Iowa corn field. An e-bike kind of flattens Duluth.

“More people are replacing vehicle trips with e-bikes trips,” said Community Engagement and Marketing Manager Rachael Sand. “You don’t have to pay for gas and you can get around town even with the hills.”

Locals have bought e-bikes to commute and locals and tourists rent e-bikes to enjoy Duluth’s outdoors without having to pay the often “steep” price involved. People interested in e-bikes can also try one out before deciding to buy.

There is still an incentive to exercise and add your own energy to the energy coming from the battery. The more you peddle the more range you have.

Even if you don’t have to go far you can make it a game to see how much energy the bike has left after use. An owner/commuter can see how many days they can go without a charge.

“You just charge your battery and you should be able to go at least 30 miles but often significantly more like 50 to 60 miles,” Rachael said.

You can choose to put in just the amount of effort you feel comfortable with. You can also increase it later after you get in better shape.

Now most Duluthians are also aware of the many electric scooters in the area. These are also great and I will talk about them sometime. They have some great features but e-bikes have some advantages you should consider. Here in Duluth, you could easily try out one of each on the same day.

According to Rachael, scooters would not work so well on, for example, the most-popular route renters take when starting at the shop. The route first goes up the steep, scenic and heavily wooded Seven Bridges Road. You can enjoy the many waterfalls and deep gorges along the way.

After this people make a left on Skyline Boulevard and end up overlooking Lake Superior from Hawk Ridge. Part of this route is a steep gravel road that scooters would have a hard time handling.
Rachael said there are even sections of the Lakewalk that are difficult on scooters.

The other thing is the range. By conserving bike power a person can go really far on an e-bike. Even if a person totally runs out of power, they can muscle the rest of their way back.

Hopefully, they have already gone over all their hills.